A real hope in the long term

Having come close to that title a year earlier, on 25 April 1981 the Real Sociedad won the Spanish league for the first time in its history. If we take a look at that squad, we see that a 17-year-old boy named José Mari Bakero played just over 1,400 minutes. Although it was not common, […] 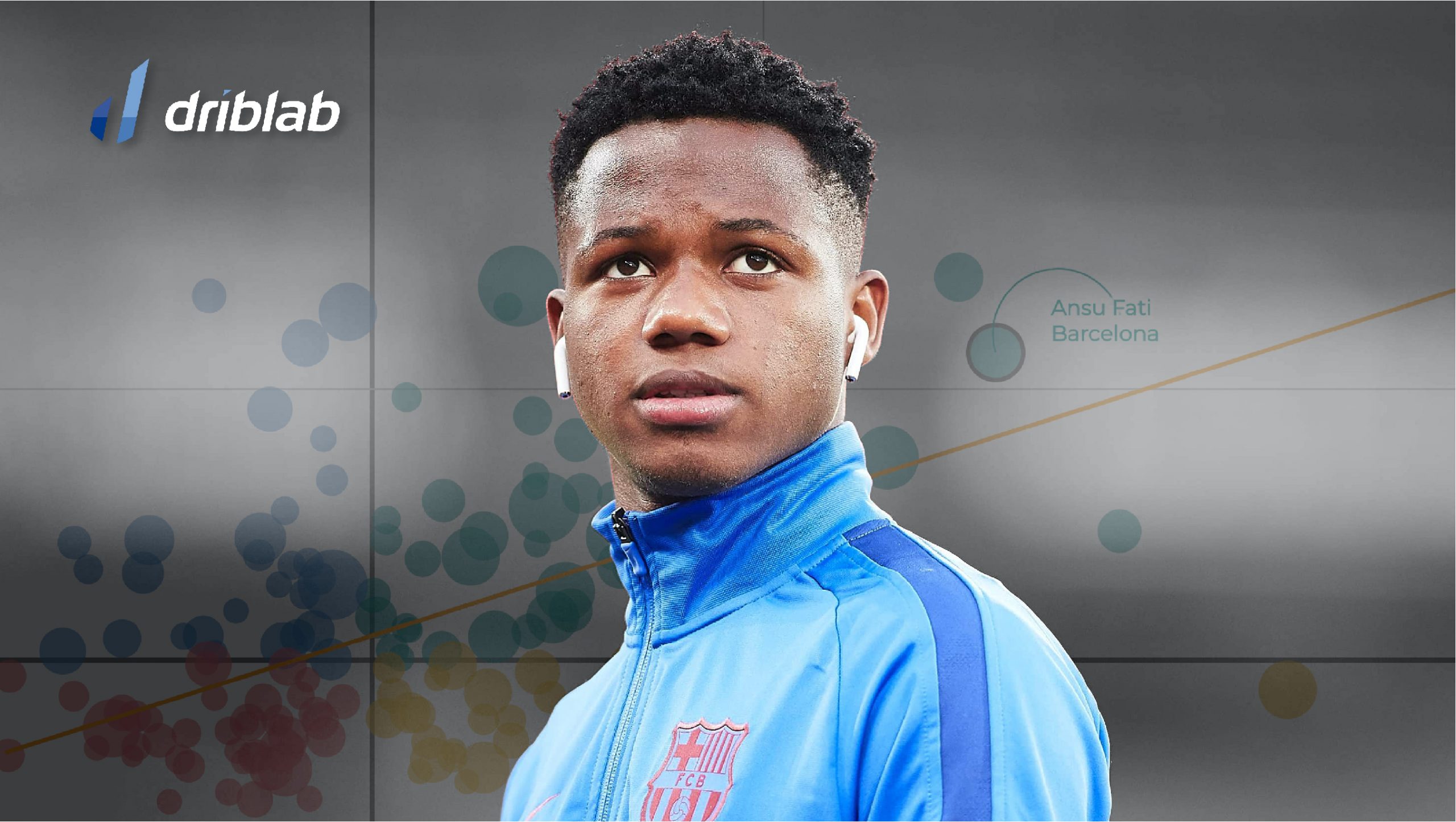 Having come close to that title a year earlier, on 25 April 1981 the Real Sociedad won the Spanish league for the first time in its history. If we take a look at that squad, we see that a 17-year-old boy named José Mari Bakero played just over 1,400 minutes. Although it was not common, in the past it was somewhat more likely to see young players reach those figures soon. In contrast, nowadays the number of games played by Bakero that year is almost impossible for a player of that age. But for Ansu Fati there seems to be no barriers. After starting the season as a player of the Juvenil A, the bisauguinean has played 1.503 minutes in the first team of Barcelona.

Beyond his volume of matches, due to the figures that this campaign has had in advanced parameters, at Driblab we consider that Fati is going to be a player on whom Barcelona can build a long-term project. The club is going through a very delicate moment and this summer players with a heavy role will come out. And perhaps he is not yet ready to replace them, but we believe that in this new season he should exceed 2,000 minutes and continue to evolve. Because his potential is real.

Fati is a very deep player who appears frequently in the final meters and with enough personality to take many shots (2.57). And the fact that in his first year in professional football he stands out in this way among players several years older than him makes one think that he can make a big difference in the future.

If we take a look at the rest of his metrics, we will see that he is a very focused player, but has a great capacity for association. His pass success rate (84.5%) puts him close to the top 10% of major league extremes. He has a good average of key passes in play (1.02), although he must improve his timing in one-on-one actions. His dribbling effectiveness ratio has been very low this season (42.6%). What is out of doubt is his production in the spike.

Here we can see how Ansu Fati has finished in the three competitions he played in 2019/20. It is usual that a player of his age has not yet developed his shooting ability well, but he has shown a high degree of accuracy in these actions, scoring 8 goals with situations that accumulated 6.8 goals expected. On the right we can see the chances he has generated. Without having stood out in this facet, he has accumulated 3.3 expected assists. Despite the bad moment Barcelona is going through, we believe that this is a player we can trust in the years to come.