Analyzing the leading scorers of the last five UCL editions

With the Champions League now in its hottest phase, Kylian Mbappé’s name once again sounded above the rest last Wednesday, when he prevented Bayern from reaping the rewards of their impressive attacking efforts. The player born in Paris got profitability of two fast-breaks to score twice at the Allianz Arena and increased his mark in […] 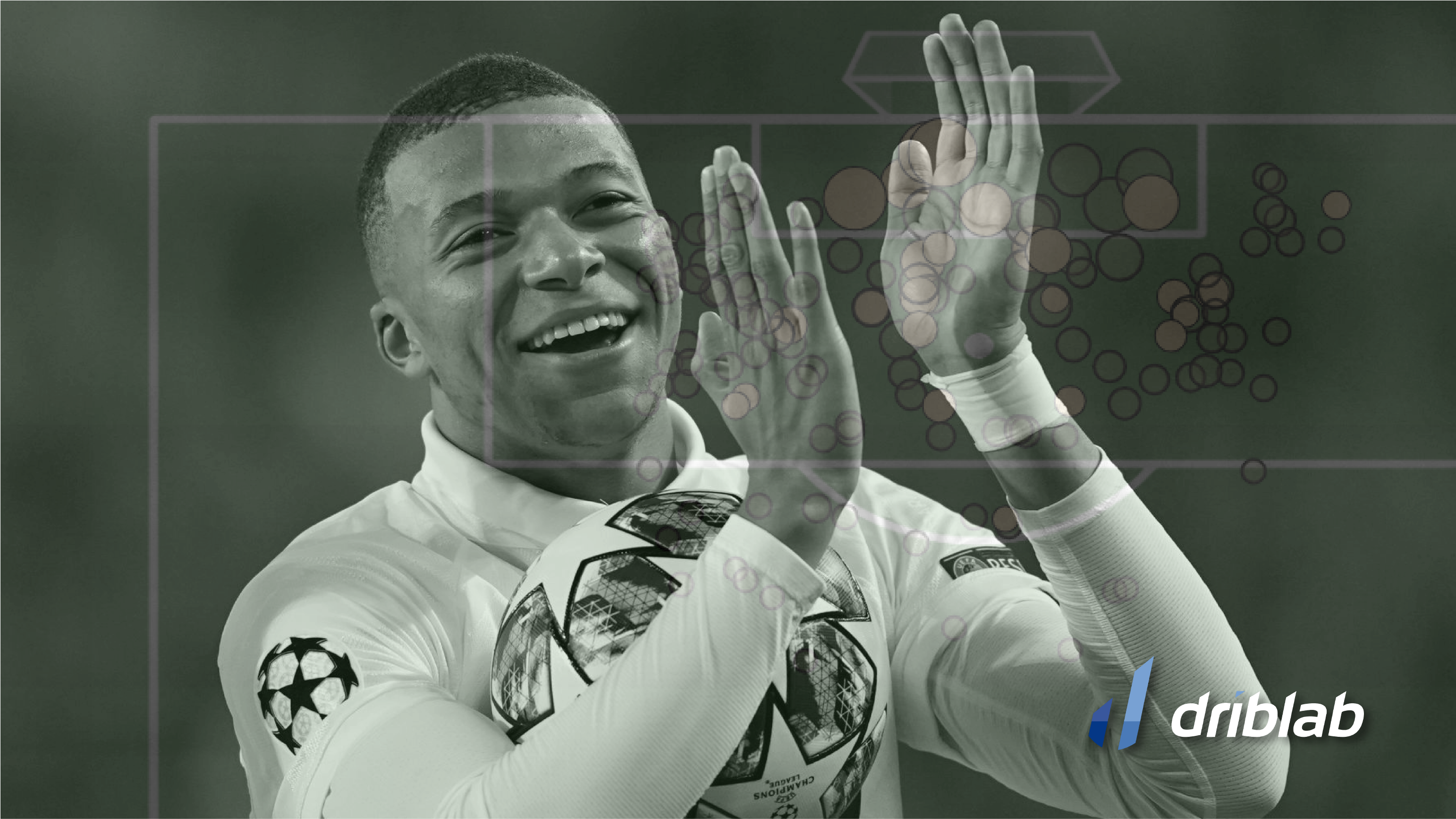 With the Champions League now in its hottest phase, Kylian Mbappé’s name once again sounded above the rest last Wednesday, when he prevented Bayern from reaping the rewards of their impressive attacking efforts. The player born in Paris got profitability of two fast-breaks to score twice at the Allianz Arena and increased his mark in the continent’s strongest competition: 27 goals in 43 games. Since his debut in September 2016 at Monaco, very few have posted similar statistics. That’s why Driblab has analyzed the top scorers of these last five editions with advanced data.

In this period, the most prolific goal scorers have been Lionel Messi, Karim Benzema, Robert Lewandowski, Cristiano Ronaldo, Mohamed Salah, Neymar Jr. and of course the prodigy Mbappé. All of them have shown enough consistency to be above 23 goals, a barrier that has not been overcome by anyone else. If we analyze more particular aspects such as the number of touches in the rival box, the percentage of shots on target or the figure of non-penalty goals per 90 minutes, who of them has been the most determining attacker?

In this graph we can see that despite Barcelona’s successive stumbles in the knockout phase, Messi is the profile with the highest average of goals if we exclude penalty-kicks (0.69). Lewandowski is close to him (0.67) and Mbappé is also in the run in that parameter (0.65). The PSG forward has an amazing balance between the three metrics that are considered in the chart. To extend the assessment of what he’s doing in these first years of his Champions League career we will take a look at his finishing maps.

Since he began competing in the tournament, Mbappé has demonstrated a high degree of accuracy in his finishings. He has scored 25 goals with shooting situations from which only 22.3 expected goals were estimated. In the image on the left-hand side we can see that the majority of his shots are taken inside the box; 37% in the middle of it.

In this graph we can see the figures of the players who are just behind in this ranking. Apart from the spectacular numbers of players like Kane or Agüero, the scoring pace showed by Erling Braut Haaland in his first two seasons in the competition has to be highlighted.