Brenner: a potential proven by data

A long time after Cafu, Ronaldo or Rivaldo consolidated their careers in big European clubs, Brazil is still one of the countries that exports most talent abroad in the football industry. The cases of Pedrinho (1998, Benfica), Antony (2000, Ajax) or Luis Henrique (2001, Olympique de Marsella) corroborate that the scouting departments of this continent […] 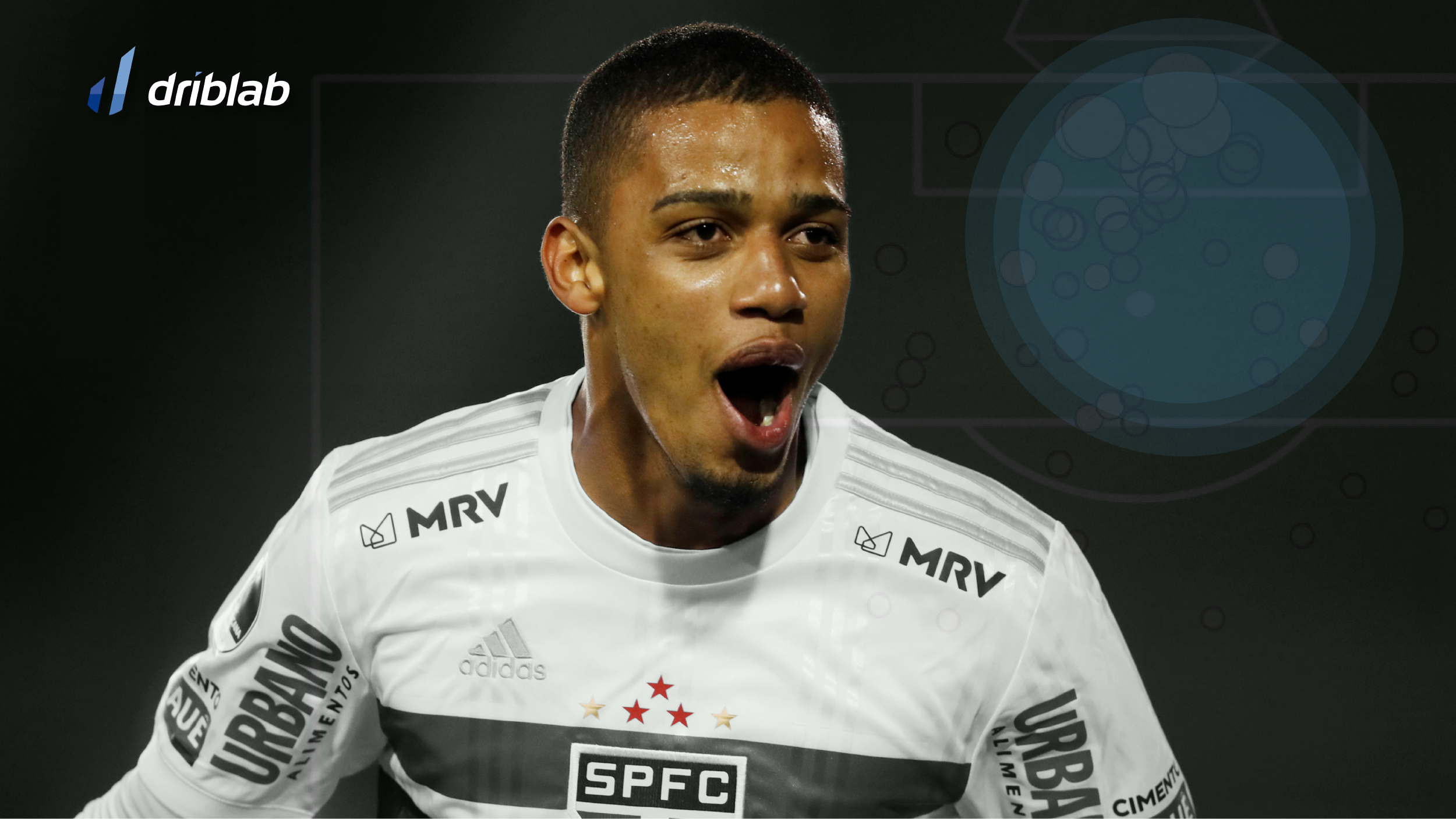 A long time after Cafu, Ronaldo or Rivaldo consolidated their careers in big European clubs, Brazil is still one of the countries that exports most talent abroad in the football industry. The cases of Pedrinho (1998, Benfica), Antony (2000, Ajax) or Luis Henrique (2001, Olympique de Marsella) corroborate that the scouting departments of this continent do not miss what happens week after week in the Brasileirão. The next one to cross the Atlantic Ocean could be Brenner, the São Paulo young forward who has not stopped scoring goals in these months. The advanced metrics that we have at Driblab confirm that he is a player with a lot of potential and that he could leave a lot of money in his club in 2021. This analysis was conducted before Brenner became the third most expensive signing in MLS history, worth 11.8 million euros.

Taking his numbers from this season we can see that the player has progressed a lot with minutes and continuity. Brenner has gained importance especially in the finishing areas. He has gone from 2.09 to 3.14 shots per 90 minutes and in addition those shooting situations are much clearer, because the average goal probability of his attempts has grown. However, the figures show that the youngster born in Cuiabá is defining his shooting opportunities above expectations. For now, considering all the competitions he has played in 2020 except Paulista, he has scored 16 goals with shooting situations of which 10.8 xG (expected goals) were estimated. This parameter measures the probability of goal from each shot taking into account factors such as distance to the goal, angle or the part of the body with which the player hits the ball. Penalty shots are not taken into account.

Another aspect to point out in his game is his reliability with the ball, both in association and in handling. Brenner is completing 80.2% of his passes and is suffering from very few steals from opponents, only 1.04 per 90 minutes. This makes us see that he is a striker who participates quite a lot in the creation, although not so much in the last pass, as his average of chances generated for 90 minutes (0.59) is slightly below the average of the strikers of the Brasileirão 2020 (0.62). But if there were to be a weak point, it would undoubtedly be the aerial game (30.8 per cent success rate).

In any case, Brenner is showing a very solid performance in finishing actions for a 20-year-old striker. His percentage of shots on target is 45%. That’s very close to the 48% that Gabriel Barbosa averaged last year, for example, and higher than Gabriel Jesus (44%) or Matheus Cunha (38%) had at their clubs. The data are increasingly established in the decision-making of the football industry. And the diagnosis they provide in this case is that if the São Paulo’s player maintains these metrics over time, he will not be long in transferring to European football, leaving a lot of money in his club.