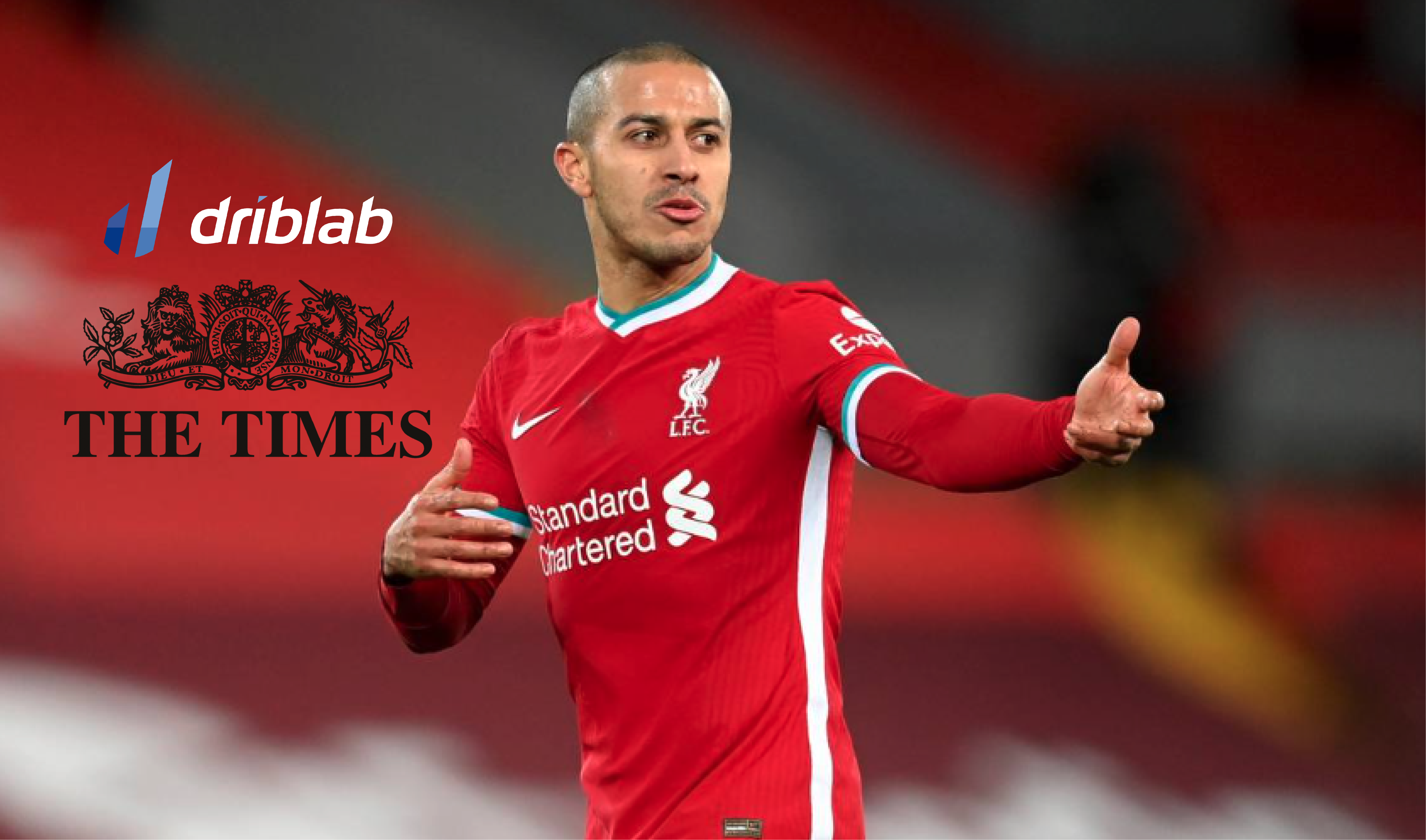 After a first season where criticism appeared around Thiago Alcántara and his performance at Liverpool, the Spanish midfielder is going through weeks of a very high level, just when Liverpool have reached one of their best moments of the season, fighting for a possible treble (FA Cup, Premier League, Champions League). Coincidence?

To try and find out more about the Spaniard’s momentum and his impact on Klopp’s game, we collaborated with ‘The Times‘ newspaper in their Sunday edition, ‘The Sunday Times‘, to find out more about Thiago’s level, his confidence to squeeze all his talent and the creativity that has put Liverpool at new levels of speed, exemplified in Liverpool’s 4-0 win over Manchester United on the afternoon, Thiago’s best afternoon under Jürgen.

Despite playing only 37% of the minutes, Liverpool’s play is reaching another dimension thanks to the creativity of Thiago, the fifth player to accumulate and generate the most xG through his passing. ‘The Sunday Times‘ analysis includes a comparison with another of Europe’s top midfielders, Toni Kroos, using Driblab data to form the full picture.

After his remarkable season at Bayern that made him a European champion, Thiago is beginning to win over Liverpool fans and to fit in with the Liverpool game, a team capable of creating a scoring chance from any pass from Van Dijk, Alexander-Arnold and, now, Thiago Alcantara.