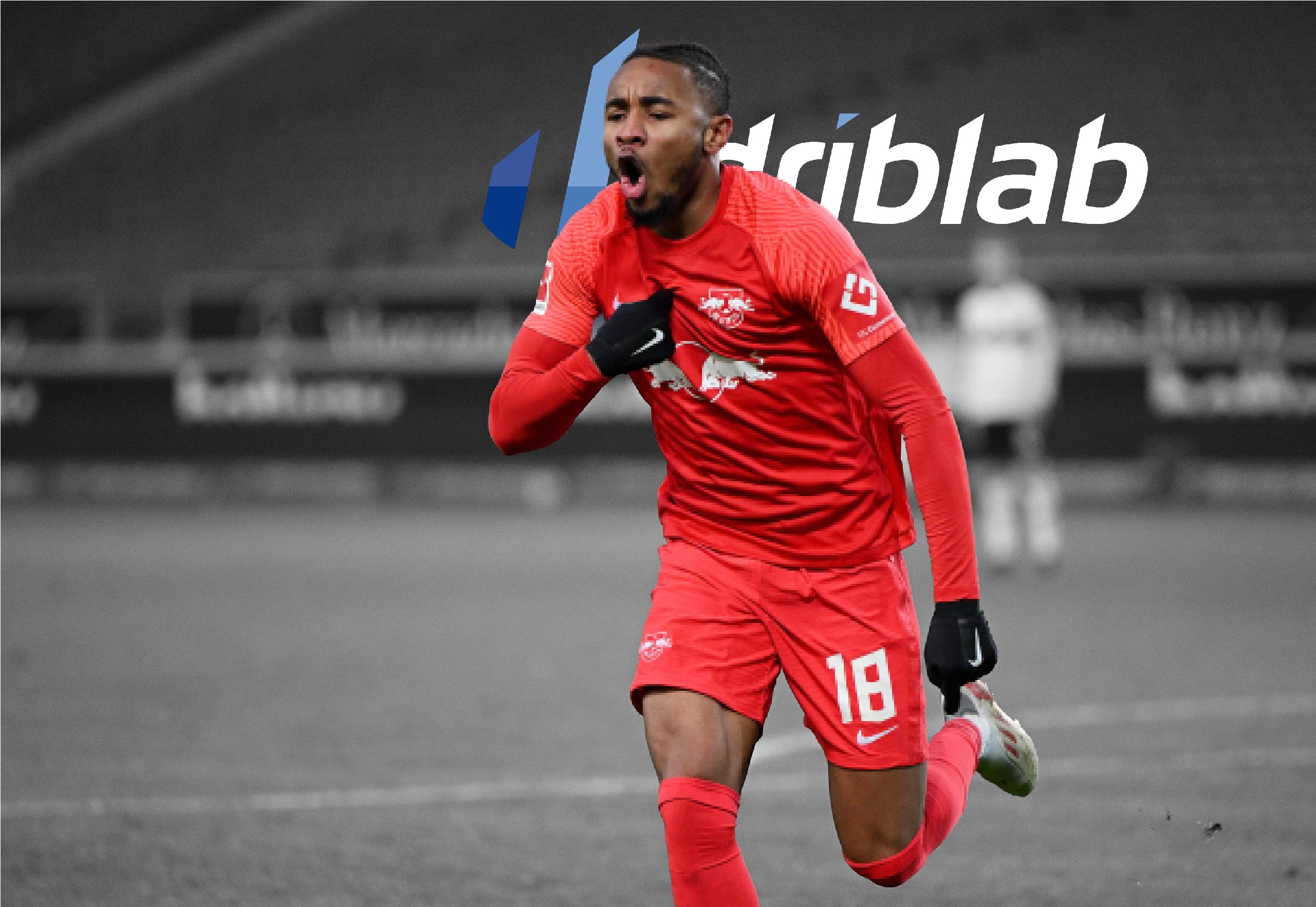 In another recent text we have compiled the players who have improved the most according to our performance index, Driblab Score. But we wanted to leave out another of those players, the most improved player next to Vinicius, in order to individualise the different ways that we, as a data-driven consultancy, can show when explaining how a player has progressed.

If you follow the day to day world of football and the big five European leagues, to claim and count Christopher Nkunku as one of the most improved players is of little value, just look at any basic stats page and know that from 7 goals and 11 assists in the 20/21 season, he has gone to 31 goals and 20 assists so far, an unheard of transformation in such a short period of time. The value, therefore, lies in showing how he got there and what has happened to bring it about.

In a team that is constantly changing tactical design such as RB Leipzig, the big difference in this explosion of the French striker is that he has switched to playing as a striker without losing presence in all areas prior to finishing, as reflected in four visualisations: heat map, with more presence in the area; dribbling map, with more volume, success and areas where he dribbles, the conduction that ends in the area and the progressive passes received in the opponent’s half.