After months of inactivity, football is making its way back to Spain with the Seville derby. At Driblab we wanted to look back and see who were the biggest names in La Liga before this break. If weeks ago we were looking for the best Spanish players in La Liga and the best U21 players […]

After months of inactivity, football is making its way back to Spain with the Seville derby. At Driblab we wanted to look back and see who were the biggest names in La Liga before this break. If weeks ago we were looking for the best Spanish players in La Liga and the best U21 players of the big leagues, this time we have no limitations. Who are the best of La Liga? It should be noted that Barcelona is the team that includes more players in the starting lineup of this team in which many faces are well known: Jesus Navas, Gerard Pique, Sergio Busquets, Toni Kroos, Lionel Messi or Karim Benzema are names that have been repeated several seasons in the selection of La Liga best eleven. The generational change is in the hands of Unai Simón and Martin Odegaard. 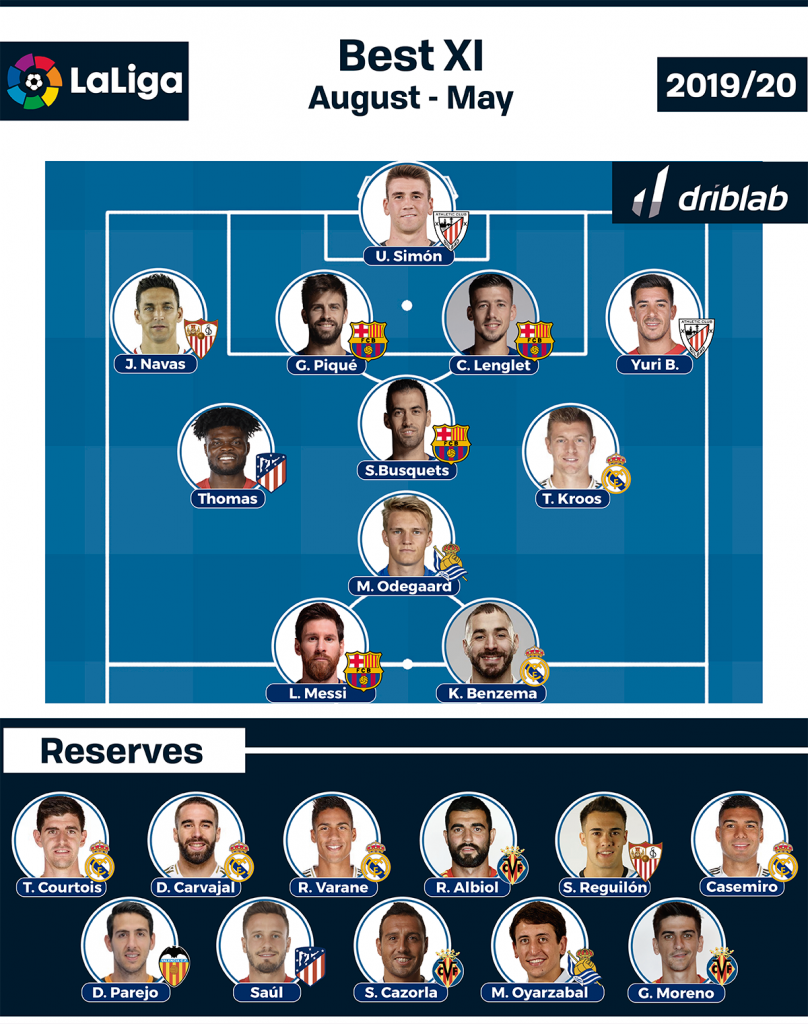 If we look at the bench we see how the defensive system of Real Madrid comes out quite well highlighting a Courtois that this year is at the expected level. Other prominent names are Dani Parejo, who has already established himself as one of the best in his position in five big leagues; Gerard Moreno, after a very difficult 2018/19 at finishing; a rejuvenated Santi Cazorla and Mikel Oyarzabal, being the key piece of a really good Real Sociedad’s attack complementing Odegaard. This is our team of the season so far, it stands out a quite high average age in comparison with other realities in the big leagues as the case of the Bundesliga.

How much is it worth to make an assist?

Is an actual assist more valuable in measuring the talent of a passer or the model that gives value to the quality of the pass regardless of the outcome?