In his second season as a member of Milan first squad things were not easy for Manuel Locatelli (1998). Considering all the competitions, the midfielder born in Lecco could only play 1,332 minutes with the rossonero team. Although he had made his debut at the San Siro at the age of 18 and had long […] 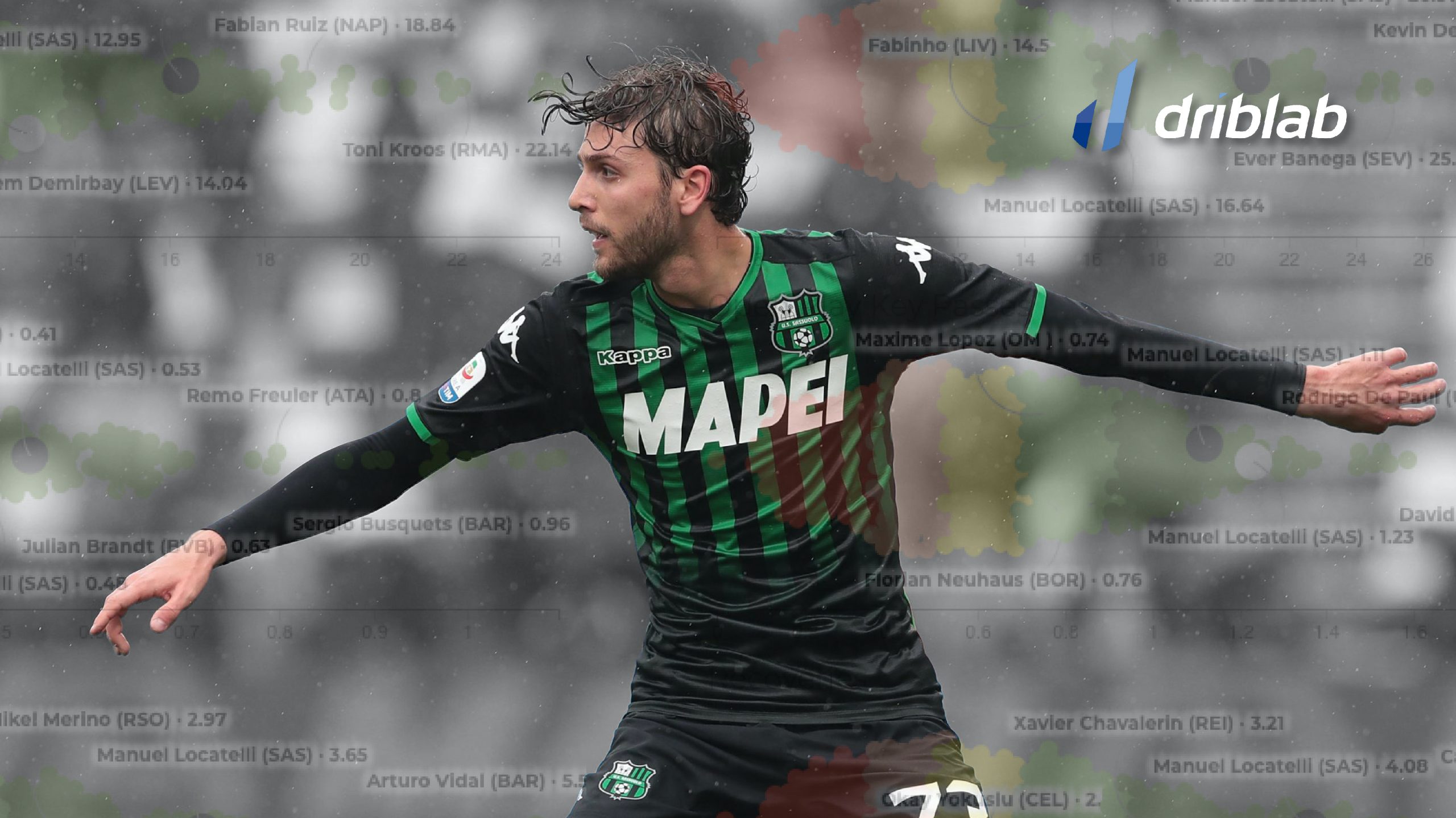 In his second season as a member of Milan first squad things were not easy for Manuel Locatelli (1998). Considering all the competitions, the midfielder born in Lecco could only play 1,332 minutes with the rossonero team. Although he had made his debut at the San Siro at the age of 18 and had long been a hopeful name for the fans, his path was twisted and two years ago he ended up playing at Sassuolo on loan. After connecting quickly with De Zerbi and his new team-mates in 2018/19, the club paid a transfer fee of over 12 million euros for him the last summer. But his metrics this season have turned him a bargain.

Data says that Locatelli is currently one of the most influential registas in Europe. In this beeswarm we can see some of his numbers compared to midfielders of Europe’s top five leagues who have played at least 1,000 minutes this season. In addition, the grey dot highlights the figures he had last year. Now he makes a greater number of plays to progress and complete more passes that end into the final third of the field: he has increased that figure from 16.64 to 20.97 per 90 minutes. 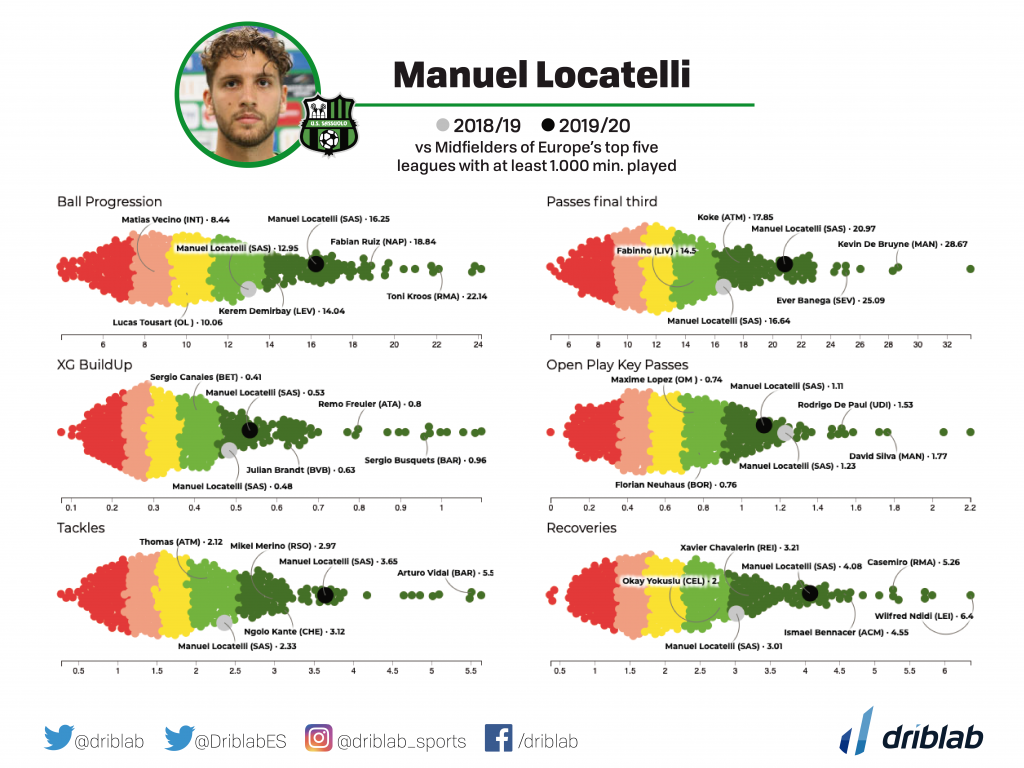 Furthermore, this has meant that he participates in the build up of 0.53 xG, growing 0.05 in this metric from last year. It is true that his volume of key passes has been slightly reduced, but it must be said that he has improved a lot in defensive terms. With 2,021 minutes played, his average tackles per 90 minutes (3.65) is really high for a creative player.

Locatelli is a player with great decision-making and it’s hard to see him miss a pass. He completes almost 87% of them and averages 4.41 in long distance. This radar proves that we’re talking about a medium that dominates many different aspects of the game, including one-on-one actions. And above all, his leadership in distribution is making the job easier for players like Domenico Berardi or Pedro Obiang. 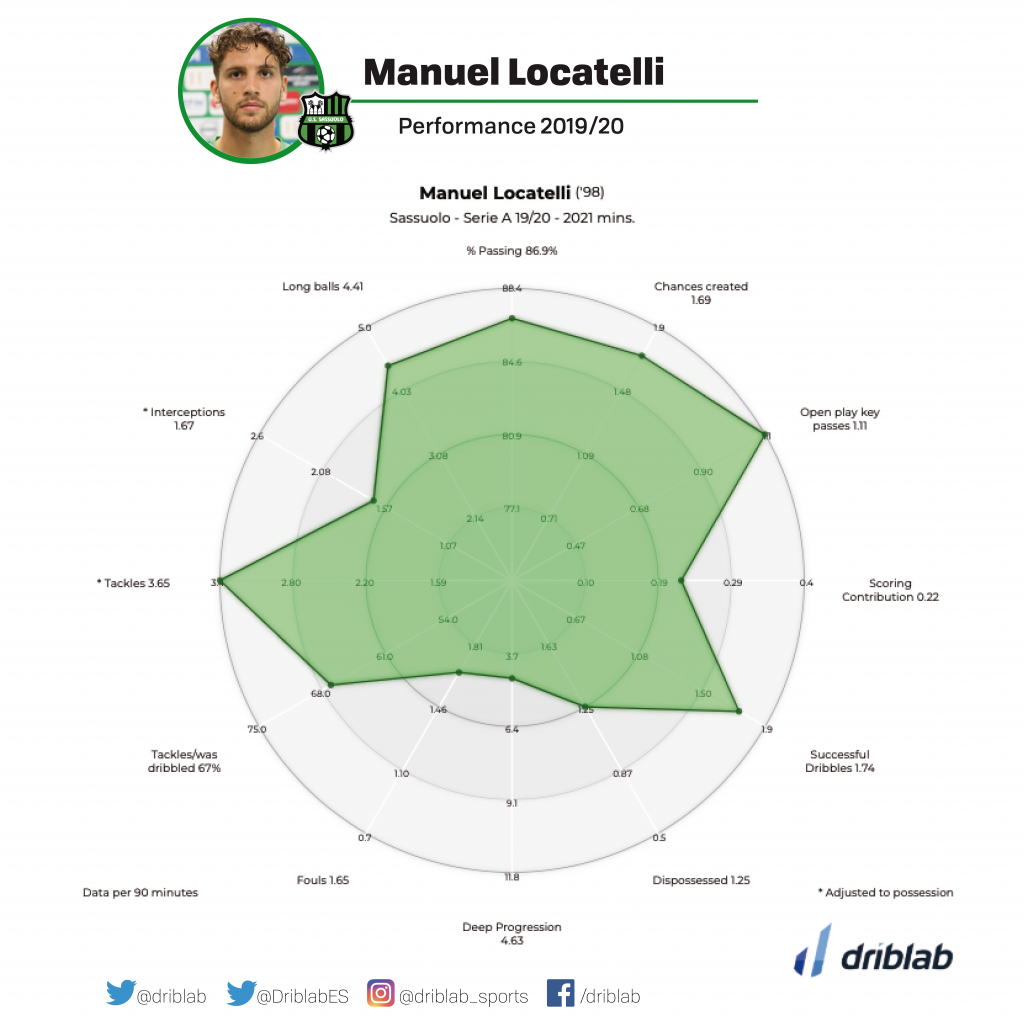