Tomorrow the Liga NOS will resume after an 86-day break. As the Bundesliga is the only one of Europe’s major leagues to have returned so far, it will be a good opportunity to watch players in the Portuguese tournament. Just as we did before with Serie A, the Premier League or La Liga, we at […] 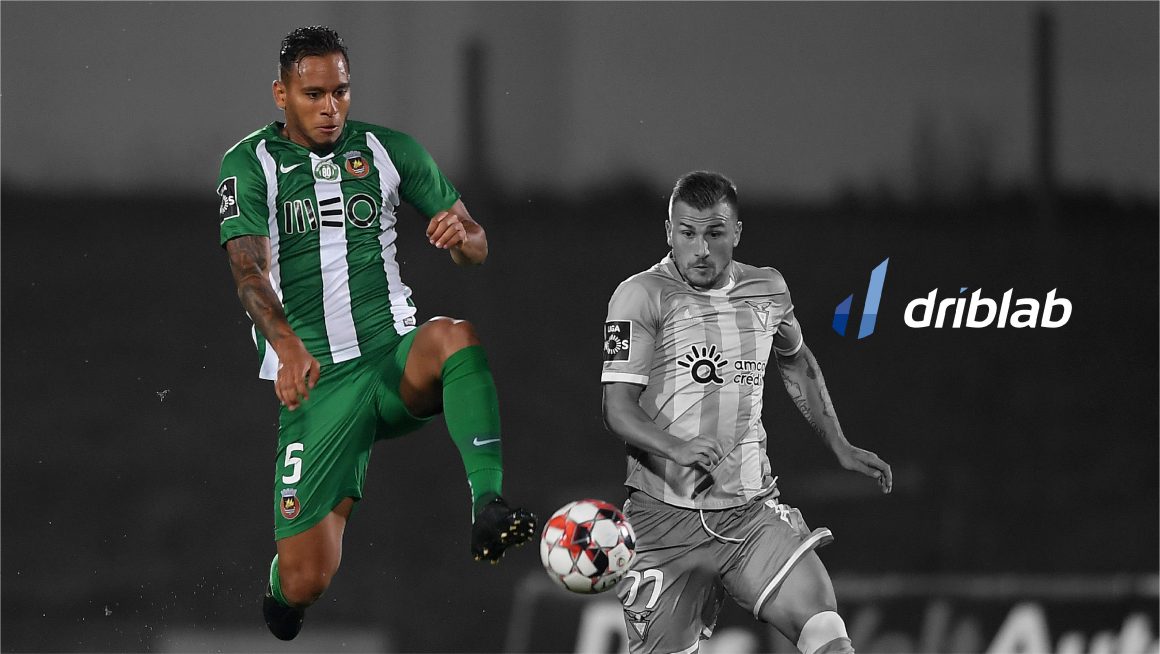 Tomorrow the Liga NOS will resume after an 86-day break. As the Bundesliga is the only one of Europe’s major leagues to have returned so far, it will be a good opportunity to watch players in the Portuguese tournament. Just as we did before with Serie A, the Premier League or La Liga, we at Driblab have selected three men who are somewhat underrated. Aside from Porto, Benfica and Sporting CP, there are several interesting players competing in this league, players who could be flying under the radar.

Apart from the big teams, one of the strongest rosters is Braga, a club that has done very well in recent years. In particular, Ricardo Esgaio‘s output on the right flank deserves more recognition. The 1993 full-back, who was called up to the national team from the age of 15 to 22, has performed well over the last three seasons. Esgaio is a hard-working player without the ball, but above all he excels at creative tasks. This season he has participated in the build up of 0,56 xG per 90 minutes, managing to have also a lot of influence in the final metres. 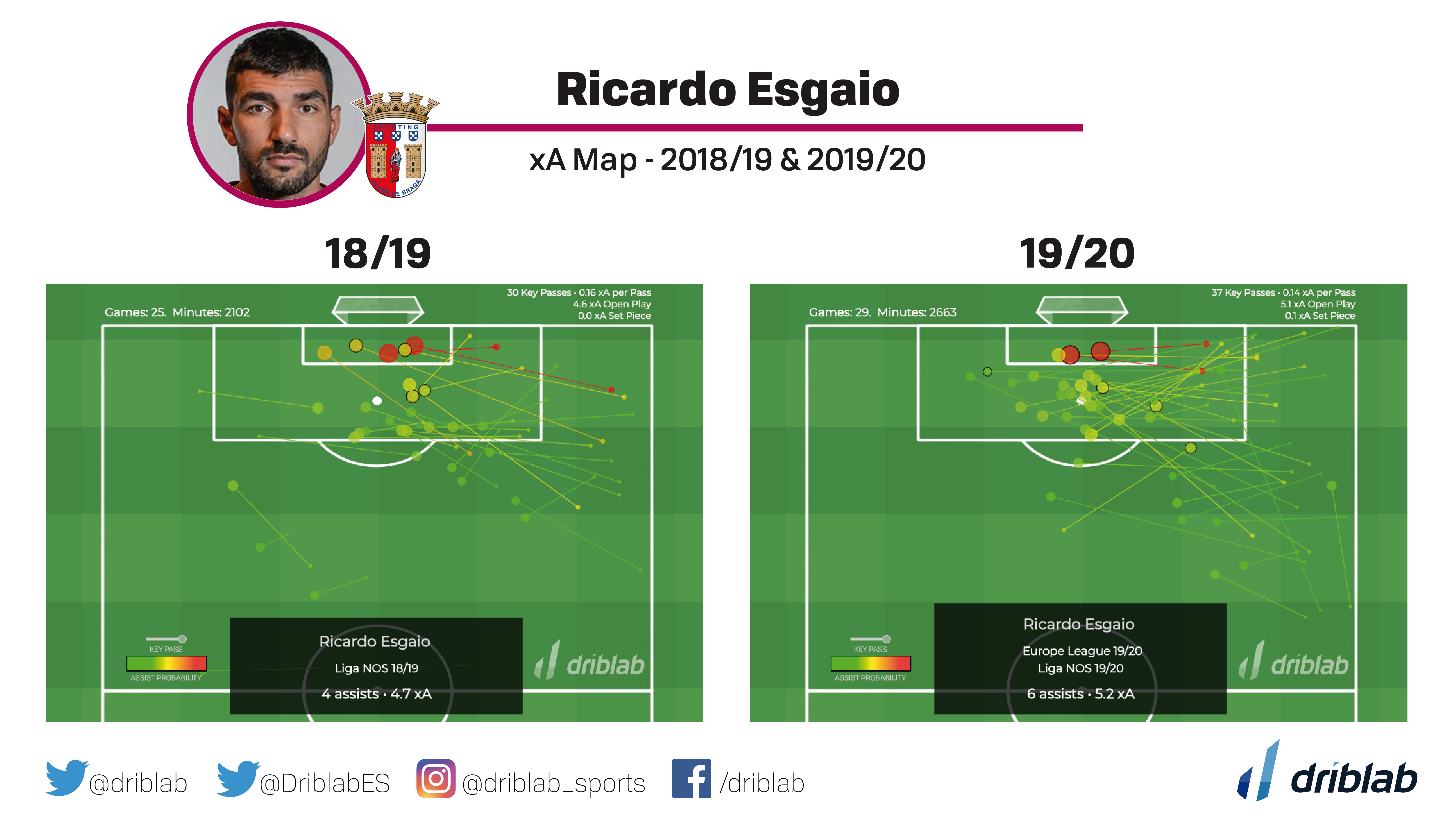 Esgaio completes more than 34% of the crosses he attempts, managing to generate around 1.25 chances for 90 minutes. And he accumulates a sum of 5.2 expected assists (xA). He is a player who takes good decisions in passing, who make the plays to progress and who is quite dangerous when he is close to the baseline.

Our next name is Filipe Augusto, a Brazilian midfielder who had no luck at all in teams like Benfica and Valencia years ago. He is a player who has recycled himself and is performing at a high level in the club that took him out of his country in 2012, Rio Ave. Augusto was one of the best passers in the Liga NOS before the break, standing out above all for his long-range passes: he completed 6.4 per 90 minutes. Despite playing far from the area, he also had a significant impact on the xG built by his team. 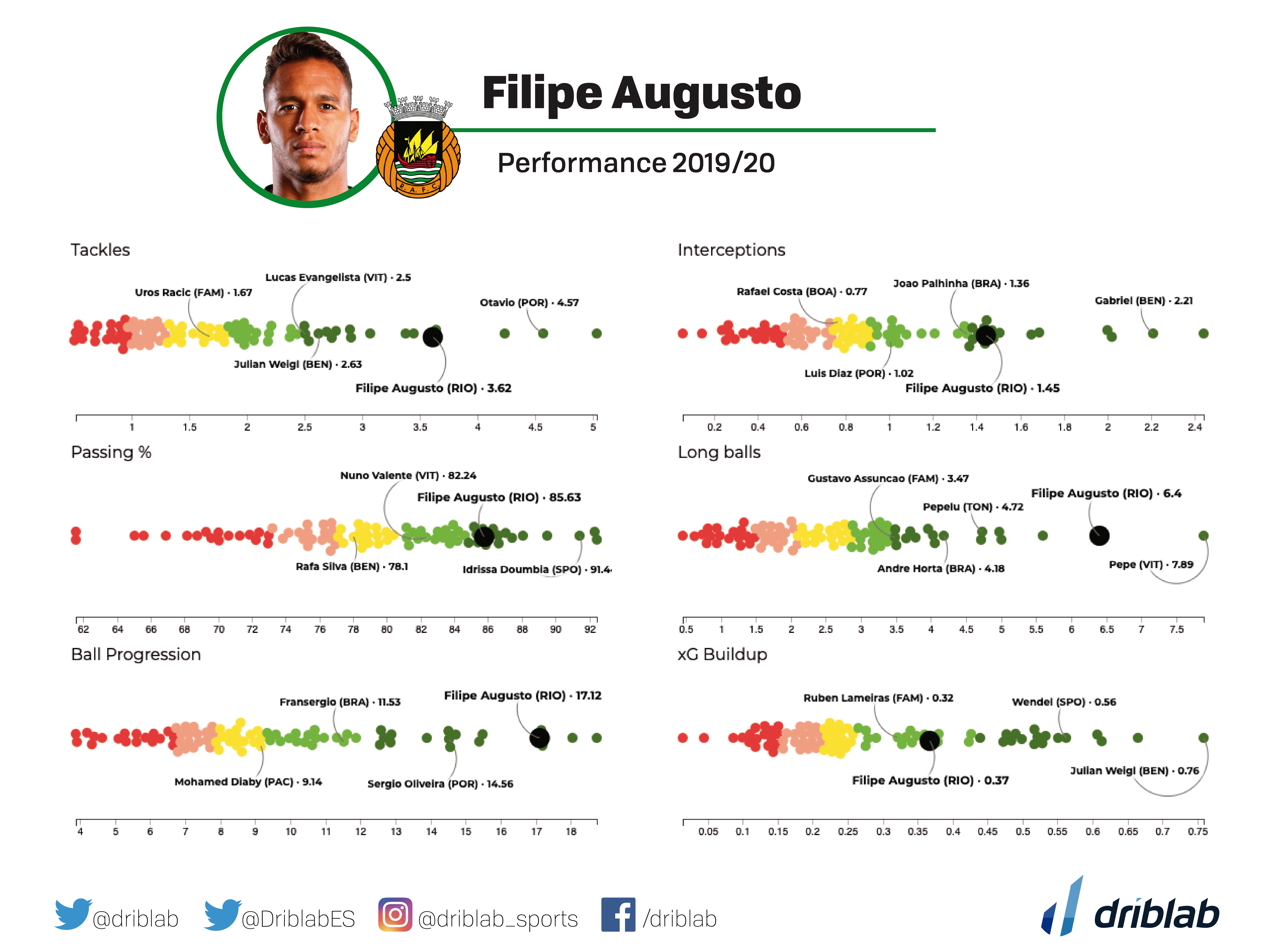 Furthermore, he was making a great contribution on the defensive tasks. He made many ball recoveries, partly thanks to his ability to intercept balls and his aggressiveness in one-on-one actions. We’re talking about a player who makes 3.62 successful tackles per 90 minutes. A top figure for the position.

Another name we want to underline is Bruno Duarte. After a promising year in Ukraine, Vitoria de Guimaraes invested 600,000 euros in his transfer. And the return could not have been higher. The Brazilian striker’s productivity in the 1,391 minutes he has played has been very high, both in finishing and in creating chances. In particular, he has scored 7 goals with shooting situations that amounted to only 5.3 expected goals. In addition, he is a player who suffers very few steals because he protects the ball very well. 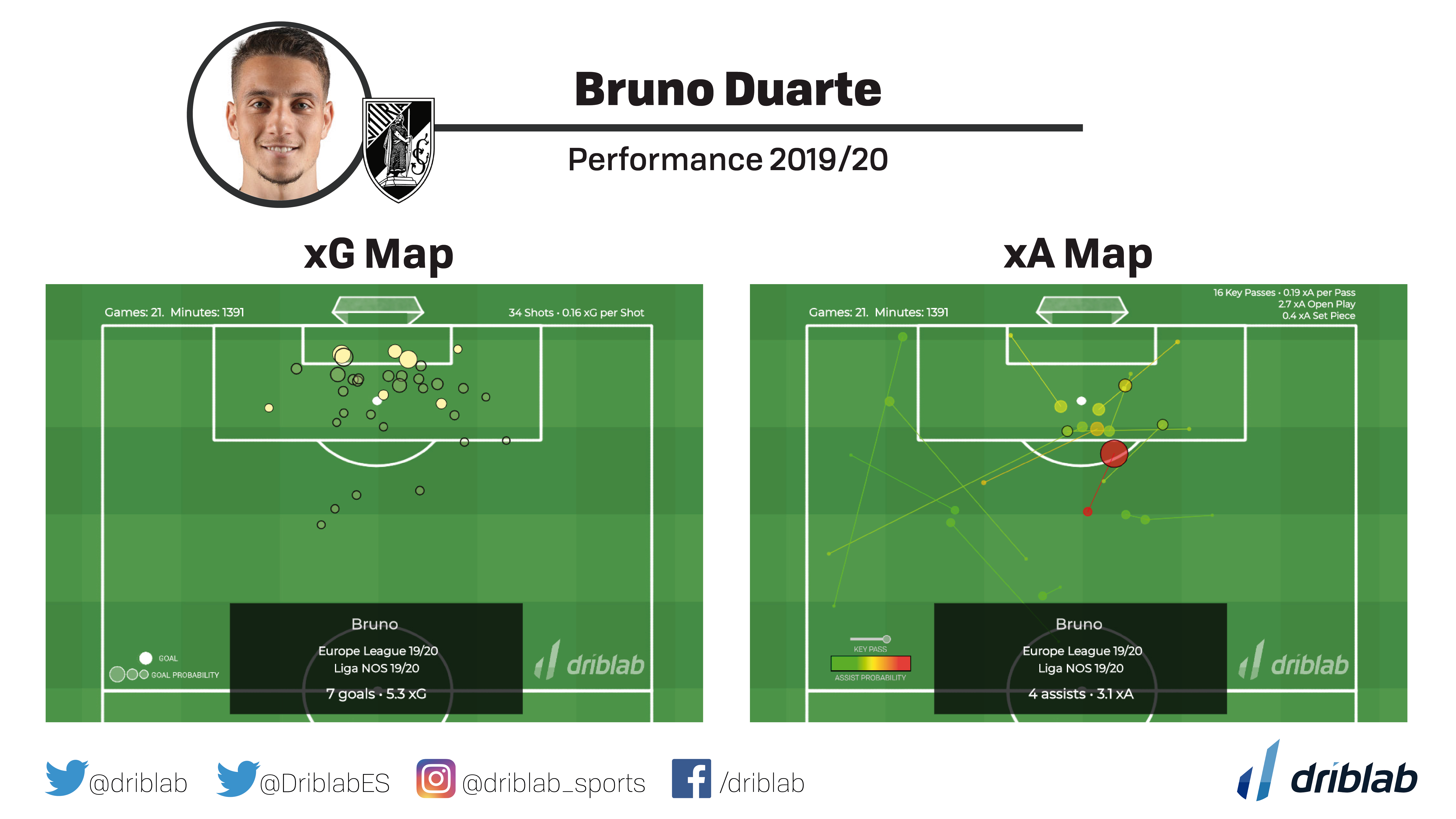 What future lies ahead for Antonin Barak?

Antonin Barak arrives in the city of Verona to leave behind a bad period, spent between the infirmary and the bench. No one could have imagined that this day would mark the rebirth of the Czech trequartista.

xG Chain: the most important thing is to participate

How can we know if a player has influence on all possessions that end in a shot? We take a closer look at ‘xG Chain’.

We look at some of the best U21 talents who will play in the 2021 Africa Cup of Nations, to be hosted by Cameroon.

‘The Times’: The golden age of the full-back

We take a closer look at our data, along with The Times newspaper, to find out why full-backs are so influential in today’s football.

At 25, Leroy Sané is having the best season of his career… away from the wing. He is Nagelsmann’s first big change at the head of Bayern.

With our two metrics created exclusively to measure depth, we can tell which laterals are deep and which of them change rhythm or help in the construction of the play.