During the month of April we have developed new tools at driblabPRO that expand the resources we provide to our clients. Here are the details of the month’s new releases 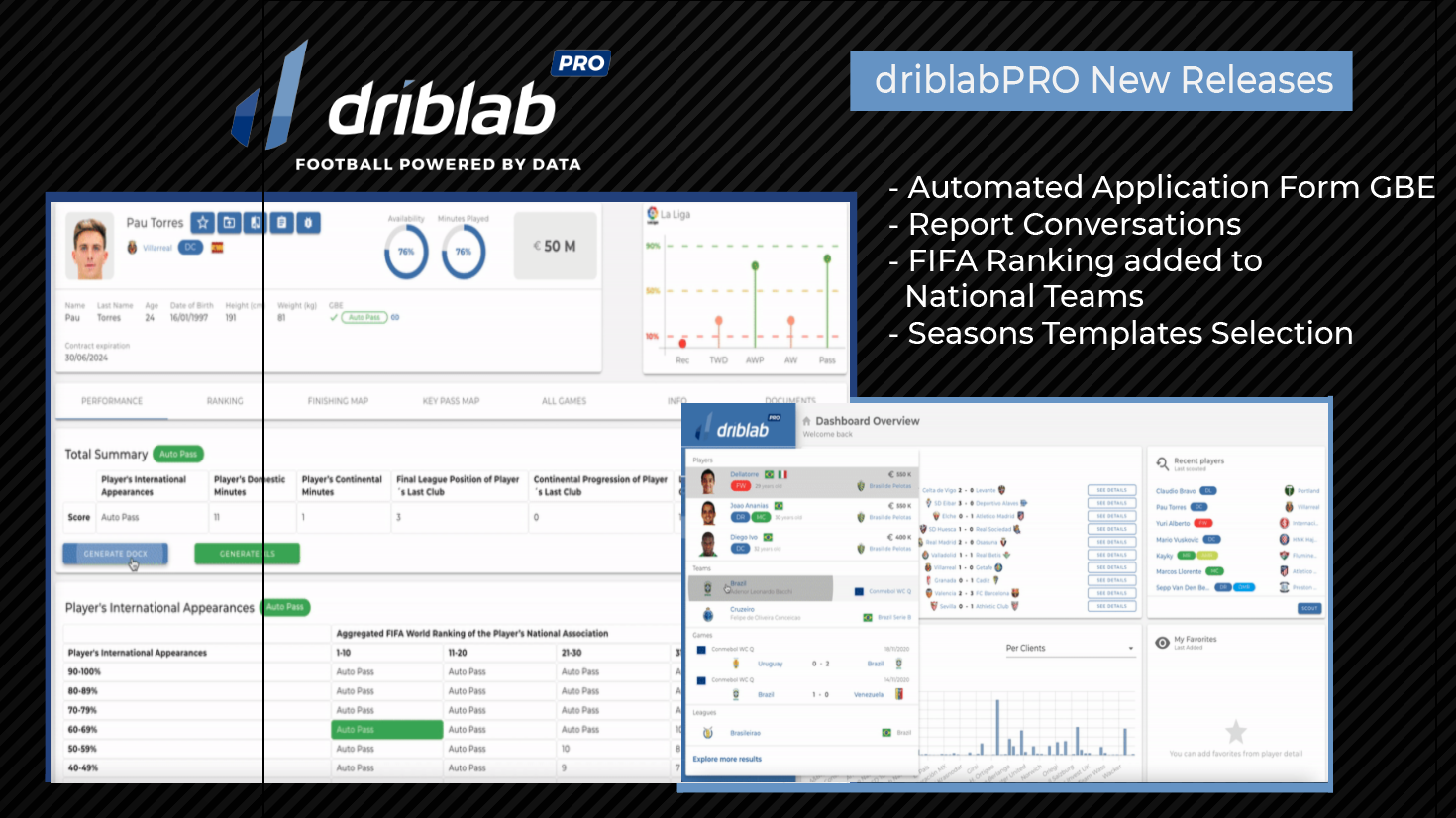 During the month of April we have developed new tools at driblabPRO that expand the resources we provide to our clients. Here are the details of the month’s new releases:

Since the beginning of the year, players interested in playing in the British Isles must obtain a work permit through the GBE application system. Driblab now offered a GBE calculator that allowed the user to know if a player would be eligible to play in the UK.

This month, we have added to this feature the possibility to auto-generate and download the
application form to be submitted to the FA, making the task for clubs much easier.

Up until now, users could request customized reports through fixed forms determined by the category of the request. In order to give more flexibility to the user, a new feature has been developed this April.

This new launch will enable a chat through which to specify more customized requirements or receive faster and more specific feedback. In this way, the conventional forms method is supplemented with this new agile tool added.

From this month onwards, Driblab PRO users will be able to consult the FIFA Ranking of a national team when looking up details about it.

When comparing a player’s performance through Beeswarm visualizations, currently the user could not choose over which seasons to compare the data. By default, the top 5 leagues were selected. Now, the user will be able to configure in the Settings section several Season Templates.

With them, the user is able to visualize the player’s ranking among the pool of players that are included in this list of seasons. This new feature adds a quick way to change the comparison.