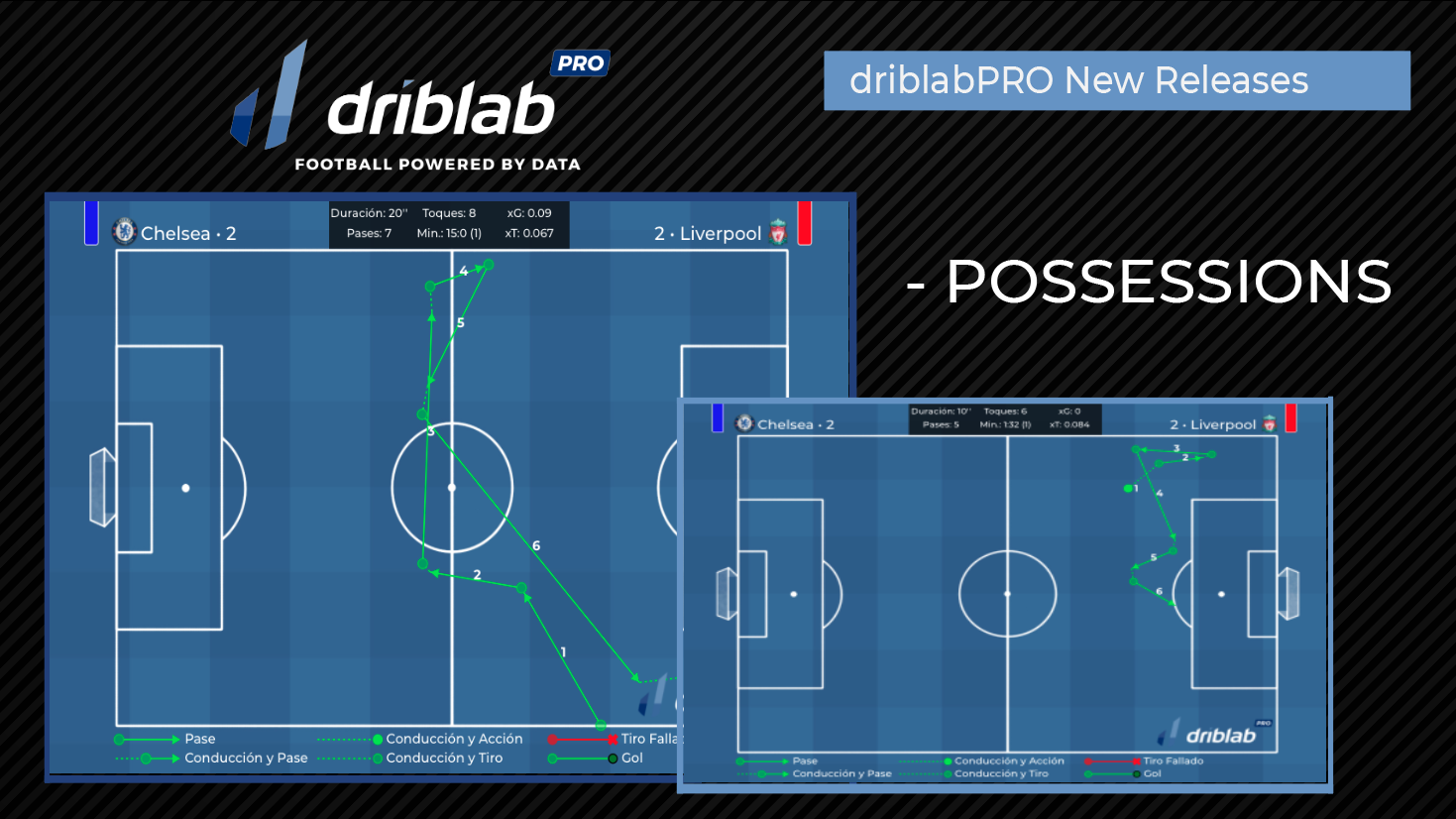 A new tab called “possessions” has been added to the game detail page. This new tool consists on the representation of the different actions occurred during a possession, allowing our clients to visualize the most dangerous attacks of each team.  Each action is represented by drawings explained in the legend located below the pitch map.

Looking at the representation of Salah´s goal against Chelsea, we can see for example where the attack started, the way the possession evolved and the crucial carried made by Salah before scoring.

Within the ‘Possessions’ functionality we can visualise those possessions that end in a shot, a goal, in the box or a cross, if it happened in the first or second half and which filters we want to appear on the pitch graphic:

During the same game, Chelsea built an attack formed by 5 passes that ended with a missed shot by Marcos Alonso. This missed shot is represented by a red line and a cross.

Moreover, this tool is able to represent all the sequence of actions from the beginning of the attack, even if it has a big number of them. For example, Luuk De Jong scored against Mallorca from a cross of Mingueza, which was the pass number 17 of the attack.