Here there are the new functionalities added to DriblabPRO during this past month of January. 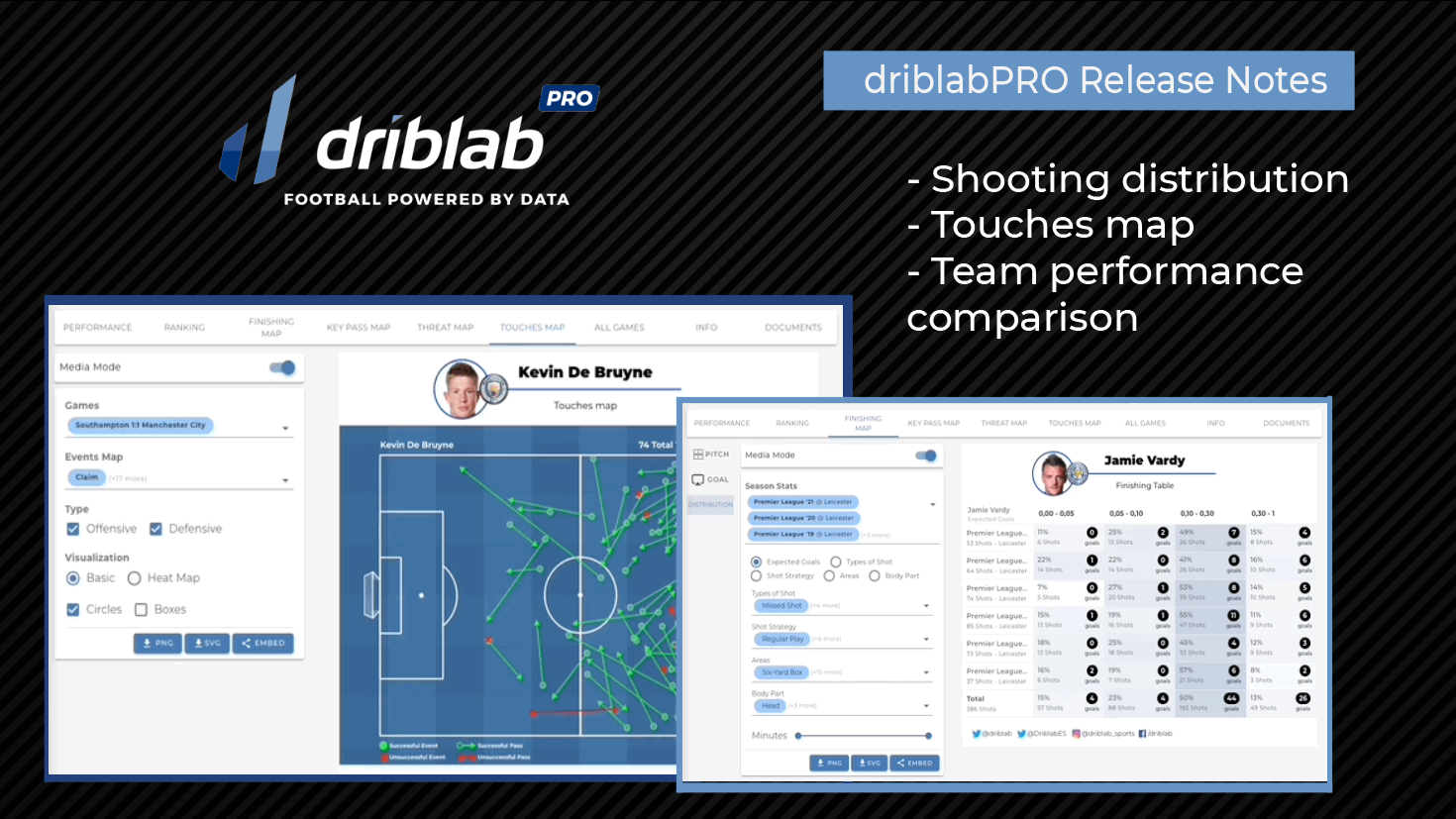 Here there are the new functionalities added to DriblabPRO during this past month of January.

In the tab of finishing map, a new ‘Distribution’ section is added, where the shoots executed by a player are shown divided because of their expected goal value, their ending (goal, save, out or to the wood), the zone of execution (small area, big area or out of area), the type of play (in game or stopped ball) or the part of the body used to shoot.

A new ‘Touches map’ tab has been introduced, with the touches of a player in one or several games, being able to differentiate between offensive and defensive actions. These touches can be shown with classical circles and arrows, dividing the field in boxes and displaying the percentage of events in each one or with a heatmap.

Finally, now it is possible to compare the performance of two teams during current or last season, in function of style or offensive and defensive actions.