During the month of June we have developed new tools at driblabPRO that expand the resources we provide to our clients. Here are the details of the month’s new releases 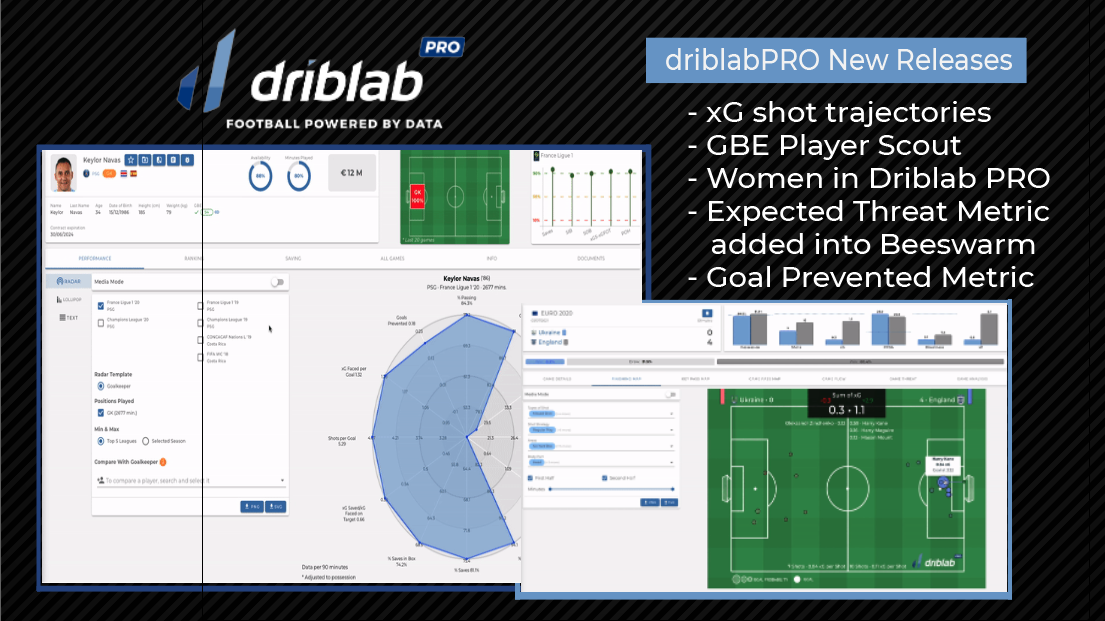 During the month of June we have developed new tools at driblabPRO that expand the resources we provide to our clients about football analytics. Here are the details of the month’s new releases:

Driblab is happy to announce that the shot trajectory has been introduced on the finishing maps, displaying the direction of the shot and its result.

Following on from the Three Lions’ brilliant win against Ukraine, the video of Harry Kane’s first goal after Raheem Sterling’s filtered pass is displayed below altogether with the same shot on the driblabPRO Finishing Map.

The Player Scout tool now features a new filter: GBE Score. Now users will be able to filter players with a minimum GBE Score they would receive if applied for an UK visa under the GBE System.

Women’s domestic and continental leagues are now available on driblabPRO with the same range of existing features. The GIF presented below visits the UCL 2021 final match.

The Expected Threat metric is now available on the Beeswarm visualizations, allowing the user to track the players ranking on this metric. Here you can learn more about this metric.

From this month onwards, a new metric has been introduced in the goalkeeper radar. The Goals Prevented metric, calculated as the difference between the xG on Target the goalkeeper faced and the total number of non-penalty goals received.