During the month of May we have developed new tools at driblabPRO that expand the resources we provide to our clients. Here are the details of the month’s new releases 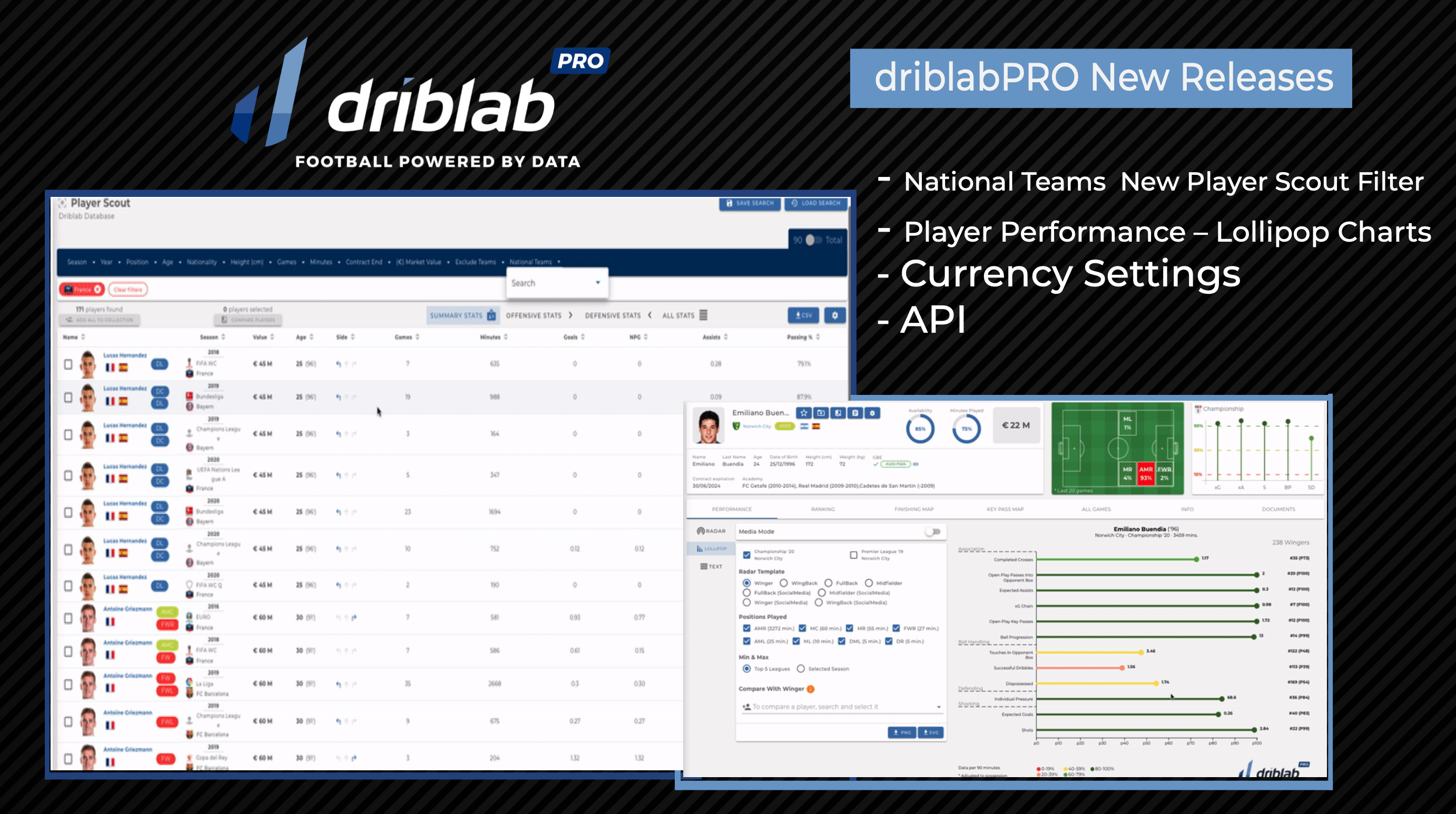 During the month of May we have developed new tools at driblabPRO that expand the resources we provide to our clients. Here are the details of the month’s new releases:

In the Player Scout tool, a new filter has been added: National Teams. This new feature gives the user the possibility to show players who have been called up by their national teams for international competitions.

With this, the user will be able to have a quick overview of the performance of the selected players in the different seasons they played in.

From this month onwards, a third new option will be available. The Lollipop visualization allows the user to display the player performance by category. The visualization also shows ranking of the player against the other players who play in the same position.

The greener (and bigger) the bar, the better the played performed on the metric under study. The comparison tool is also available under this option.

As of this month, the option to select the default currency will appear in the settings tab of the platform. With this, the user would have the possibility to get the market value of a player or an entire team

Finally, Driblab PRO introduces its own API. Accessible from the Documentation panel, customers will be able to interact with our data on a comprehensive way. Several queries are offered to the customer with a range of options from countries, teams, players, games or coaches.