One of the many applications of Driblab's consultancy services is to find destination options for players, cross-referencing a multitude of statistical, market and football criteria to argue for the selected destination(s). 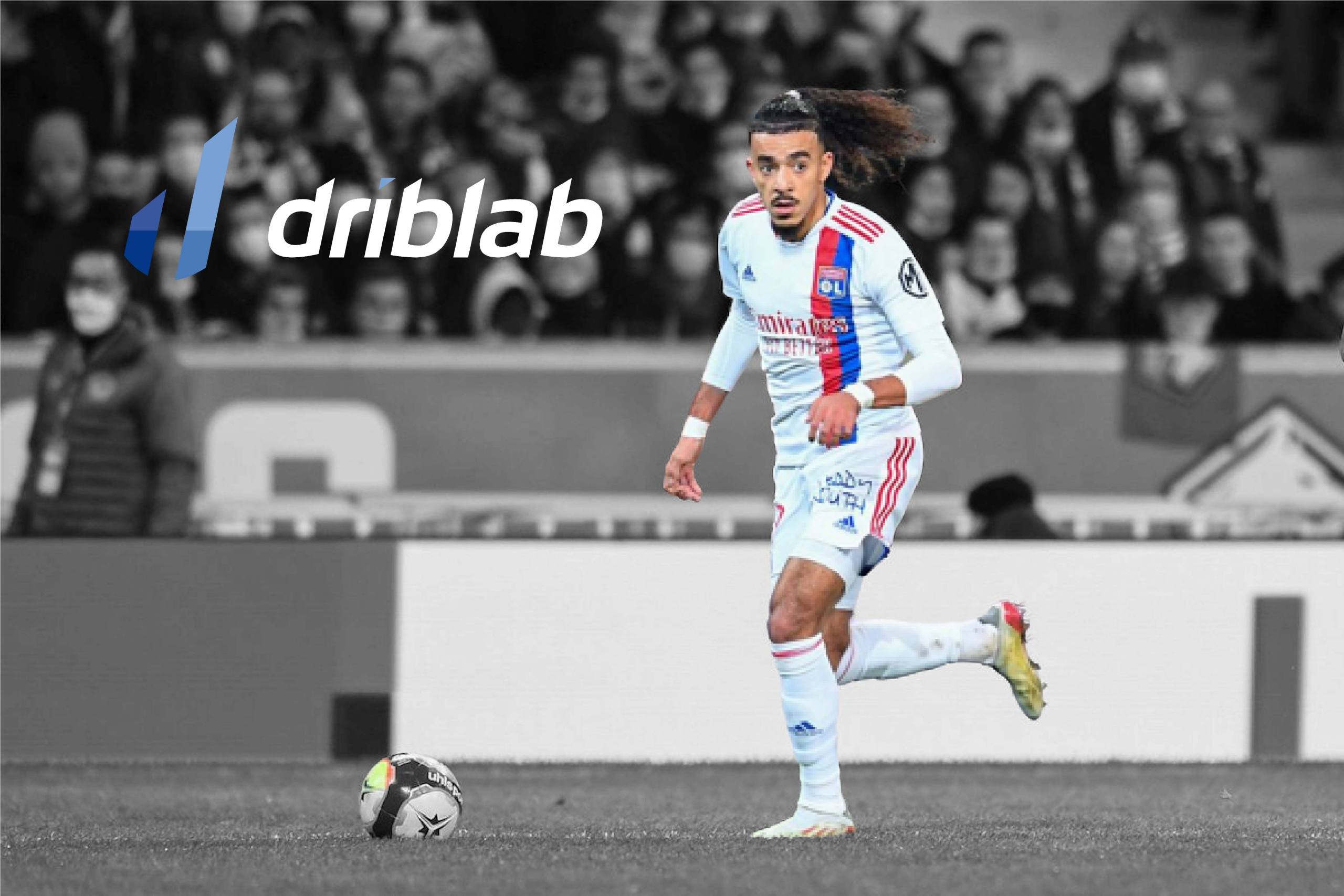 Jude Bellingham, Jamal Musiala, Florian Wirtz, Harvey Elliott, Benjamin Sesko, Rasmus Hojlund and Marcos Leonardo share the same year of birth, that of a generation, that of 2003, of great talents who will gradually find their way to many of the best clubs in Europe. The 2003 French full-back, Malo Gusto, who has been positioning himself as one of the most promising right-backs in Europe in recent months, is also likely to have a destiny sooner rather than later.

One of the many applications of Driblab’s consultancy services is to find destination options for players, crossing a multitude of statistical, market and footballing criteria with which to argue the destination or destinations selected. In this text we will make an approach with one of the most prepared fullbacks to make the leap to one of the big European clubs, with quality to play permanently in the UEFA Champions League.

To talk about Malo Gusto is to talk about a full-back who is complete in all situations of the game, ready to perform in different football contexts and to give technical and physical performance at the highest possible level. At 19 years of age, and with his contract expiring in 2024, an exit seems more than possible given his level and the difficulty encountered by the big clubs in acquiring a right-back who can offer solutions to all the challenges of today’s football.

The certainty that the French full-back has the skills to perform in the best teams in the world defensively speaking, relies on his uncanny ability to contain or overcome opponents with great dribbling skills and speed. This is mostly thanks to his fantastic ability to change direction and his quickness in the first steps to recover lost ground or to handle the change of pace imposed by the opponent. Even more than his positioning and orientation in front of the play, his speed, elasticity and power stand out, along with his concentration, all qualities that make him a very reliable player when it comes to protecting his defensive zone of impact (see duels and tackles/was dribbled, metrics framed in green on the radar above). Likewise, his defensive relentlessness will allow him to perform in teams that press high and defend by protecting the middle of the field to recover the ball towards the wings. By contrast, the only major weakness he shows is his ability to impose himself in aerial duels.

This same argument can be made when it comes to analyzing him impact with the ball, something that is noticeable in all the aspects that have to do with ball control, subsequent ball retention and the ability to complete passes and read his teammates well, as well as his ability to drive, dribble or associate, displaying his technical arsenal with a constant depth and high quality crosses from the wings into the box, a metric in which very few full-backs perform as well in the top leagues. In the first of the three maps below, we wanted to highlight a crucial factor often seen in top teams that tend to start plays from the back and that demands a high level of skill and competitiveness from full-backs. Malo Gusto provides an infinite number of solutions thanks to his personality and repertoire to overcome pressure, play towards the middle of the field or dribble out wide looking to reach the opponent’s half with the ball under control. This often allows him to avoid being dispossessed while helping the team move forward in order to connect with the most dangerous players in the last third. Between the first and the second third of the pitch, Gusto has completed as many as 155 carries and progressions out of the 163 he has attempted in 22/23.

Despite the fact that Olympique Lyon are not going through a good moment in Ligue 1, both last season and this season, the passing of Peter Bosz and the characteristics of his players shape a style of a lot of possession and ball progression (Malo Gusto is the 9th full-back in the five big leagues in ball progression), which will make it easier to understand in which teams, with great economic possibilities and playing in the Champions League, would fit the characteristics of the French full-back.

Among the teams that could enter the bidding for the Frenchman, there are two that currently have in right-back a position to invest in both for the present and the future. And they both play in the Spanish league. The arrival of Mazraoui, plus Pavard at Bayern, Walker and Cancelo at Manchester City, Reece James at Chelsea, Achraf Hakimi at PSG or Trent Alexander-Arnold at Liverpool make the arrival of a full-back less necessary, although it is not out of the question after the departure of a full-back.

Barcelona’s situation at full-back is perhaps the most needy of all the top teams in Europe. Their needs have led Xavi Hernández to place Jules Koundé or Ronald Araujo at right-back, thanks to the large roster of centre-backs at his disposal, with only Sergi Roberto, who is particularly weak in one-on-one situations and in the back four, as a specific right-back, being also a training midfielder and with a contract expiring in 2023. In addition, Hector Bellerin’s contract is up and his future at the club is uncertain. All the characteristics that make Malo Gusto stand out would fit perfectly in the game of FC Barcelona, both for the prominence in the game and for the need to defend wide spaces behind him and to raise the level in individual duels as the last or penultimate man.

The situation at Real Madrid is different. Dani Carvajal and Lucas Vázquez, along with the possibilities of Nacho and Rudiger being available as options, do not create such an immediate need in that position. However, Carvajal’s injuries and age, as well as the age of Lucas Vázquez, may lead the European champions to think about investing in a player with such a promising future, taking him away from other teams of similar status and continuing with their commitment to players under 21 years of age. His ability to provide solutions from the individual level, both on the ball and in the final third, make him perfectly adaptable to the particular style of the white team, adapting to the high technical level that demands the talent of all its players.

Of the Premier League teams, Manchester United perhaps have the most scope to make a leap in quality at the position. Although Diogo Dalot is having a good season, being only 23 years old, Malo Gusto could be a clear improvement that would raise the average quality of a defensive line that is still far from the best in England and would also help Erik ten Hag to continue to establish his ideas.