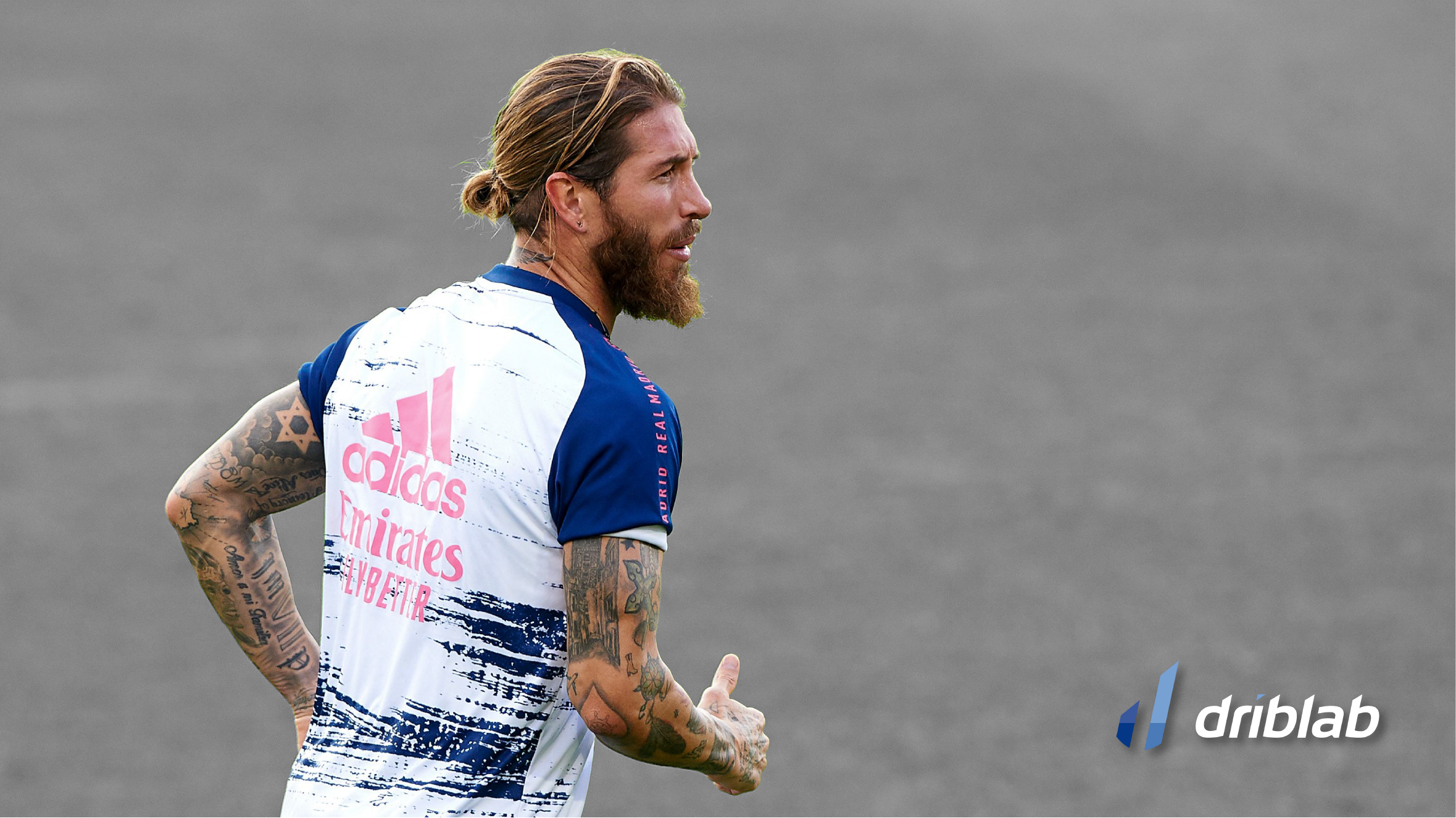 There are certain teams that are hard to imagine without a particular player. It happened at Barcelona with Xavi Hernández and it had happened before with Alessandro Del Piero. There have also been hundreds of cases in English football. That same circumstance will be experienced at some point by Real Madrid when Sergio Ramos decides to retire or chooses to continue his career elsewhere. How can a player like that be replaced? Given the difficulty of the question, at Driblab we have studied the U-25 centre-backs market to see which player would best cover the tasks currently performed by the Andalusian player. This is a task that we usually carry out to help our clients. And although the profiles to be replaced are not as complete as in this case, sometimes the data helps us to find options that were not initially considered by the planning.

Before starting we must study the profile to be replaced. Ramos is a centre-back who combines great influence with the ball in his team with a high volume of successful defensive actions. If we combine his numbers from the last three campaigns (18/19, 19/20 and 20/21) what stands out is his effectiveness in passing (91.6%) and his influence on the team’s progressions. This is due in part to his ease of long-distance movement, with a success rate of over 75% for this type of pass and a high volume of completed attempts (6.98). In addition to this, he regularly participates in the build up of plays that end in a shot (0.39 xG per 90 minutes). Therefore, we are looking for a player whose performance in possession metrics is very convincing.

Although at Driblab we have a similarity tool, in order to find those specific profiles, this time we have used the parameterized search. By applying several filters we can find players that offer a minimum performance in certain parameters. In this line, we have been looking for U-25 central defenders in Europe’s top five leagues (plus Liga NOS) who are above 87% success in passing, complete more than 3.5 long passes, participate in the build up of at least 0.25 expected goals and are above 69% success in tackling actions, taking into account that Ramos has been averaging 70.1% since the 2018/19 season. Due to the scepticism that exists in the industry regarding the height of the centre-backs, we have also established a minimum measurement in this search: 178 cm.

The table below shows some of the players that have appeared in our search. As you can see in the graph, we have the option of ordering the resulting players according to the side of the defensive line in which they play. In this case, considering that, since Mourinho moved Ramos to the position of centre-back he has played almost all minutes in the left profile, we have given priority to players who act in that side of the defense.

However, if we study these profiles one by one, the reality is that many of them are left-footed. And we are looking for a player who has an inside pass and can play orienteering, so he must be right-handed. In this sense, the most suitable profiles seem to be Edmond Tapsoba (1999) and Dayot Upamecano (1998). Both meet all the requirements and are profiles with plenty of time to improve their possible weak points. And although they did not appear at the top of this search because they usually play on the right side, another alternative to consider is Jules Koundé (1999). He meets all statistical requirements and in recent months has played excellent games.

Koundé experienced great growth last season after being transferred from Girondins to Sevilla, performing at a particularly high level after the Covid break. From June to August he completed 88.3% of his passes and had an extraordinary success rate in tackles (81.2%). But he also won a lot of aerial disputes (3.62 per 90 minutes of play). This is a top figure within this position and a significant strength considering that Ramos has not been well in this aspect of the game in recent years.

His weakness in terms of replacing him is that he has not shown such a capacity for long-range displacements. And that is a characteristic that Upamecano have shown many times. He has a capital role in Leipzig’s progressions towards the rival half. In addition to making his own way with carries, he is very good at long-range passes. In these graphs we compare the long balls made by Ramos in the 20/21 (left) and those made by Upamecano (right).

Going to other aspects, Upamecano convinces us because of the volume of defensive actions he is able to take throughout the games. Although Tapsoba also has a high incidence in the initiation of the game, with very good numbers both in passing and in the build up of expected goals, he does not contribute as much in purely defensive actions and is showing some deficiencies at the beginning of this season.

Although this type of decision requires opinions from many different professionals and more in-depth analysis, at Driblab we believe that Dayot Upamecano is the most interesting option looking at the long term. In any case, we know that there are aspects of Ramos that are very difficult to replicate. For example, its reliability as a penalty taker. With his goal against Neto at Camp Nou, Sergio accumulated 25 penalties scored in a row. In fact, his last mistake was almost two years ago (May 2017). In our next post we will talk about the importance of the penalties in the European football by analyzing figures that have left us this type of actions in the last two seasons.