Players turn old, get injured, decide to change teams or simply drop in performance. One of the best ways to replace a player is to identify which profile we take as a reference, what functions are desired for that position and see who are the most similar names. That’s where our Similarity tool comes in, […] 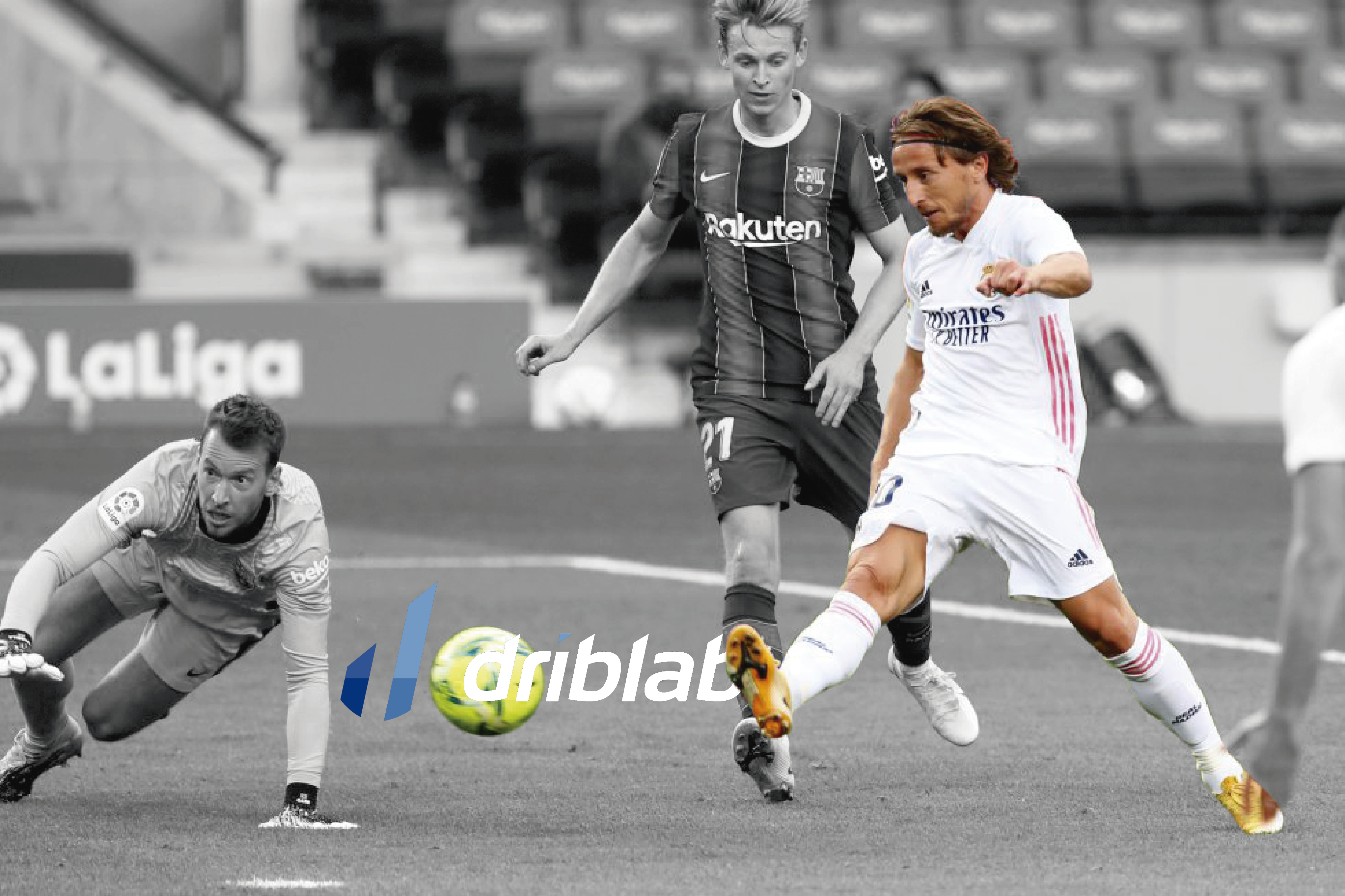 Players turn old, get injured, decide to change teams or simply drop in performance. One of the best ways to replace a player is to identify which profile we take as a reference, what functions are desired for that position and see who are the most similar names. That’s where our Similarity tool comes in, one of Driblab’s most requested services.

The similarity search takes into account more than 50 metrics, not just the ones shown on the radar chart. In Driblab we use this model to find profiles with similar metrics and characteristics to a certain player. This can be very useful both in scouting and when negotiating the sale of a player. Our similarity tool also evaluates in which parts of the field players perform which actions to indicate their degree of similarity.

The new U25 Luka Modric for less than 60 million?

These searches allow you to filter by age, height, leagues, position, market value, minutes and many more options as we will see in the following examples. In this case we have highlighted the Luka Modric of 2019/20 and analysing his performance it seems that Serie A hides several profiles capable of filling the role of the white ’10’.

Injury as an opportunity to rejuvenate the squad: Virgil van Dijk

The Dutch centre-back’s injury has affected Liverpool both in attack and defence and is an almost impossible loss to replace. But it is also an opportunity to look at who could be the next Virgil van Dijk. Looking at the most similar centre-backs we see that Duje Caleta Car, with an 86.6% similarity rate, was very close to being Liverpool’s choice if we believe the rumours.

van Dijk’s absence is affecting Liverpool. We used our Similarity tool to search for players who can perform the tasks that the defender fulfilled ⬇️ pic.twitter.com/fcWBwwJ87G

The ‘low cost’ Jadon Sancho has arrived in Spain

Our similarity tool can also be adapted for teams that have identified the profile they want and adjust the search to the financial possibilities of the club. In this case, we have looked for a young alternative to Jadon Sancho for less than 15 million euros. We see that the most similar profile is Brian Rodriguez, the recent signing of UD Almeria.

Customization for each market: filters by nationality or language

The most successful CONMEBOL project of the last five years needs to rejuvenate its midfield engine. In the case of River Plate, we adjusted our filters to the Argentinean reality: only Spanish-speaking players with a market value of less than five million euros. This allows us to go beyond the usual options: a profile in the second division, a Spanish midfielder in Eredivisie, two of the best midfielders in Uruguay -including a promising young player-; and even a former Boca player without a big role in Italy. One more Driblab tool focused on expanding scouting and giving more market options to our clients.