Locatelli, the prototype of the new Italian central midfielder

Manuel Locatelli is one of today's most interesting midfielders. We analyse his game and his profile as a pure central midfielder. 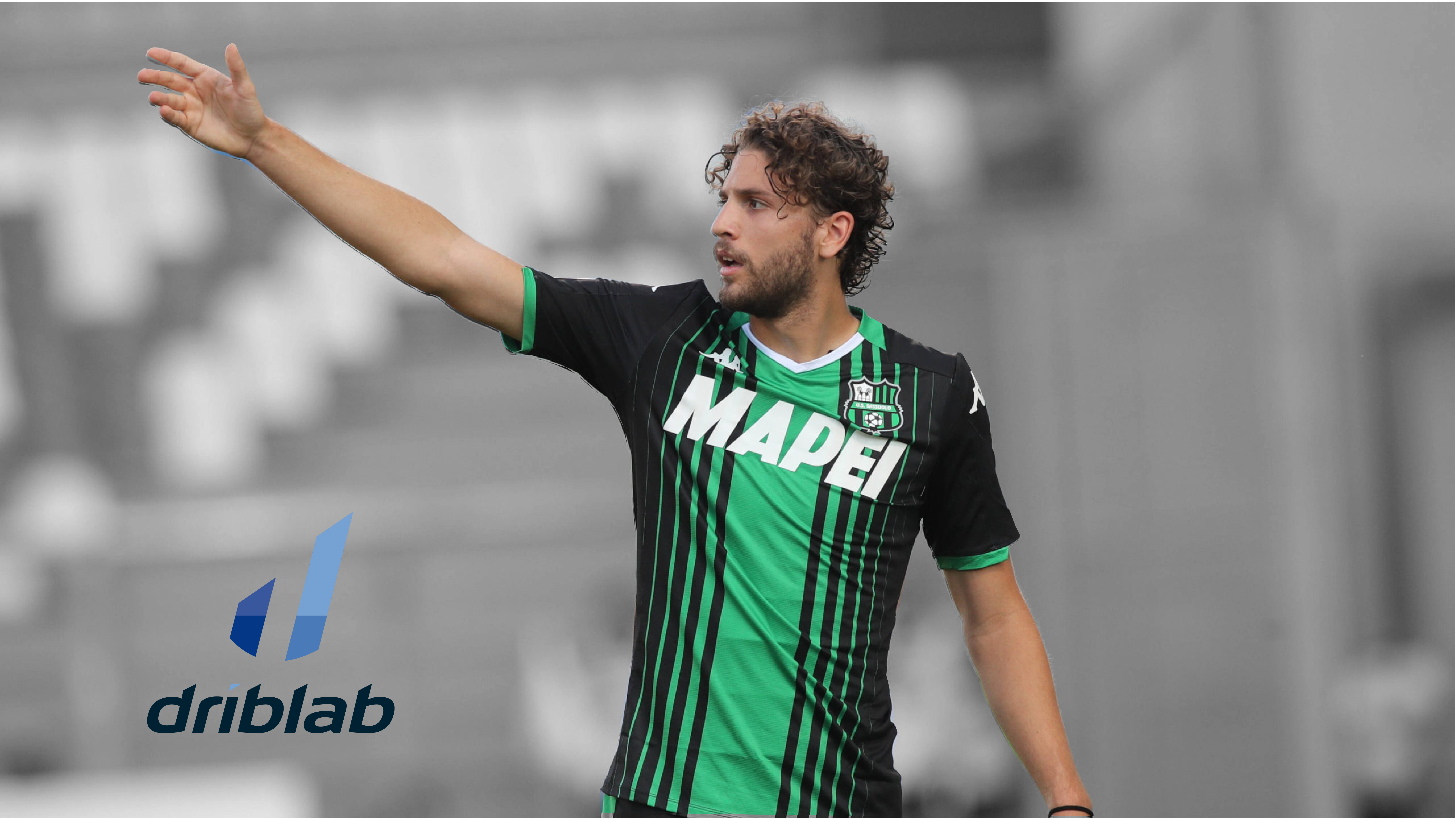 On 13 June 2018, Unione Sportiva Sassuolo Calcio announced 39-year-old Italian Roberto de Zerbi, a coach who is nearing the end of his third season south of Modena as one of the main figures responsible for the footballing transformation in Serie A, a championship that has been breaking its own chains to become one of the most attacking and tactically versatile leagues in all of Europe.

From the moment of his arrival, De Zerbi did not take long to stand out with a work based on several premises that had been highlighted outside Italy, mainly derived from the hegemony of possession football championed by Guardiola’s Barça, which highlighted collective concepts such as the construction of the game, involving the goalkeeper and the centre-backs, fundamental to create both offensive and defensive advantages. A new way of organising around the ball which was not usually seen in Serie A.

Alongside him, Manuel Locatelli arrived in the Reggio-Emilia region, a Milan youth player, as one of the most promising talents in Italian football, and whose story alongside De Zerbi helps to understand how the central midfielder in Italy, since the figure of Andrea Pirlo, is no longer a purely defensive player. These circumstances, coupled with the Azzurri’s failure to qualify for the 2018 World Cup in Russia, have influenced the country’s mentality, resulting in the development of some of its greatest talents.

At 23 years of age, Manuel Locatelli is one of the most interesting players on the current and future European scene. We are talking about a midfielder who is becoming more and more established in his roles, both in balancing the game and in guiding and directing his team, the epicentre of the Neroverdi, initiating from the back and bringing the team together or launching it into attack. Using one of our metrics, the Pass Map, and to graphically exemplify his impact on Zerbi’s idea, in Sassuolo’s recent win at Milan Locatelli was the one who made the most passes (81), something completely usual every week.

In the last three years, Locatelli has been moving backwards on the pitch to become a pure central midfielder, in charge of developing but also of winning back metres, defending in the air, covering to the wings or protecting his area on a permanent basis. Although not as pronounced, it is something that happened to players like Pirlo or Verratti, who were more used to playing between the lines in their early days and who later became central midfielders.

If we look at some of the statistics we have to take into account to separate a midfielder who plays in the final third from one who plays as a central midfielder, Locatelli has been dribbling and pressing less, creating fewer chances and generating fewer assists, in exchange for increasing his defensive performance: being dribbled on less, winning many more aerial duels and intercepting many more balls.

His zone of influence, and consequently his responsibility in the team’s play, has become more centralised and delayed to become a complete midfielder in all phases and facets of the game. If we observe and compare all the passes, by zones of the field, of the 2018 season with those of the 2020 season, we can see that his deliveries have been moving backwards, starting from further back, to modify his behaviour, giving more passes in the first two thirds of the field; less route and a more positional role and focused on guiding the construction, organising and bringing the team together and protecting and preventing progressions of the rival near the area, becoming one of the most coveted midfielders in the big leagues.