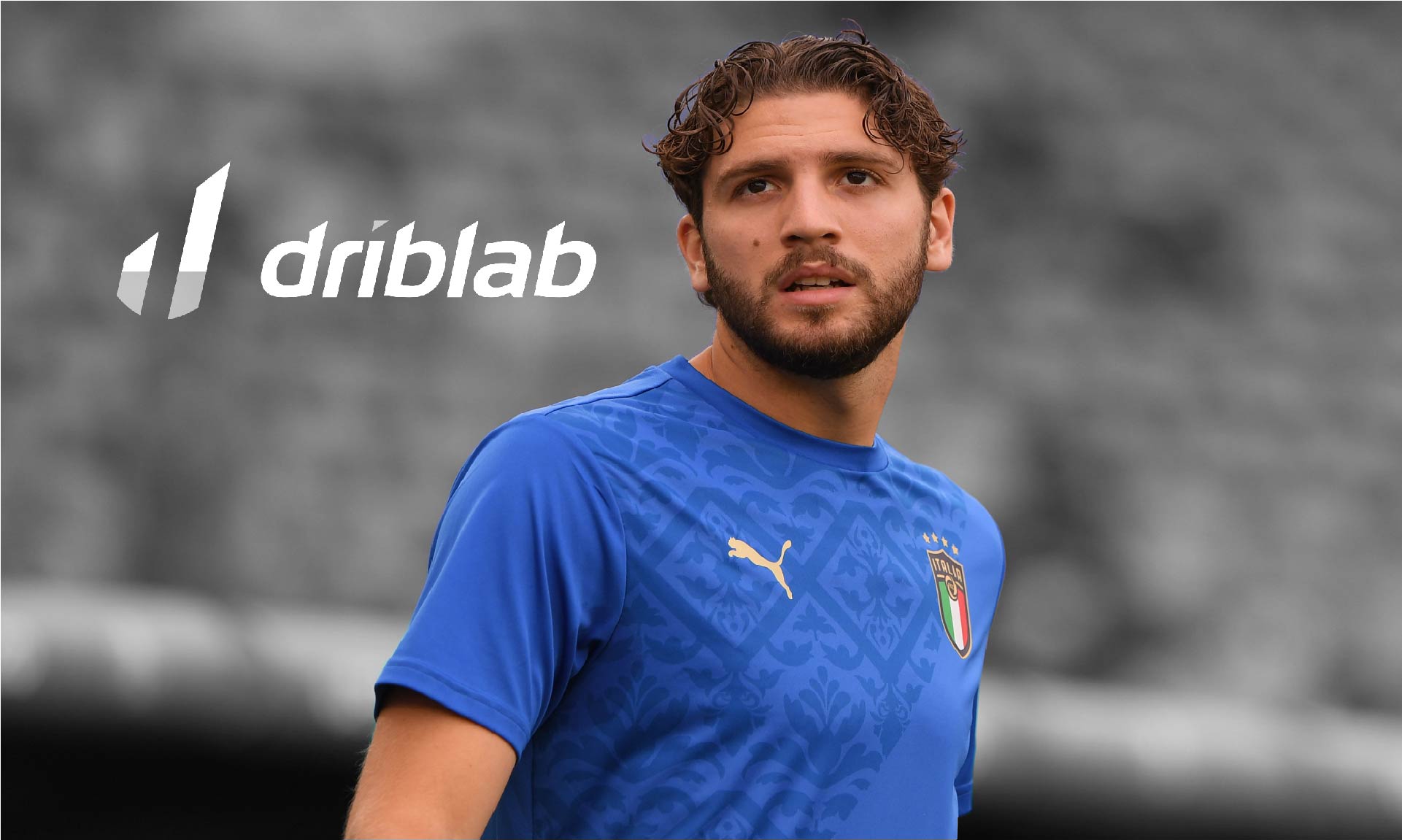 Euro 2020 is witnessing the high level shown this season by all Italian midfielders in general and by Manuel Locatelli in particular. His extraordinary year at Sassuolo and his progression as a midfielder, as we analysed a few weeks ago, have been enough to put him on the exit ramp to the next level, looking for a new opportunity in one of the big teams in Europe.

Understanding this context, we at Driblab have set out to imagine a possible replacement scenario for the Italian player. In addition to predictive models and advanced statistical metrics, our platforms and consultancy services allow us to filter by different characteristics that bring us closer to the most similar players in order to make decisions saving time and money for clubs.

With our ‘Similarity’ tool we quickly check players who appear similar to Locatelli based on football traits and performance analysis alone. Among the most similar names are Ruben Neves, with 88.9% similarity, followed by Rodri Hernandez (87.4%), Florian Grillitsch (87.3%), Bruno Guimaraes (87%), Nicolas Dominguez (86.8%), Fabian Ruiz (86.6%) or Thiago Alcantara (86.2%).

However, the value of the tool increases when you add filters such as market value, which we have set at 15 million, age or minutes played. The ‘Similarity’ tool takes into account more than 50 variables and metrics with which to find a number of players that clubs can start to explore further.

Using these filters, we have found two interesting players by age, experience and style of play. The first, Krisstoffer Olsson, a Swedish midfielder, a starter in the national team and one of the best midfielders in the Russian Premier League, has stood out as the best in ball progression and passing.

Thanks to our ‘lollipop’ tool, we can make a direct comparison to get a more individualised approach in the comparison, in which, among the aspects where they differ the most, we can see that Olsson lacks in aerial play, where Locatelli has grown a lot, or in dribbling ability, where the Italian is more prodigious due to the way he plays.

The second of the players would be the 26-year-old Turkish Taylan Antalyali, a very good all-round passer and distributor of the ball, with good numbers in one-on-one defence (tackle/was dribbled) and aerial duels, compared to the average performance of midfielders in the big five leagues and the Turkish Super League.