The problems in Darwin Nuñez's definition contain some nuances that the data show in this article. 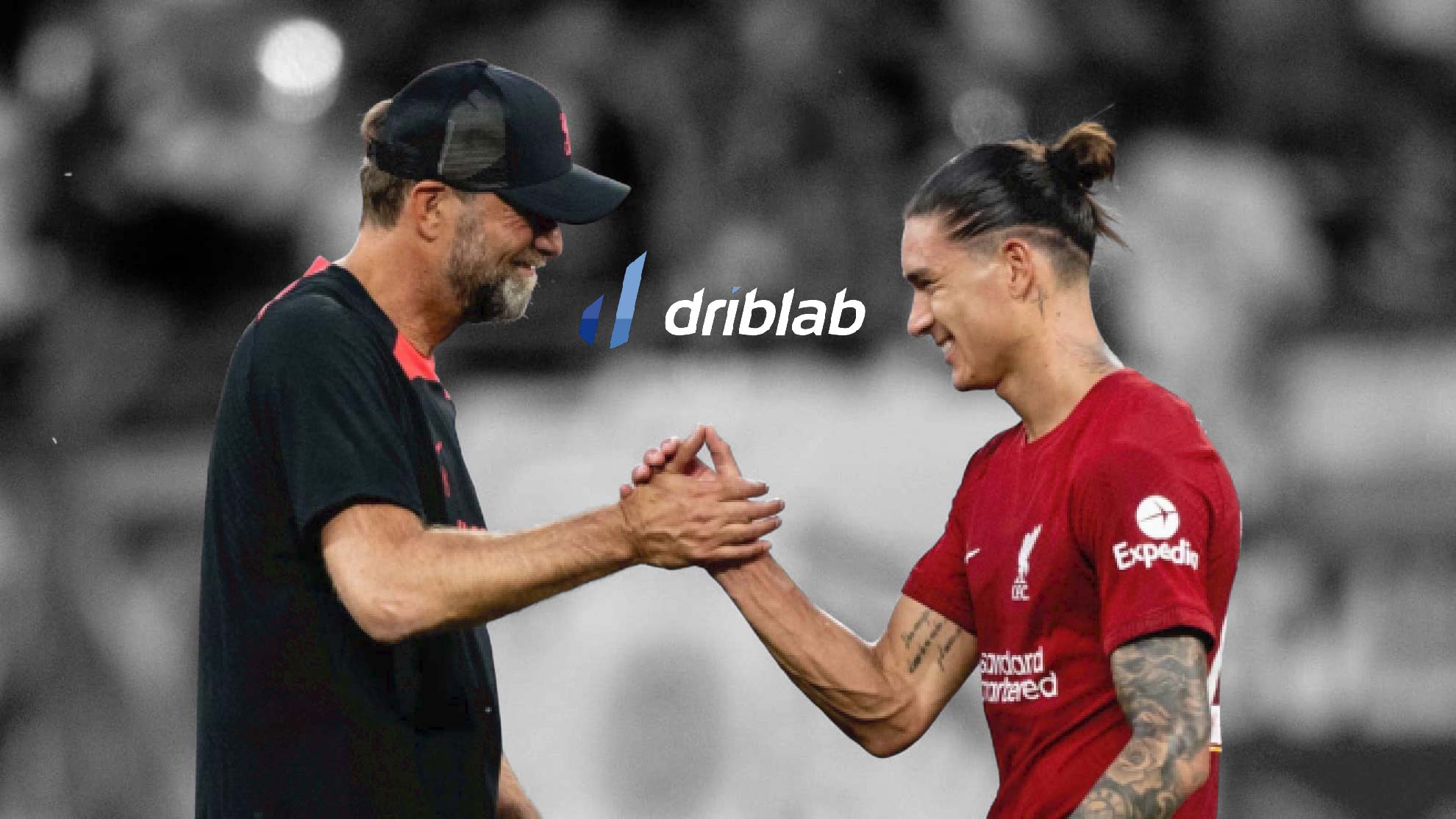 Since Jürgen Klopp arrived at Liverpool, the English club has multiplied its level of demand to the maximum both in the Premier League and at European level. Their competitive standard has grown to such an extent that, in order to maintain their rivalry with Manchester City and continue to distance themselves from Chelsea, Manchester United, Tottenham and Arsenal, they have even invested 100 million euros for a player, Darwin Nuñez, the same summer that their main competitor invested less money for two players of a higher level or potential, Erling Haaland and Julián Álvarez. It is a signing that has put Darwin under great demand and pressure and has become a recurring debate about his performance, even more so when he was suspended for three games and Liverpool began dropping points that kept them out of the Premier race from the first few matches.

The truth is that Darwin has five goals without penalties in 10 Premier League games, a more than acceptable average goal-per-minute ratio. Comparing his performance immediately after arriving in the Premier League with his performance at Benfica, a completely different league in style and level, and in his second season rather than his first, it is clear that Darwin is putting the ball between the posts a virtually identical percentage of times as he did at Benfica (47.1% vs. 46.1%). However, of all those shots, he was only able to convert 9.8% of them into goals, while at Benfica he scored 25% of shots on target: one in four of Darwin’s shots on target were goals. A statistic as incredible as it is difficult to sustain for the Uruguayan in his first months in the Premier League.

From this analysis of Darwin’s numbers, the enormous volume of shots and expected goals that the Uruguayan is taking on in his team is striking. Arriving after the departure of Sadio Mané, Liverpool are focusing their play in such a way that Darwin generates 56.2% of the xG produced in play by Liverpool, when at Benfica he was only responsible for 36%, offloading it to a Salah who in his best moments transformed chances into goals with astonishing ease, thanks to his fantastic quality in shooting and finishing. To this figure we should add that Nunez’s shots maintain an average of 0.10 xG per shot (10% chance of ending in a goal), when at Benfica his chances were considerably clearer: 0.15 xG per shot – 15% chance of becoming a goal.

In short, the Red striker takes more than half of the team’s expected goals with his chances being 33% less clear. Logically, it is difficult for his effectiveness to be the same or higher than in Portugal. This table reflects the percentage of expected team goals for Salah, Firmino and Mané from 2017 to 2023, with Firmino acting as the link for Salah and Mané to finish. In all those years, the sum of Salah and Mané was equal to or less than the 56.2% that Darwin is adding. To give us an idea of how unbalanced Liverpool’s attack is, Haaland assumes 38% of his team’s xG open play in team and Leo Messi, on average in his years at Barcelona, accumulated 35%. And Darwin, defining and shooting, is neither Haaland nor Messi. He is another type of player.

Finding the causes that lead to the same percentage of shots on target but with such a lower percentage of effectiveness is not easy, but we can find clues. One of the main ones is to watch Darwin’s goals in the Portuguese league on video and conclude that the chances were often empty netters or with a quality of goalkeepers and defenders clearly inferior to the Premier League. If we compare the shots that the goalkeepers saved from Darwin during 2021/22 with those of the Premier League 22/23 and Champions League 22/23 we see that the percentage of saves increases. It’s no less important because it’s so obvious: the quality of the chances is lower even if the volume increases and the quality of the goalkeepers is much higher than in the Primeira Liga.

He doesn’t have to be. This reality can also be proven with numbers. Our Expected Goals on Target model measures the quality of each player’s shots. While Expected Goals are measured with a pre-shot statistical model, Expected Goals on Target measures how much added and aggregate value the striker adds to that shot based on where he placed the shot between the posts and how likely that shot was to score based on its location. What is certain is that Darwin is adjusting his shots better than he did last season.

The data helps to contextualise different situations in a game as unique as football. Arriving in a new league, maintaining a level that has only been there for one season, leaving out aspects as crucial as the player’s own confidence, which certainly always guarantees a superior performance in terms of effectiveness, are all factors that influence a player who needs time that Liverpool, in a competitive context as fierce as the Premier League, does not have.