How to find the best possible destination

Choosing the best possible destination is increasingly decisive. Data support is becoming more and more important. We present a real case of a player who has fit perfectly into his new team. 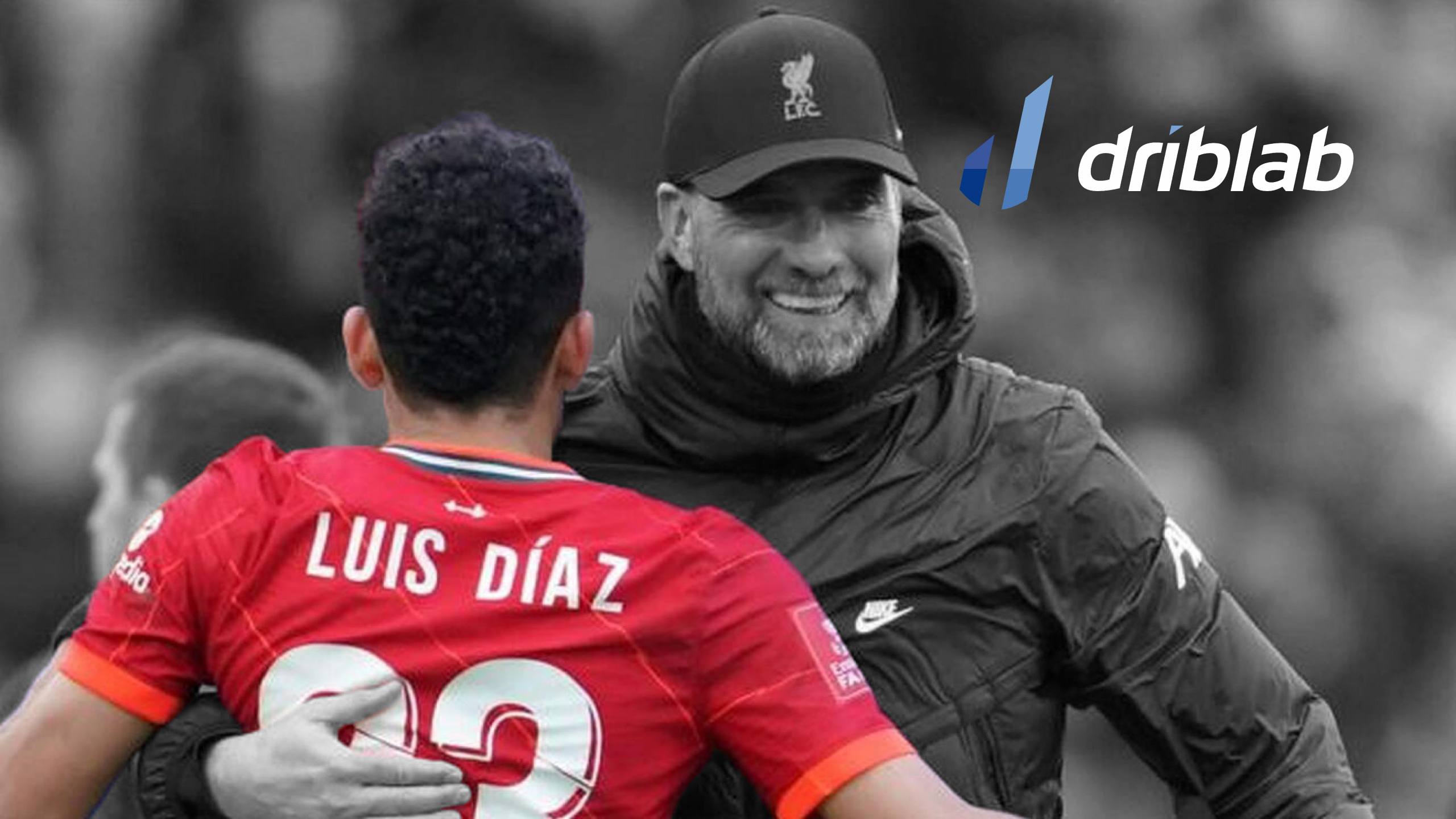 These are the words used by Jürgen Klopp to define one of the most important signings of the winter market, the Colombian Luis Diaz. A move that Liverpool apparently did not need with Sadio Mané, Roberto Firmino, Mohamed Salah or Diogo Jota, but which has proved to be a resounding success, showing us that you can always improve the way you play.

Data is increasingly being used to analyze all kinds of situations, not just to measure performance. For instance, Kevin de Bruyne relied on it to prove that he deserved a better contract. For the players, getting the right destination has become a very important decision, influencing key aspects of a their life – culture, country, climate – as well as their professional life – competition in the squad, club aspirations or tactical style. That’s why at Driblab we have specific tools that connect the player’s talent, style and performance with those teams where he might fit best. Agents, clubs and players cannot make that decision based solely on their feelings or money. A recent case is Luis Diaz, a player who has arrived to challenge the most iconic trio in English and European soccer since Klopp signed for Liverpool.

The main differentiating trait of such an attacking trio, and what makes them complement each other so well, is the fact that the team’s best finisher is their right winger, Mohamed Salah. Therefore, the more space and clearances the Egyptian has, the more likely the ‘Reds’ will score. To that end, Firmino attracting the center-backs to create space behind him and Sadio Mané’s open position on the left flank were two direct ways to facilitate Salah’s carries and runs. Even if Mo has good one-on-one skills, it does not seem ideal to build up a lot of possession on the right flank and have the opposition defend Salah by throwing a lot of players around him. As you can see in the two images above, Liverpool’s play, (after the arrival of Luis Diaz), has been shifting from the center to the left of the field in order to keep a similar system… or improve it.

Luis Diaz’s influence is being felt both as an individual and in terms of how well he fits in with his teammates when it comes to the team’s offense. The Colombian already leads Liverpool in the following key stats: participation in possessions ending in shots (10.65 per 90 minutes), dribbles (3.4 per 90′), key passes in play (2.4 per 90′, to Mo Salah’s 1.28), Expected Danger per carry (0.17 per 90′) or Depth (he steps into the final fifth of the pitch 19 times per game, more than anyone else at Liverpool). He is also 2nd in touches in the box per 90′ (9.62, to Salah’s 9.93). This tells us about the extraordinary ability to adapt and develop his game under pressure and in a more competitive environment.

Klopp went to the market to find a player who has proved himself and who could also reinforce the offensive traits that are common to the team; a right winger who plays on the left, who can dribble while surrounded by opponents and who can also retain and take care of the ball when he receives it at a high speed (Thiago, Fabinho, Van Dijk).

Driblab’s data and tools allow us to extrapolate a player’s talent within a team to know which teams are a better fit for a player. Having a platform that does not rely on human judgment would allow us to have access to a lot of information but without the consulting work we do, we would not know what the best possible destination for a player is. This text highlights a real and successful case of a player who fits perfectly in terms of personality, style and talent in a very unique team.