We analyze some of the metrics of the Portuguese player, one of the keys of SC Braga's recent success 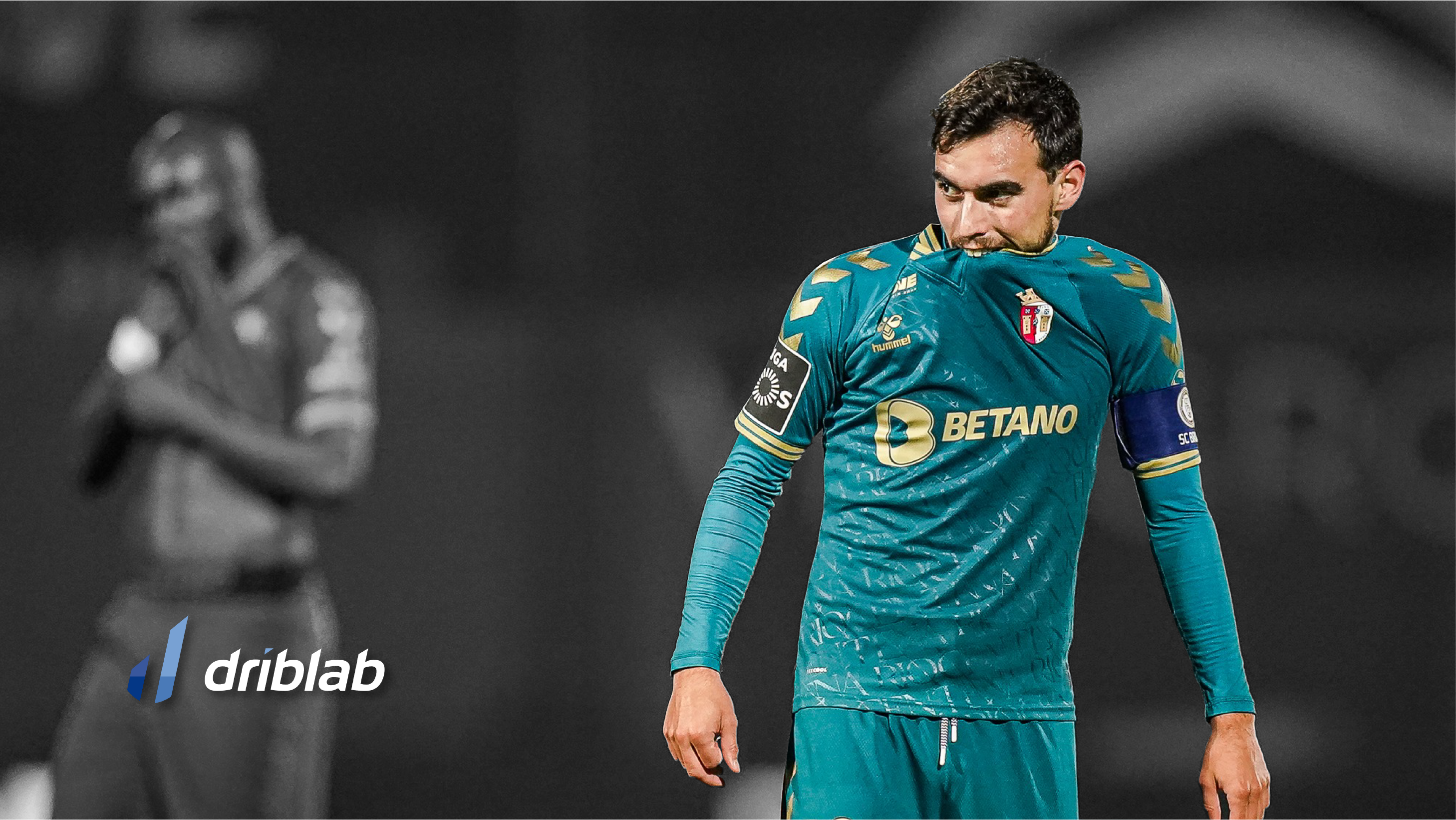 About half an hour after being defeated in Rome on 25 February, André Horta analyzed the difficulties some clubs in his country have in competing against teams of Europe’s top five leagues. “We have to play at a faster pace in Portugal, there are too many stoppages. Then when we play against others like Roma or Leicester, it’s difficult for us to keep up the pace”. Regardless of assessing the level of Liga NOS, where we at Driblab have always detected good players, his big brother Ricardo (1994) seems one of those players ready to adapt to a more complicated context. For several seasons now, his metrics and his influence in attack have been standing out for SC Braga.

Throughout each season, Ricardo Horta is involved in a large number of sequences that are finished with a shot, either as the player who generates the final pass or as the shooter. Focusing on the first case, here we have made a selection of the chances he has produced in open play situations. What we can see from this season’s sample is that he is a player who is able to filter passes from very different areas. In the aggregate, last season he generated 5 expected assists (0.14 per 90 minutes); while in 2020/21 he has generated a total of 3.1 (0.13 per 90 minutes).

In this kind of map, the colour of the lines indicates the probability of each key pass becoming a goal. The more dangerous the pass, the redder the line. It can be seen that Horta is not threatening as much on the left side of the box as he did last season, but it is clear that his impact is still very high. You can also see a huge growth since his time at Málaga, where he arrived very young (2014) and played 2438 minutes in two seasons. The evolution he has shown in his country has been global overall as he has grown in many different parameters.

Although he has always been a technically skilled player, Horta has increased his efficiency on the ball a lot in recent years. If in his first league at Braga (2016/17) he suffered 1.52 steals per 90 minutes, in the current league he is suffering only 0.82.

This graph compares some of his metrics -black sphere- with those of the rest of the attacking wingers and attacking midfielders who have played at least 900 minutes this season in Europe’s top five leagues plus Portugal. Horta is within the 20% of the most outstanding profiles in terms of dribbling effectiveness and times dispossessed per 90 minutes; and also in the top 40% in terms of passing success in the final third. In short, he’s really good at ball-handling.

If anything, where the player is proving to be a real difference maker in Liga NOS is in shooting. Last season Horta scored 14 non-penalty goals from an estimated 10.8 expected shooting situations; converting really difficult attempts.

This season he hasn’t been quite as accurate, being slightly under his xG cumulative, but his ability to penetrate inside the rival box from the second line and his shot selection have improved a lot and this can be seen on the maps. In 2020/21 he is taking the vast majority of his shots in very dangerous positions, increasing his xG per attempt from 0.10 to 0.14. All in all, we are talking about a player in constant progress and perhaps ready to prove himself in more demanding contexts.