The big bargain of the next summer?

We analyzed David Alaba's performance with data. The Bayern player finishes his contract in June and that puts him in the point of view of many big clubs. 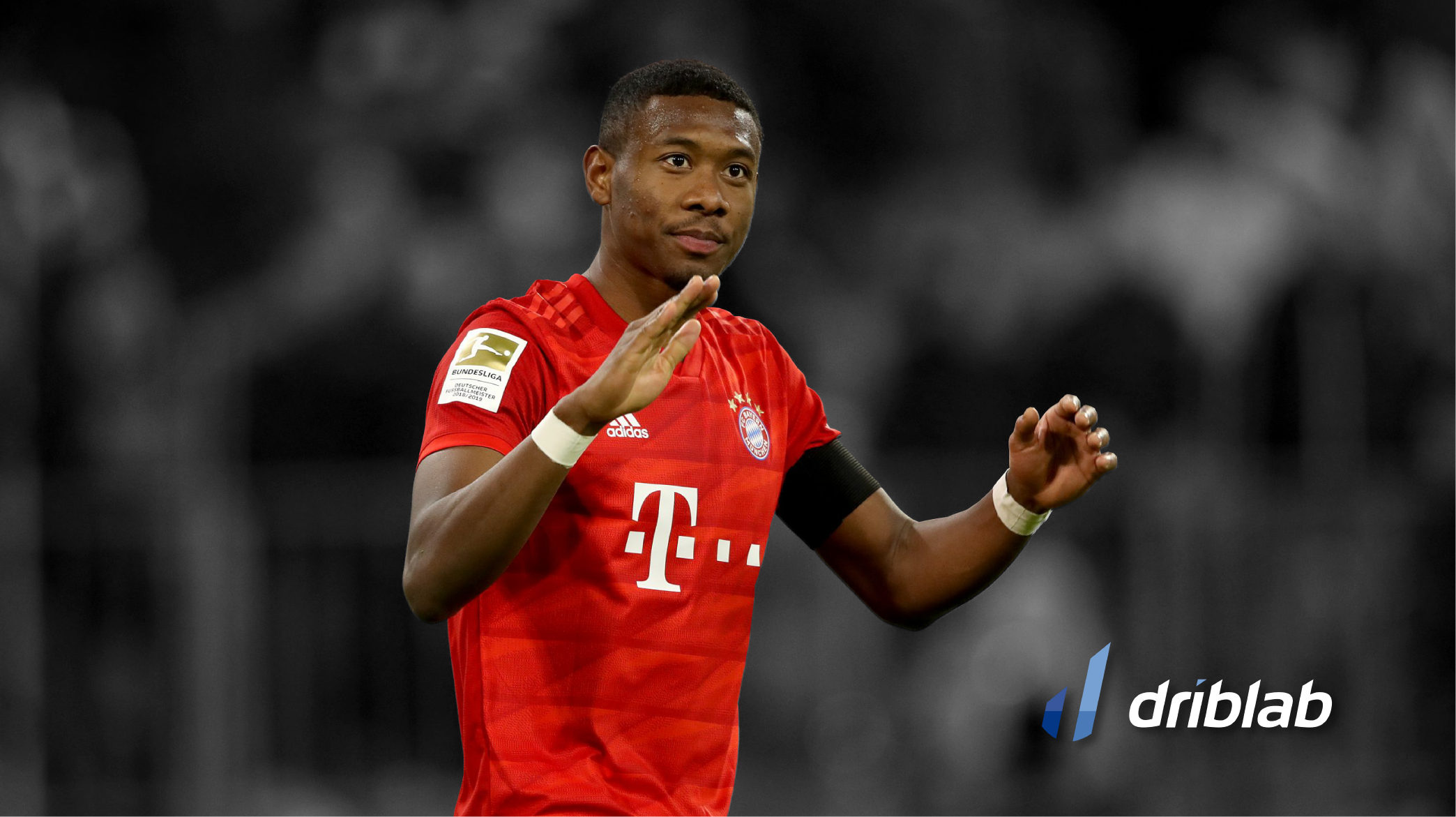 Like any other industry, professional football has been hit hard by the Covid-19. Clubs’ incomes have dropped substantially; even some of those that were considered ‘fixed’, as it has happened in France with the group that was in charge of broadcasting the games on TV. Many powerful teams have activated a policy of austerity for a while and in the 2020 summer market window, spending on transfers fell by 39.8% compared to 2019 in Europe’s top five leagues: 2.2 billion less was invested than the previous year. In this difficult context, taking advantage of opportunities represents a major added value. In June, a fully consolidated player such as David Alaba (1992) will end his contract with Bayern. He’s a member of Austrian national team, capable of playing in different positions and who has more than 90 matches of experience in the Champions League. Acquiring such a player at zero cost seems ideal, but what does our data tell us about his performance?

On this radar we can see how he is performing in the current campaign. Alaba has spent most of his career as a left back, but the arrival of Alphonso Davies (2000) and the team’s irregularity at the back led Hans-Dieter Flick to move him to centre-back. This season he has played almost 85% of his minutes in that position. One area where he has stood out the most is his passing and upbringing of the ball: he is well above average in terms of effectiveness in his passing and specially in the build up of plays that end in a shot, participating in 0.40 of the expected goals generated by Bayern every 90 minutes of play.

His numbers are less consistent in the aerial duels. It is true that he participates in fewer aerial duels per match, but his success rate in them (47.8%) places him among the least solid profiles in this position, as we will see later on. He is a very effective player with his tackling, with a 76% effectiveness in tackling actions. His volume of successful tackles or interceptions per 90 minutes is below the average of the big leagues, but we must bear in mind that Bayern Munich is a team that has the ball for a long time and exposes its defenders to fewer duels than normal.

In the following graph we contrast some metrics of Alaba (in the Bundesliga) with those of the other centre-backs who have played at least 800 minutes in 2020/21 in Europe’s top five leagues. The dark green spheres indicate the top 20% of profiles in that particular parameter; while red marks the worst 20%. With this we wanted to go deeper into different aspects of the game. The Austrian is among the best in terms of ball progression (advances of 10 or more meters generated by a pass or a carry) or effectiveness in passes that end in the last third of the field. Perhaps he has room for improvement in long-range displacements. He has recently been linked to Real Madrid and, for example, he completes fewer long-distance passes (4.17) than Sergio Ramos (7.79).

As we have mentioned, he has not shown sufficient efficiency in aerial duels, a facet in which he is in the bottom 40% of center-backs with the worst percentages. In terms of successful tackles per 90 minutes, his average in the German tournament is 1.15, around the average of the position. It is close to the most outstanding profiles in terms of intercepted balls. In any case, what is clear is that Alaba is a very interesting profile for a team that wants to build and start plays from behind. Its reliability as a passer and its influence on the construction of sequences that end up in shots places him as a good option for top teams.