The new king of Naples 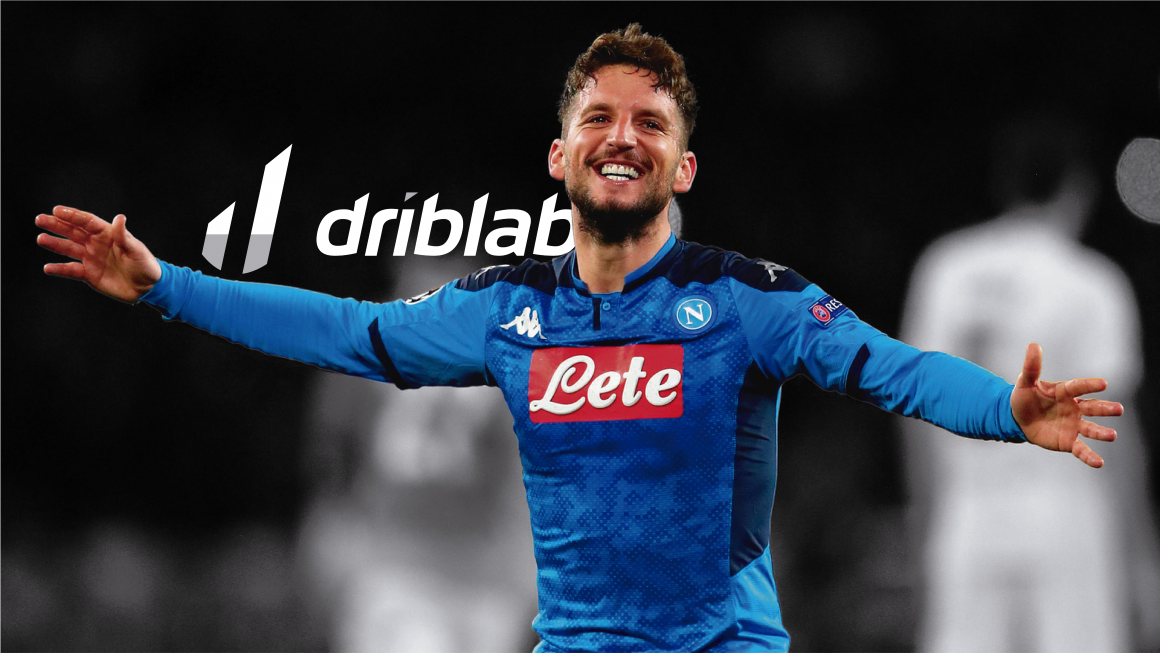 Since his first months in Naples in 2013, Dries Mertens has always been a gifted player attacking free spaces, moving with and off the ball and providing depth but also reliability in the final metres. Gonzalo Higuain’s departure for northern Italy left a important gap in the Neapolitan attack and it was then that the figure of the Belgian winger took on another dimension. In 2016/17 he started to be undisputed as the centre forward and main choice of the attack, in the previous years Mertens had had minutes in that ‘9’ role, but it was in this course that he really changed his position. At Driblab we wanted to take a look at the figure of Dries Mertens and how he has adapted to be the leader of the attack just a few days after becoming Napoli’s all-time top scorer. 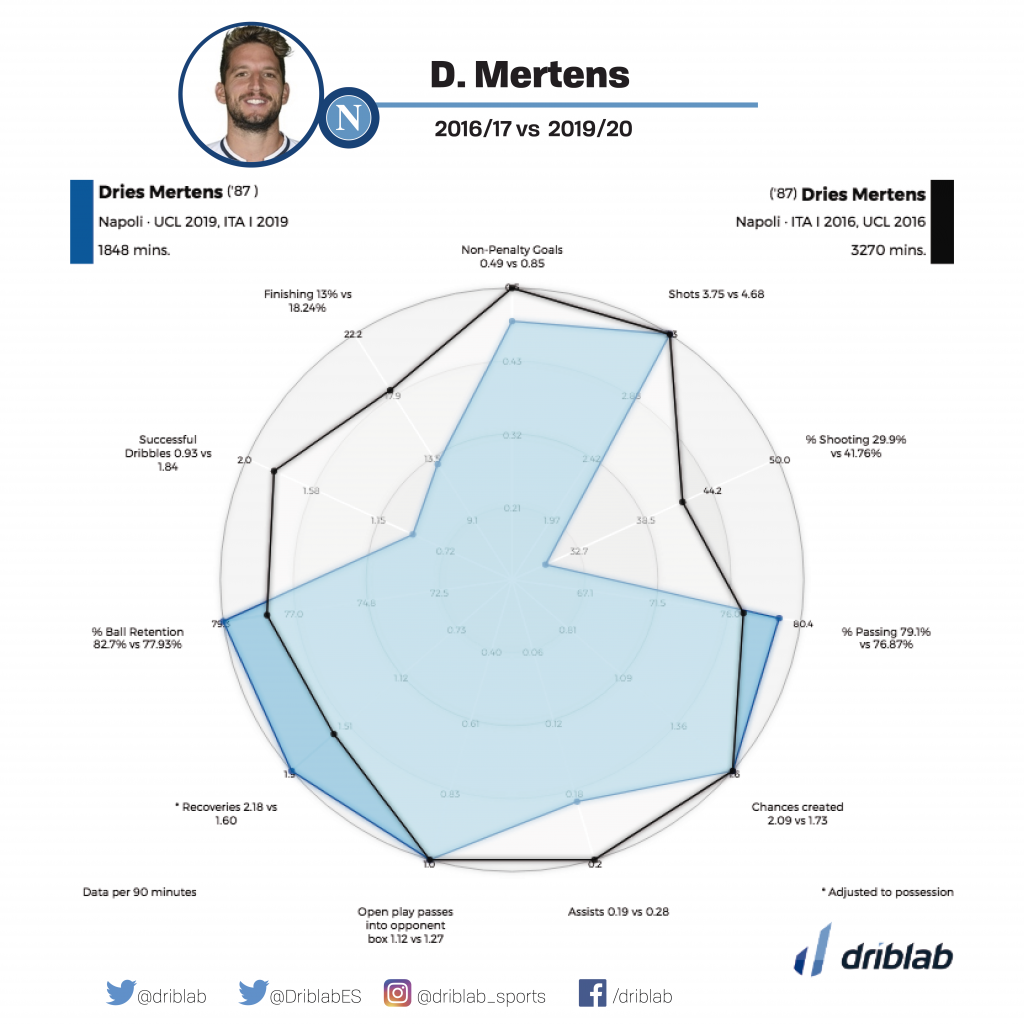 The first year as a striker (2016/17) marked a turning point in the Belgian’s career. Since then his evolution has been directed to a greater security with the ball, less losses, better figures with retention of the possession, more success in passing and more chances created. Although Mertens is not the prototype of ‘9’ he has always led the team in terms of expected goals and number of shots but what is most surprising is his consistency in finishing: except in 17/18, he has always scored above expected (Goals per xG greater than 1) and has shown great consistency in number of shots and finishing being above the average of his position. 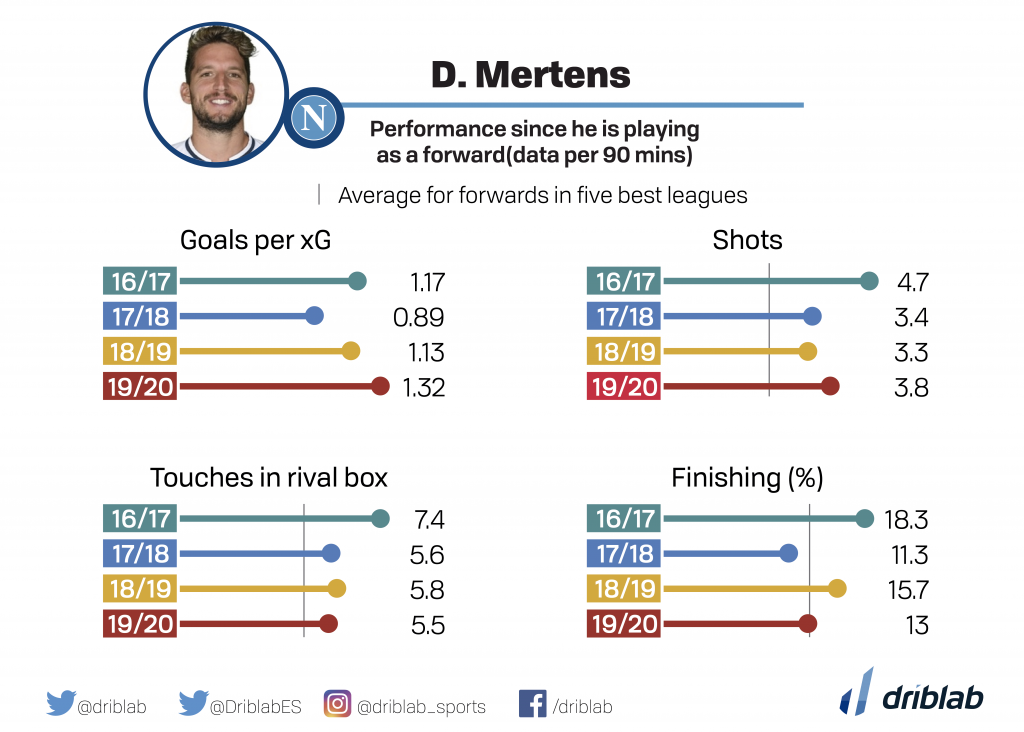