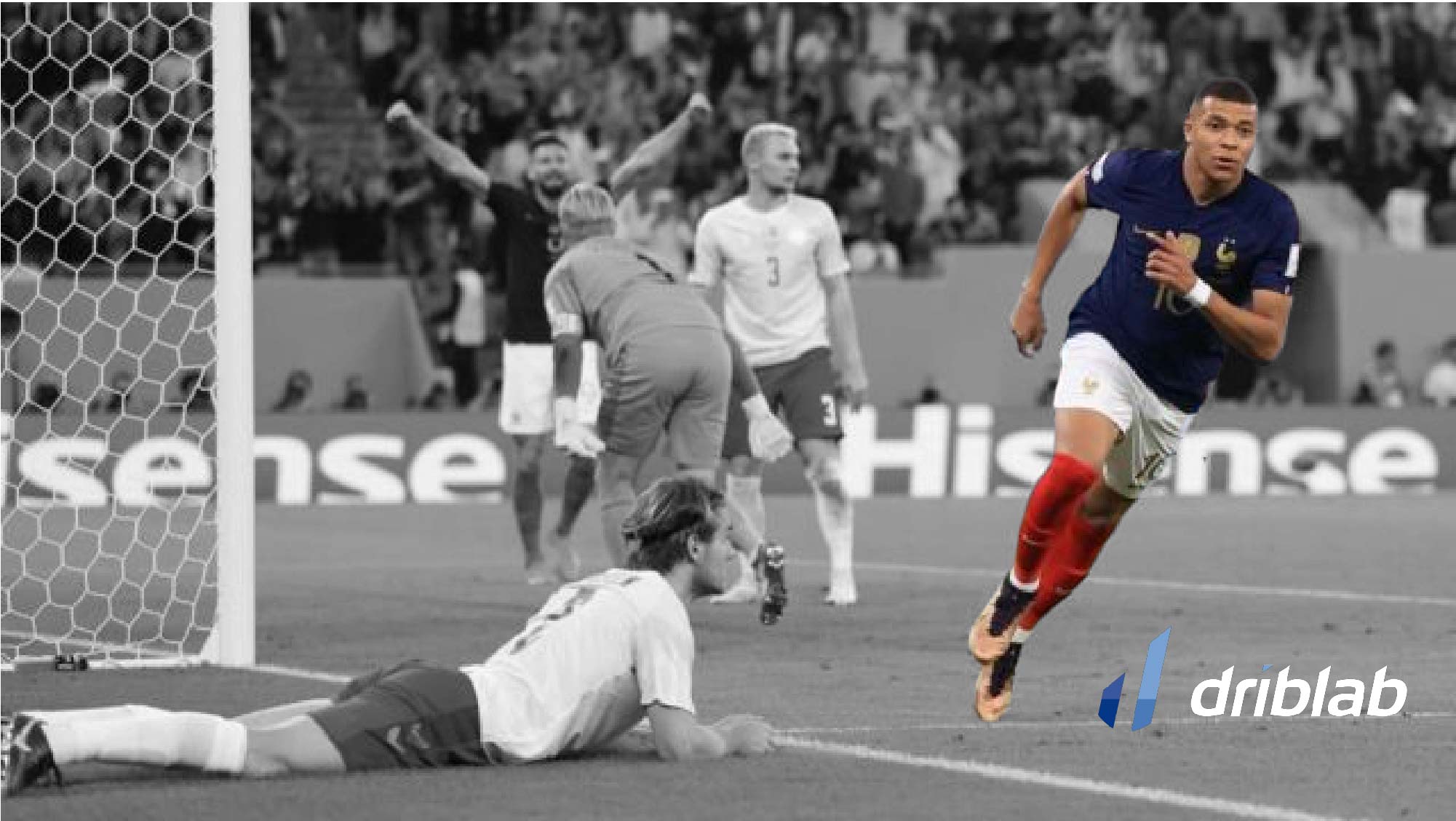 Only eight teams are still dreaming of becoming world champions. Four matches and more than 400 minutes later, including extra time and injury time, the statistics already reliably reflect the performance of all the players, contextualising and giving merit to those players who are being absolutely decisive during this World Cup. Therefore, we are going to know seven players that from one metric or another (measured by 90 minutes of play) have differentiated themselves from the others

Suffice it to look at the following graph to understand Griezmann’s relevance and impact on his team’s play. Expected Threat is a metric that measures the threat a player generates through dribbling, passing or driving to get the ball into areas where the probability of scoring a goal is higher. In other words, how much danger he is generating with his actions. And Griezmann is really far ahead of everyone else, including Leo Messi and Kylian Mbappé. Every action of his puts France in a position to create danger for their opponents.

Métrica uses the Expected Goals on Target model to find out which goalkeepers are saving the most expected goals based on the quality of shots conceded on goal. The goalkeeper who is helping his team the most in this category is 28-year-old Dutch goalkeeper Andries Noppert of Heerenveen, one of the biggest sensations of the World Cup. Suichi Gonda and Wojciech Szczesny are second and third in this metric.

You don’t discover it at this World Cup by looking at his season in Munich and his incredible talent but Jamal Musiala has shown the world his impressive dribbling ability. Up to 5.5 times per 90 minutes the German has dribbled past an opponent, more than two dribbles than Angel Di Maria (3.43) and Kylian Mbappé (3.34). Numbers that would even place him as the best dribbler in the big five leagues if we were to transfer his performance to domestic competition, above the 3-32 dribbles per game averaged by Lionel Messi at PSG.

More Touches in the opposite box

One of the players who is in contention to be the MVP of the tournament is none other than Kylian Mbappé, who is putting up one of the most astonishing statistics compared to his competitors. The French striker has more than 12 touches in the box per 90 minutes, a figure that takes value when compared to the 6.46 of second-placed Álvaro Morata, doubling the number of touches in the box of Leo Messi, third in the statistic.

Kylian Mbappé repeats in this statistic with almost two more shots per game than second-placed Spaniard Marco Asensio. The Frenchman has arrived at this World Cup to claim the throne of modern-day football, having already scored nine goals in 10 games at World Cups. It’s hard to believe that a player is finishing almost six times a game, many of them after personal moves.

To allow players like Mbappé and Griezmann to shine, Didier Deschamps has some of the best defenders in the tournament. This is the case of Ibrahima Konaté, who has yet to lose a tackle in the entire tournament, either by winning the ball back or disrupting the attack even if he does not regain possession, with tackles in all areas of his own half.

Our Aerial Efficiency metric combines the percentage of success in aerial duels along with the volume of aerial duels won to see which player is being the most decisive in aerial duels. And at the moment, Nicolás Otamendi is the World Cup centre-back who is best in aerial duels, clearing danger in direct play.