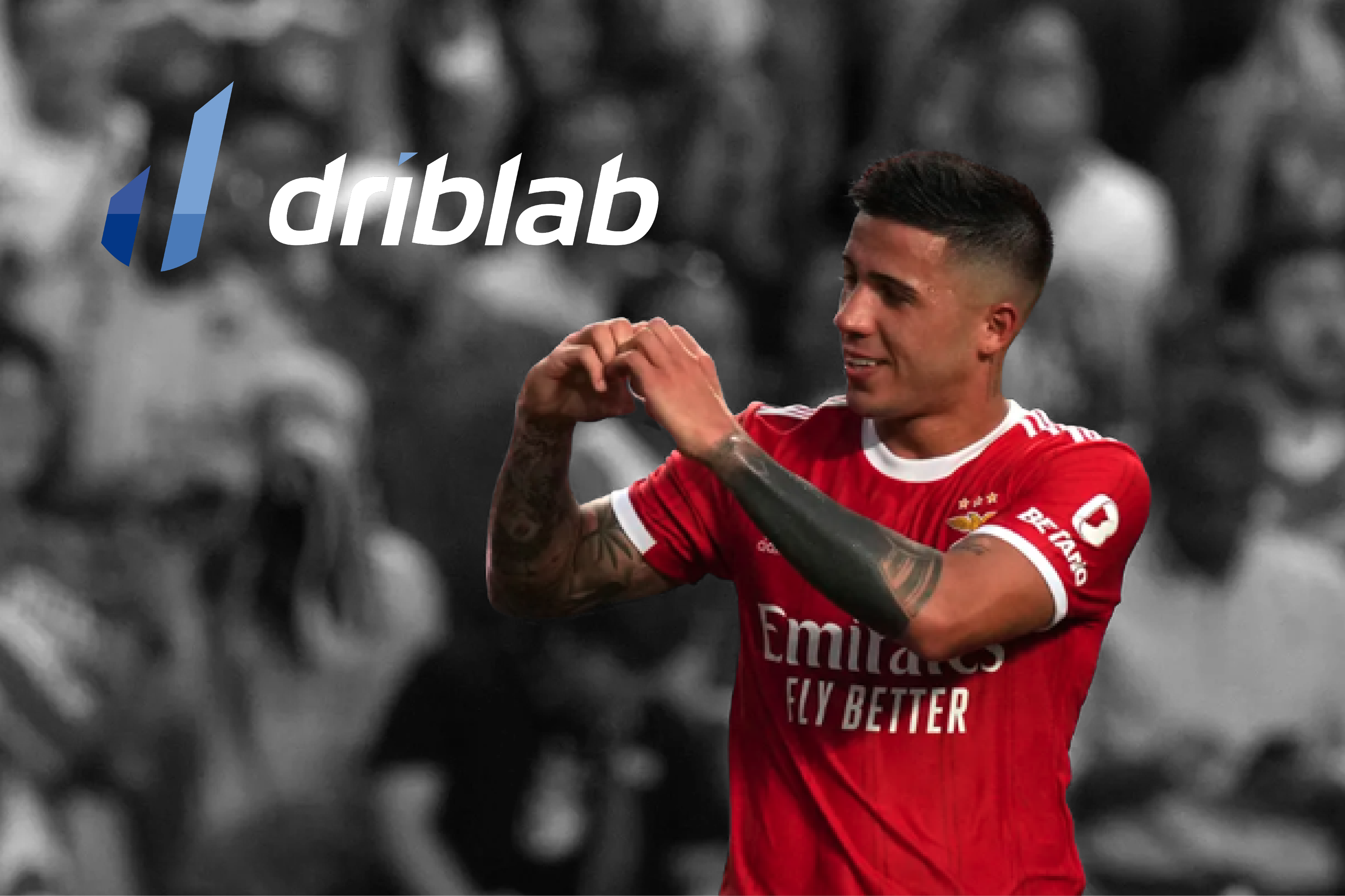 A new edition of the Champions League begins this week, and we are sure to hear from Erling Haaland, Kylian Mbappé, Vinicius Junior and Mohamed Salah. That’s why we wanted to highlight less mediatic players and endorse with data the good present and better future of all of them, except for one, without previous experience in the great European club competition.

One of the most interesting goalkeepers of the last edition of the Champions League, Diogo Costa has been offering outstanding potential in the Porto goal, especially in two increasingly important facets of the goalkeeping game: his footwork and his determination to avoid chances by catching or intercepting crosses that are close to his domain (‘Aerial Accuracy’ metric), where he is the seventh best goalkeeper in the top five leagues.

A few games were enough for the Argentinian Enzo Fernández to become one of the great revelations of European football. The Argentinian chose his destination very well in order to acclimatise, grow and have the opportunity to go to the World Cup in Qatar, taking advantage of his great level at River Plate. Enzo is already the midfielder who completes the most long balls per game in the top five leagues (almost 10 per 90 minutes) and at the same time he is one of the midfielder who shoots more shots at goal.

Replacing Lorenzo Insigne is no easy task, but Kvicha Kvaratskhelia is doing it, and in a different way. The Georgian became known for his dribbling skills at Rubin Kazan, but at Napoli he is excelling with his dribbling, space play and finishing frequency: second best winger in the big five leagues in touches in the box, third in shots and fourth in expected goals per 90′, he already has four Serie A goals. Very decisive and decisive in many of Napoli’s attacking moves.

One of the great talents of Icelandic football, Isak Bergmann Johanesson (2003) is a midfielder who can play on the wing with great ball control, extraordinary driving with his left foot and good resources to unbalance on the edge of the box. After the departure of William Boving to Sturm Graz, Johanesson is one of Copenhagen’s main attractions. It will be difficult for him to stand out, but he will surely leave details of his great quality. He has already been sought after by top clubs and is a full international with the Icelandic national team.

The latest great striker to emerge from Red Bull Salzburg’s youth academy, Slovenia’s Benjamin Sesko is set to be one of the biggest names in the upcoming market. The 19-year-old, who has yet to improve his finishing, possesses world-class physical and technical skills, with a powerful drive and stride to do a lot of damage on the counter-attack. He will soon be ready to join one of the best clubs in Europe.

An immediate and total impact on Bruges’ play, Ferran Jutglà already leads a multitude of attacking statistics in the Belgian Jupiler Pro League. A striker who mixes play in the box with movement and diagonals from the wing, his quality shooting has seen him score five goals in seven games. Great opportunities to showcase that repertoire against Porto, Atletico Madrid and Bayer Leverkusen.

Two goals and five assists for Randal Kolo-Muani on his arrival in the Bundesliga following his million-dollar move from Nantes. In the French striker, the Europa League winners will have the second-highest average of touches inside the box per 90 minutes, more than three touches more than he averaged in the previous four years in French football. He is a fast striker, with dribbling and very good movement. Europe is beginning to know what he can offer in the future.