ON/OFF, the Manchester City duo that is making a difference 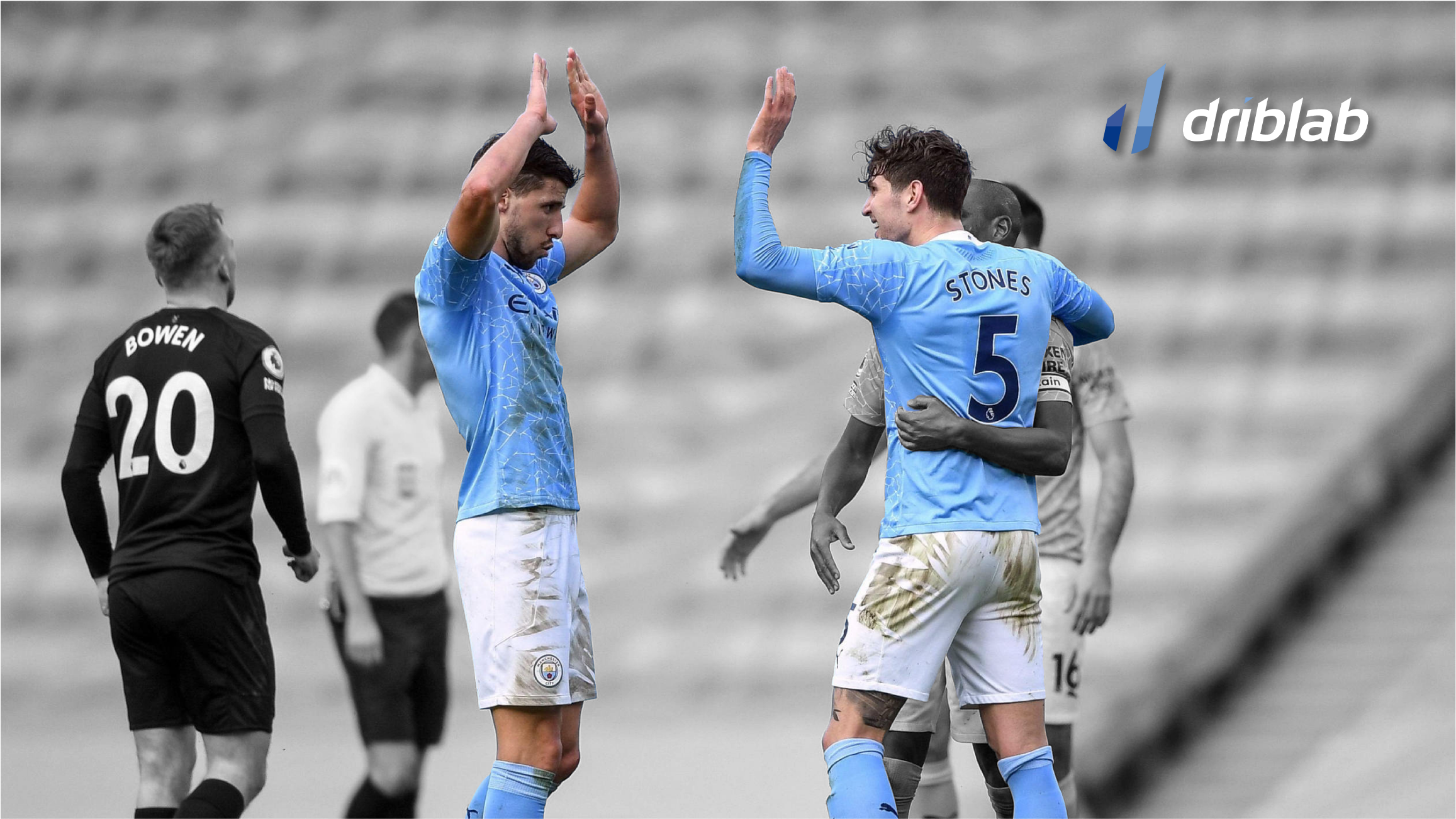 In truly demanding competitions, victories cannot be achieved without collective work. The good performance of each player in facets such as association or individual disputes, added to others such as positioning or reading situations, ends up generating a very important added value. If there is also a duo of players who work particularly well, everything becomes easier. At Driblab we have a tool called ON/OFF that measures the impact that one or more players have on a team’s performance. One of its main uses is to evaluate the importance of certain duos, assessing what numbers the collective has when two specific players coincide on the field and when they do not. In this way, a more accurate assessment of what the ‘chemistry’ factor means is obtained. To illustrate what we are saying we have taken an example of the current Premier League leaders.

Although there was great criticism in England of Manchester City’s outlay to sign Rúben Dias, the reality is that the Benfica-trained center-back is justifying the heavy bet that was made on him. Delving into how the Portuguese has adapted to this new context, we discover the ON/OFF ratifies that his understanding with John Stones is scoring points for Guardiola’s side. In the Premier League, they have played 1,309 minutes together. With both of them on the pitch, the team concedes very few dangerous situations to the opponent (0.55 xG), some less than when they do not coincide (0.60). But the most noticeable difference is in how those dangerous situations are being dealt with. The skills that Dias and Stones are showing to deny, disturb the finisher or directly block his shot are showing up in the figures: when they are on the pitch together, only 0.21 goals are conceded (excl. penalties), 0.34 less than expected; while when Guardiola does not put them on the pitch together, the team concedes an average of 0.99 goals (excl. penalties), 0.39 more than expected.

At the bottom of this infographic we can see how those differences are in offensive parameters, which are also favorable to the pair. In a team like City, defenders are essential in initiating play, and the data proves that Stones and Dias are offering improvements in the ball delivery. When the Englishman and the Portuguese are on the field together, the team is able to generate more expected goals (1.77 per game) and also convert more (2.34).

All these factors are translating into victories for the Citizens, who have now won 15 consecutive Premier League matches, with a cumulative unbeaten run of 19 matches in the championship. Reinforcing what we mentioned before -the ability of Dias and Stones to minimize the efficiency of the rival strikers-, in the graph below we can see how the difference between the xGs City concedes to their opponents and the penalty-free goals they end up conceding has been becoming more positive.

The complicity with which these defenders work has become one of the keys to Guardiola’s City’s unbeaten run of more than three months. All the statistics reflect that since they settled in as starters on November 28 against Burnley, the team’s record in the league competition has improved exponentially, making them the main candidates for the title.

In the comparative radar we can see how the Dias/Stones duo enhances and optimizes the quality of passes in the game, achieving more than 90% effectiveness. Both are players who, as we said before, help build scoring plays, both surpassing the average performance of the five major leagues in the xG construction metric.