Benfica's season so far has been perfect. Their individual talent and collective performance has kept them unbeaten. We analyse the keys and visualise them with data. 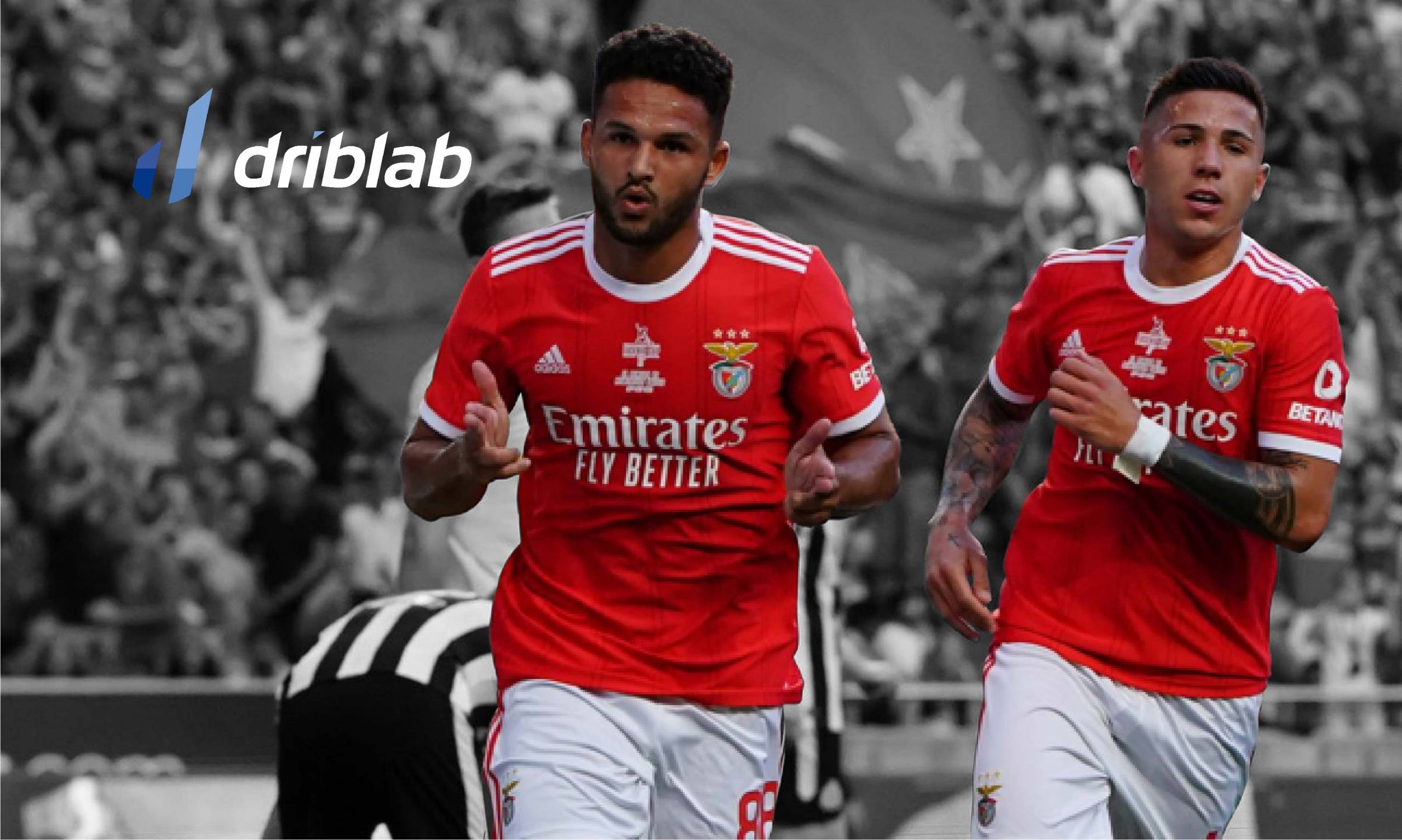 As we enter the month of January, there are only two teams in Europe’s top leagues that have yet to taste defeat. One is Paris Saint-Germain, who have not lost since 20 March against Monaco. The second is none other than the leaders of Portuguese football, Roger Schmidt’s Benfica. The purpose of this text is to try to visualise with data all the keys that have led the Lisbon giants to lead the Primeira Liga and win their Champions League group, precisely against the French champions, leaving Juventus out, and comparing their performance with the big European clubs.

Considering that their dominance is undisputed in all metrics and game situations within their own league, it is interesting to compare their performance with the big teams that are candidates to win the European Cup. Since Schmidt’s arrival, Benfica is a perfectly balanced team despite attacking incessantly. All their attacking metrics are those of a team with a very high tempo of play and with top level individuals to create chances once they get close to the box.

Compared to the other 15 teams qualified for the Champions League, with each club performing in its own league, with the correspondingly important nuance of the difference in level between leagues, Benfica conveys a number of traits as a team very close to that of extremely attacking teams, such as Bayern Munich.

Among the seven main European leagues, no team generates more expected goals per 90 minutes than Benfica, which also concedes the fewest goals per game, being the second team with the second highest number of recoveries in the opposition half and in the last 40 metres of the pitch. Among the most significant statistics is that of ball progression in the final third, where they are very close to the most ball-dominant team in Europe, Manchester City. And that, among other culprits, has one main one.

In the following graph we expose those midfielders who play alongside the defensive midfielders (MCs) by cross-referencing two specific metrics, passes sent into the box and passes sent into the final third. This is the impact of a player like Enzo Fernandez, a midfielder who generates and plays like a number ’10’ when he has the ball, which adds extra creativity and pace to Benfica’s possessions, which is why possession bogs down much less in the final 30 metres of the pitch and they can make it progress almost as much as Manchester City. Their full-backs, Grimaldo and Bah, also play a key role in this aspect of the game.

After his time in the Bundesliga and Eredivisie, we wanted to compare the performance of this Benfica team with the PSV Eindhoven and Bayer Leverkusen teams that the German coach coach coached, to see how his ideas influence his teams. Given the talent at his disposal and Benfica’s position of strength and dominance alongside Porto in Portugal, Benfica’s attacking output has been higher than Leverkusen’s and very similar to that of a PSV side also with dominant club status in the Netherlands.