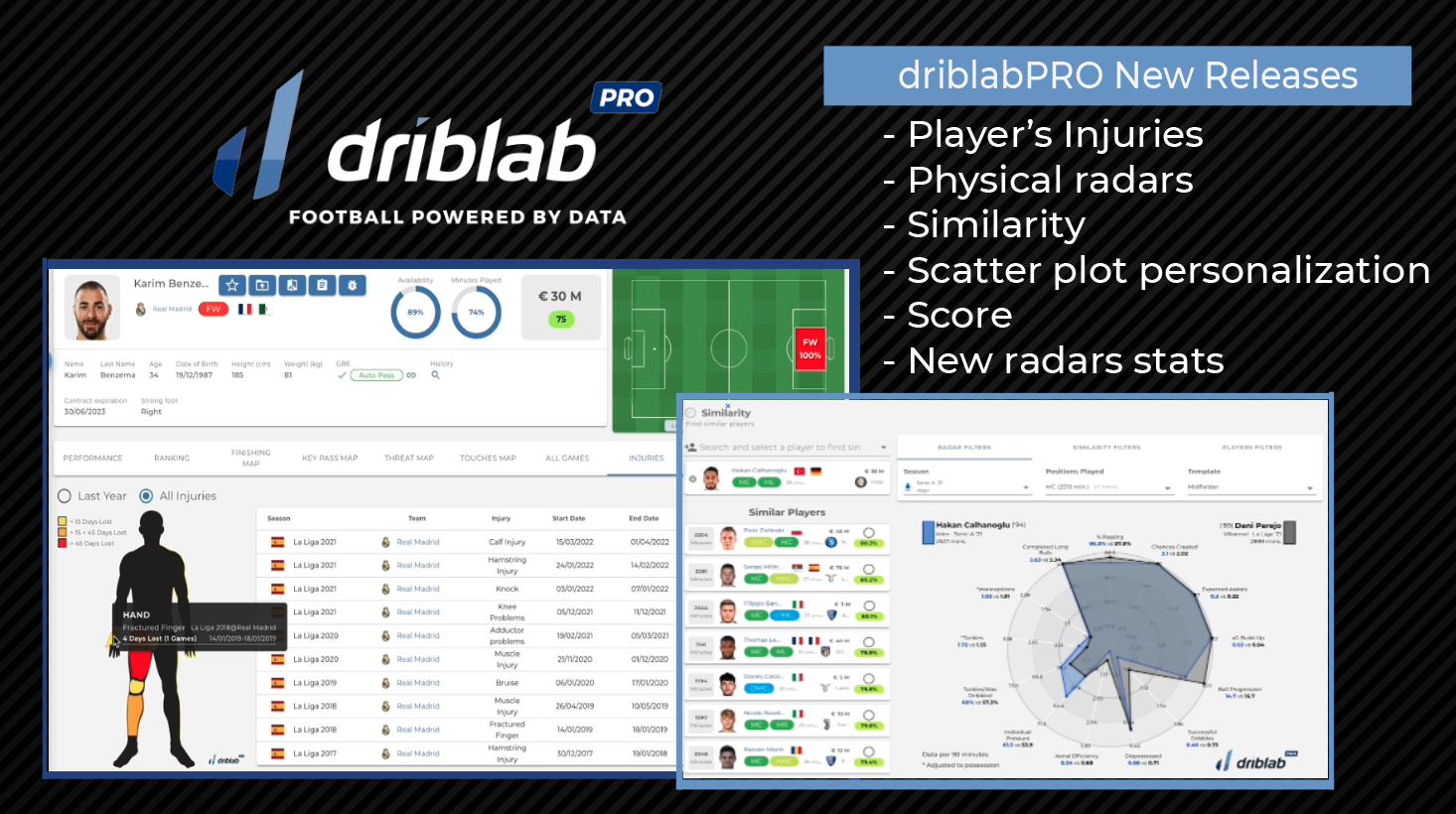 These are the improvements added to driblabPRO during the months of June, July and August.

In each player’s page, we have added a new tab, ‘Injuries’, with information about the player’s injuries. It includes a list containing information about the season, type of injury, and dates and number of games lost; and a graphic to complement this information visually, grouping the injuries by part of the body and showing the number of days the player has lost because of injuries of each body part. The graph has a filter to select whether to show the injuries suffered during the last year or every injury recorded in Driblab’s database.

Thanks to the recent integration agreement signed with SkillCorner, those clients and users working both with Driblab and SkillCorner now have the possibility to create radars with the physical stats collected by the leading provider of broadcast tracking data to enhance analysis and scouting.

To facilitate the task of player hunting, we have developed a new tool under the ‘Players’ page: ‘Similarity’. It allows users to search for a player and it will look for players in the same position with comparable stats, showing a radar with the principal stats and also to which percentage both players are alike.

Carrying on with our goal of easing our user experience, we have added the possibility of personalizing the axes in our scatterplots, giving room for unique comparisons within a single scatter plot.

In order to measure the performance of a player more directly, we have our own Score or Performance Index, with which we can evaluate players automatically and objectively, by considering their actions in a match and/or season. In this way, we assign a number between 0 and 100 as a sample of the player’s performance, as well as chromatic (green, orange, red) to have a first impact of their level and performance. Our clients can customise their Score to give more value to events and metrics that suit their needs.

Our radar, the standard visualisation for measuring performance, consists of eleven metrics selected by position, but that’s just the beginning. As we have told you in the past, this radar is completely flexible and allows you to add or change more than 170 metrics, to which we have created and added the following:

*Remember, you can create a new radar template in Settings > Templates > Radar Template