How significant are penalties in European football?

Taking data from the 2019/20 and 2020/21 seasons, we analyze the importance of this type of shooting situation, which means more than 10% of the total number of goals scored. 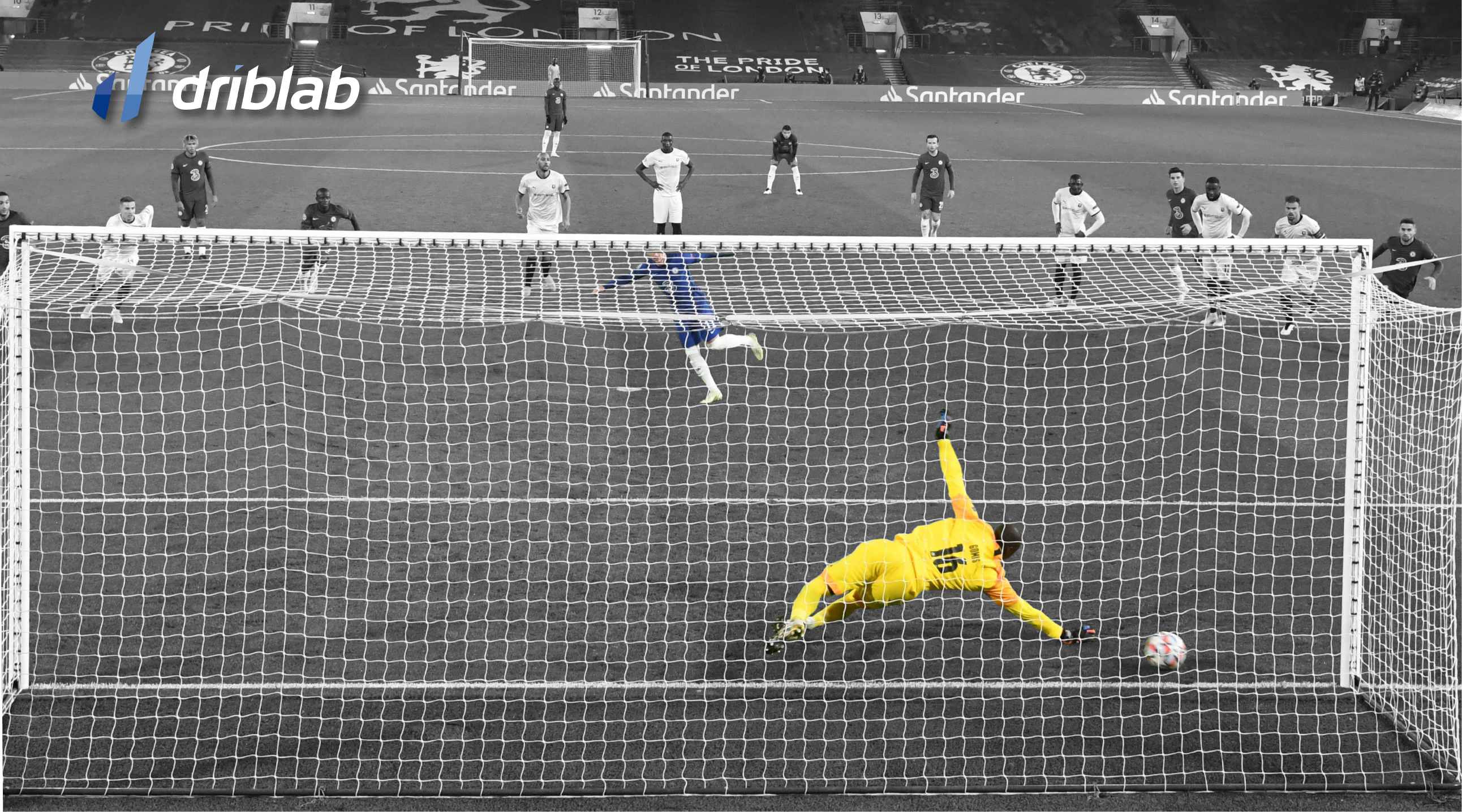 Every football fan knows that converting a shot depends largely on the situation in which the striker finds himself. Factors such as the distance to the goal, the angle or the part of the body with which the ball is hit. All those kinds of determinants are taken into account in the Expected Goals (xG). One of the most advantageous situations for the shooter is the penalty. Without opposition from the defenders, in a perfectly centred position and just eleven metres away from the target, only the goalkeeper can avoid the score from changing. Taking into account both 2019/20 season and the beginning of 2020/21 in Europe’s top five leagues, 10.41% of the goals were scored from penalties. This is a significant percentage and that is why at Driblab we have decided to study the volume of shots, the effectiveness, the different trends in each tournament and other factors of interest.

Firstly it must be said that in these two seasons 770 penalties have been reported in top five leagues, which means an average of 0.36 penalties per game. 622 of those penalties were scored, while 148 were missed. Therefore, the average effectiveness of the shooters was 80.78%. However, beyond these figures that may be a little cold at first sight, it may be interesting to go deeper into the differences that existed between the different championships. For example, Bundesliga referees have indicated only 0.28 penalties per game (103), while Serie A referees have indicated more than 0.47 (212). These are data that suggest many questions. Is there a difference in criteria? Do some use VAR more frequently than others? Do the Serie A attackers generate more situations of imbalance?

The table above shows the percentage of penalty-goals scored in each league out of the total number of goals scored. As we can see, there are considerable differences between the leagues. Counting last season and the first months of 2020/21, more than 13.5% of the goals scored in La Liga have come in this type of shooting situation. This is a very high percentage compared to what we see in the Bundesliga or the Premier League, two tournaments that are far from 10%. It is a reality that in Spain a lot of penalties are also being indicated (almost 0.41 per game). But what about effectiveness? In our last post we mentioned Sergio Ramos’ incredible streak -25 penalties scored in a row-.

The Premier League is one of the tournaments with the lowest percentage in this respect. Only 79.7% of these shots have been converted by the shooters. The success rate is much higher in Germany, where 84.5% of the penalties have ended in a goal, with a spectacular percentage this season: only 2 penalties have been missed out of 30 that have been attempted (93.3% effectiveness). The Serie A maintains a similar percentage to that of 2019/20 and leaves an average of 81.6%. Meanwhile, the Ligue 1 and La Liga show changes in this ratio from a season to the next one. In the French tournament there has been an improvement in these first months of 2020/21, but the percentage is quite poor (76.7%) due to the lack of success of last season. And in La Liga the opposite is happening: this year 10 of the 40 shots attempted in this situation have been missed, but the success was high last year. For that reason the ratio is above 84%.