The logical evolution of Eder Militao

Eder Militao is a good example of how players need to adapt to different styles of play. We review how the Brazilian has been evolving and why his performance this season is so different. 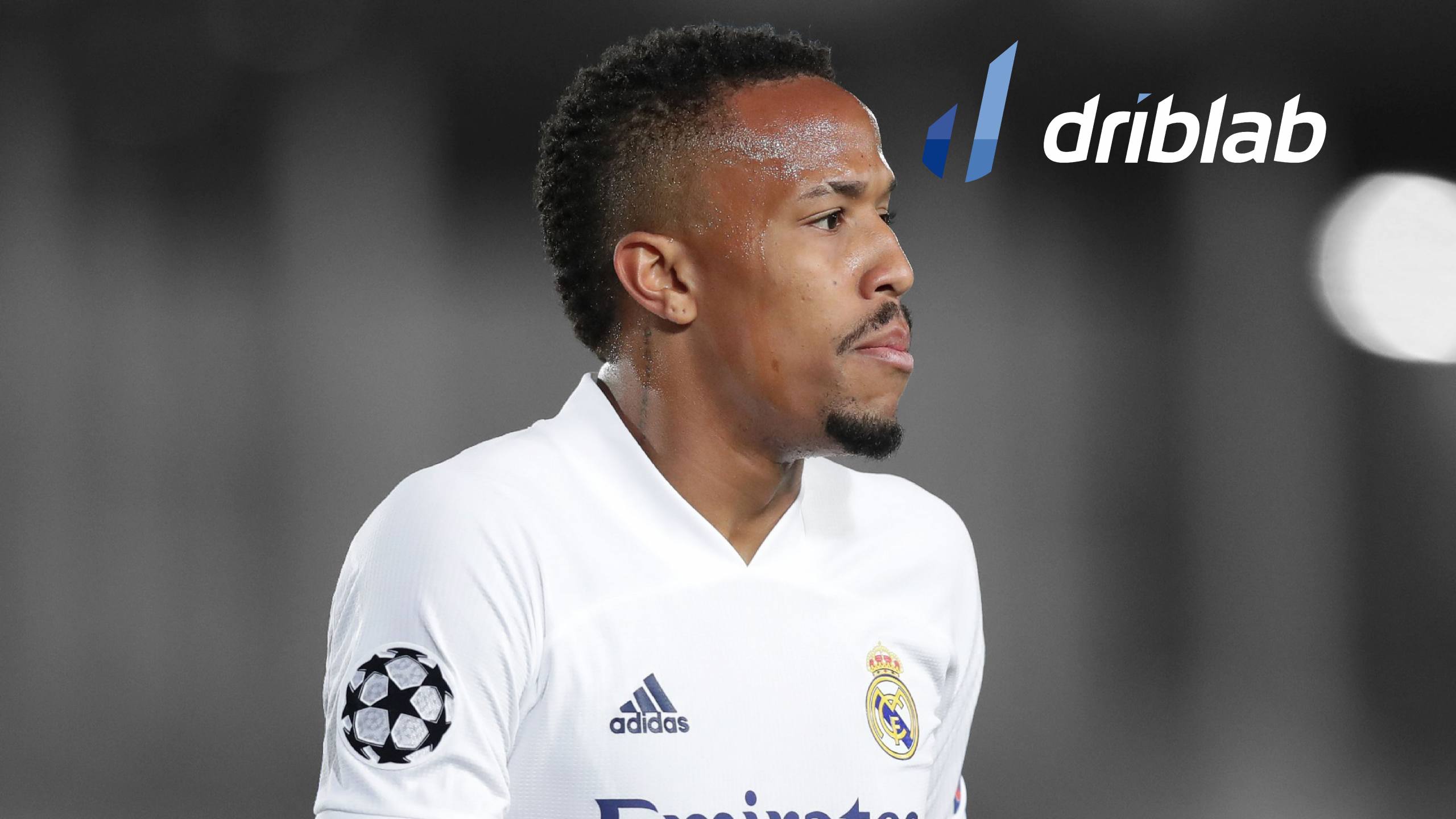 Eder Militao was surely destined to succeed at a big European club. His physical and defensive characteristics shown at Sao Paulo, first as a center back and then as a right back, and later at Porto, where he proved to be a dominant central defender in Portugal, showed that the Brazilian would soon make the leap to a big league. Perhaps the player himself did not expect to arrive at the champion of 13 European Cups, and that is why he had to wait for his moment with Varane and Ramos as leaders of the backline.

We must understand that a data platform generates a way to analyze the performance but then the human vision completes the reading of it: the player’s performance must be interpreted based on its context. We can therefore talk about looking at a radar or looking at a radar. Different concepts that are at the same time consecutive. First the sight is followed by the look. Let’s explain it with the case of Eder Militao.

By his nature as a player, Eder Militao stood out in Brazil for his physical exuberance and his prominence as a defender, going to many disputes, both forward and to the sides. His most used defensive concept, the one that came most naturally to him because of his power, accentuated in his performance as a winger (Brasileirao 2018, Sao Paulo), was the ‘tackle’, making a difference by physicality and talent to put his foot in, recovering the position thanks to his explosiveness in wide spaces and also using his jumping ability to win aerial duels. The potential was there but football in Brazil is based more on individual disputes and the defense and coverage of very large spaces through speed and momentum, so it remained to see if European football, more organized, could condition him.

While in Portugal his performance adapted quickly to a big club, the next step at Real Madrid was for Militao a stage split in two. In the first stage he had few minutes and confusion within the team and in the second stage a series of consecutive matches awakened his potential and he connected all the pieces, as reflected on the radar of his 1712 minutes in 2020/21, being one of the great news of the team. It is now, settled as a starter and with a new coach, where it is time to contextualize the metrics.

While all the attention is focused on David Alaba, Carlo Ancelotti’s team is having some problems adapting defensively to what the coach is asking and what the players were doing. We have to look at the level but also the form to know why Militao’s radar is changing in these first few games. With the ball, Militao is giving and hitting much less long balls, probably because Ancelotti gives much more value to the short pass and because Alaba absorbs much of that responsibility.

The second and more important is that his defensive data has gone down (% of aerial duels, tackles, interceptions and clearances) and that, except in aerial duels, which will surely improve as the games go by, has more to do with Carlo Ancelotti’s defensive style. Although he was coached by Carletto, Zinedine Zidane was characterized by giving importance to pressing and defending forward. Meanwhile, Ancelotti prefers a greater calmness in individual duels, educating his defenders to hold position and not go for the steal and be eliminated from the plays. In the absence of adjusting his pressing after loss, Militao’s performance may be just as good but on the radar, as well as being seen, it must be watched: Real Madrid is defending differently.