The regularity of Fabián Ruiz

Nowadays there are very few midfielders in Europe with the ability to manage the game that Fabián Ruiz is showing. Given the speed at which the Andalusian player has been improving over the last three years, we would have expected him to end up playing an important role at Napoli. What seemed unimaginable is that at […] 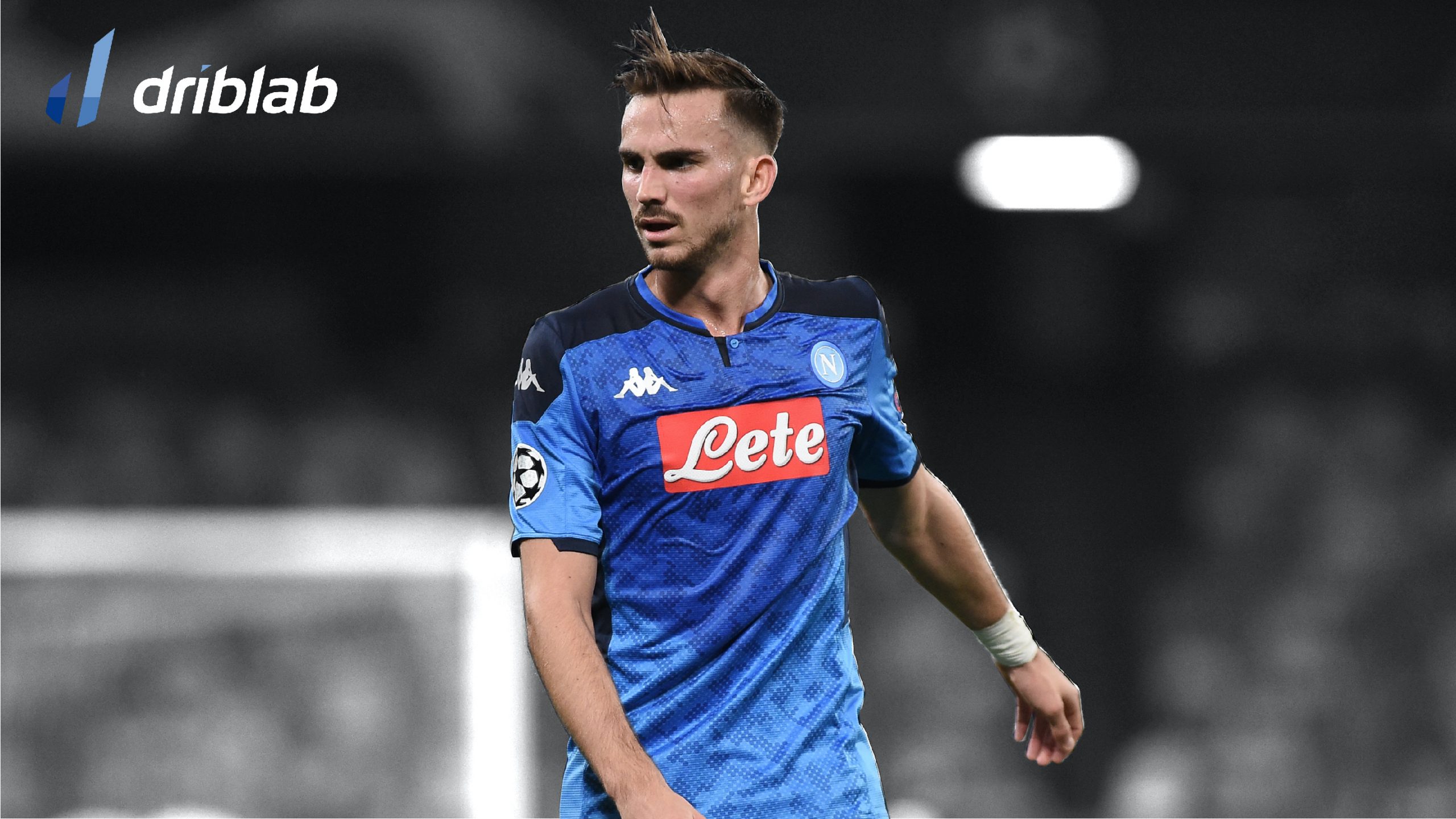 Nowadays there are very few midfielders in Europe with the ability to manage the game that Fabián Ruiz is showing. Given the speed at which the Andalusian player has been improving over the last three years, we would have expected him to end up playing an important role at Napoli. What seemed unimaginable is that at the age of 23 his performance would be so constant. He is a midfielder with a great comprehension of what happens in the pitch and in the season of his explosion he already gave many solutions to Quique Setién and Betis. He was able to help the team both in the beginning of the plays and in the opposite field. But his relevance at this moment is serious: he is top in his position in terms of ball progressions per 90 minutes or pass success.

This graph shows midfielders from the top 5 leagues who have played at least 950 minutes so far this season. As you can see, Fabián is among the twenty most efficient in the ratio of his passing success rate (89,4%) and his ball progressions. In addition, he is surrounded by players who have played a key role in their teams for many years in a row: Kroos, Verratti and Pjanic, among others.

In his first two seasons at Napoli, Fabián has been a player with a lot of initiative in the rival half. His average number of chances created per 90′ is very high (1,74) and although he is not a dribbler, he does show a certain tendency to overflow. Moreover, he is a very daring player when he arrives at the vicinity of the area, because he is very confident in his shot with the left leg. And that’s why he’s got good numbers in terms of goal contribution.

It is interesting to take a look at some of the metrics from his time at Betis, which when compared to those of now in Italy corroborate a great evolution. Although his average number of races completed by 90′ has fallen -he now tends to ensure more in the early stages of play- the Andalusian has improved in several respects. For example, the percentage of success in their long balls has increased significantly. It was already very high two seasons ago, but this year he is among the best of the continent in this aspect.

Moreover, Fabián is enjoying a greater presence in the three-quarter zone, which is why his number of passes in the final third or his average number of expected assists has also shot up. In terms of defensive interventions, however, he remains at similar levels to his last season at Betis, with discreet numbers of interceptions. Even if he has to improve a little without the ball, there is no doubt that Fabián is already one of the most regular midfielders in the top 5 leagues.