River Plate have done it again. Los Millonarios are enjoying a new generation of youngsters of enormous quality, with Julián Álvarez and Enzo Fernández leading the way. 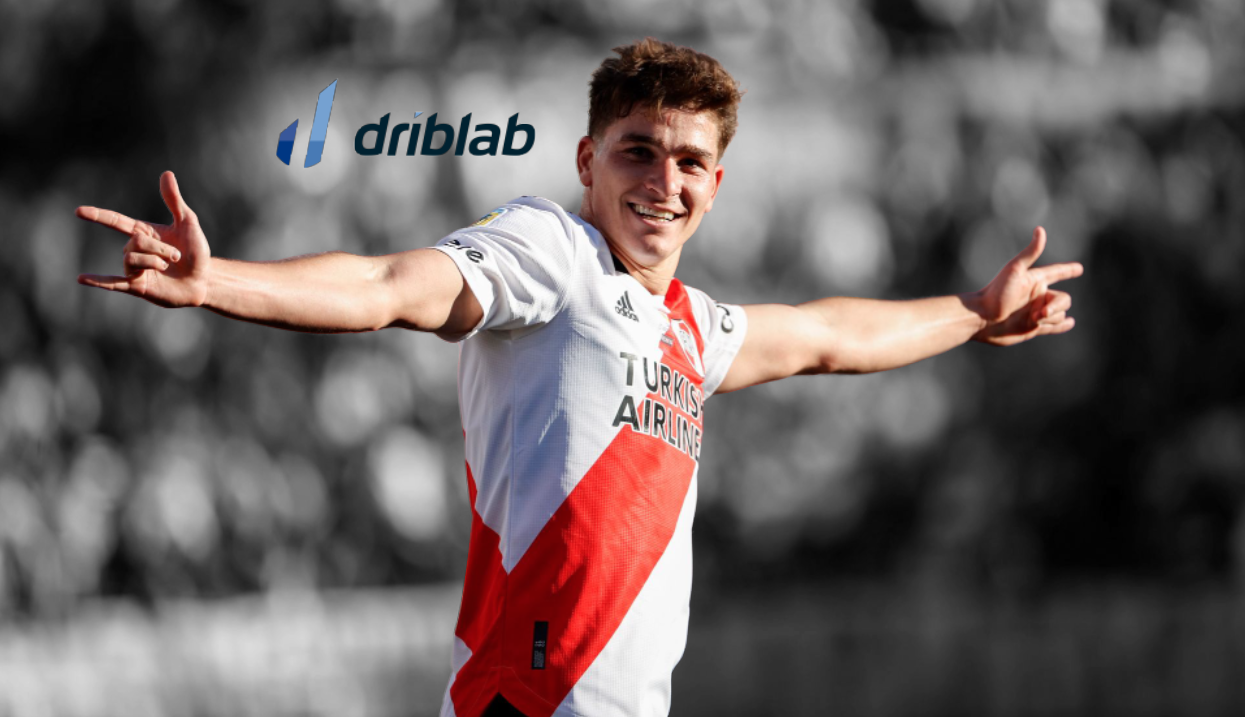 There are few teams in the world with as much capacity to generate new talent as River Plate. The list is endless and the talents are superlative, from the magical 50s, with ‘La Máquina’ to the 90s and 2000s, with Gallardo, Ortega, Crespo, Saviola, Aimar or D’Alessandro. Entire generations of great players, in almost every position, that are having in the last few months the appearance of another spectacular generation of footballers coached by ‘Muñeco’ Gallardo.

Up to 12 titles have been won by the Millonarios under Marcelo, leading the team since 2014, many years that were asking for a generational change that has been taking place with the entry of four players who have rejuvenated the squad and have set off the alerts of all the Driblab tools. We delve deeper into their performance in 2021, mainly in Primera Argentina, where Gallardo is looking for his first league title as River coach.

The big star of the generation, Julián Álvarez (2000), capped by Lionel Scaloni, has become one of South America’s most outstanding finishers, and one of the most versatile and creative when he has the goalkeeper in his sights. His ability to impact the ball and look for high areas away from the goalkeeper, along with his ability to break, control and time inside the box make him the most gifted pupil of a generation that has other great talents behind him.

Enzo Fernández (1999) played on loan at Defensa y Justicia last season, where he showed incredible quality as a midfielder. Perhaps the most gifted of the four in terms of talent on the ball, quality in organising and filtering balls to attackers, and with a range of technical resources in ball control and movement well above the average midfielder in the Argentinian championship. A truly special talent who has already become accustomed to generating chances and expected assists as a midfielder. Here, his spectacular progressive passing map in 2021 (less than 1000 minutes).

A different and complementary profile is that of Benjamin Rollheiser (2000), a player who is positioned between the lines and unbalances from the key pass and dribble. His great technical quality to control the ball can be seen in his very few turnovers, which is unusual for the risk he takes and the area in which he plays.

The final player to join this exciting attacking quartet is another midfielder, Santiago Simón (2002), who is very clever at sliding down the pitch and supporting short passes. He has excellent numbers in the construction of scoring chances (xG Build up), ranking as one of the best in his position in the entire Argentinian championship.