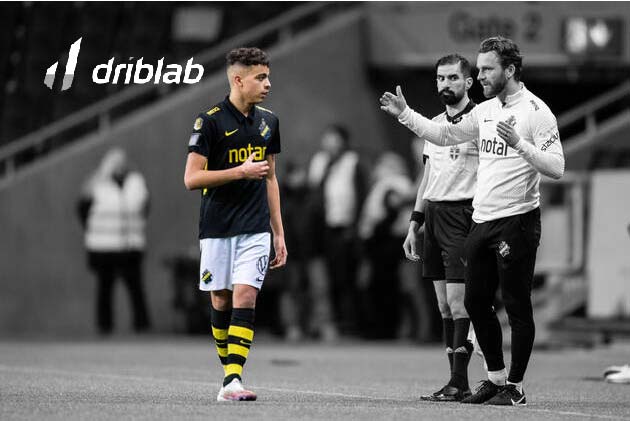 BK Häcken’s conquest of the Swedish league is one of the stories of 2022. They had never won the league title in Sweden, never won any other title, and just a year ago they were close to relegation, always in the shadow of 13-time Allsvenskan champions IFK Goteborg in their hometown. A BK Häcken side who have also added young talent to their title winning squad, and who are among the best U20 talents to be highlighted below.

Josafat ‘Joe’ Mendes was one of the most exciting young full-backs in the Allsvenskan 2022 league, a league characterised by having very attacking full-backs who attack all the time and are not so good defensively, Mendes is one of the best one-on-one tacklers in the league, as well as dribbling and taking part in moves that result in shots. He also has very good ball retention numbers in the opposition half, showing great control and a good read to secure possession.

One of the most complete full-backs in the competition is 20-year-old Norwegian, with an American passport, Kristoffer Lund. No other full-back, left or right, in the Swedish league mixed so well in defensive and offensive metrics. Very competitive player, with very clear ideas in attack to progress or create chances and a very remarkable performance in every defensive duel, both in the leg and in the aerial duel. He has provided six assists this season. Talent to watch for top European leagues.

The transitions, space and high tempo that characterises Swedish football gives rise to many players with the ability to drive and diagonals with the ball, where the most skilful players stand out, linking touches, feints and shots or cuts. One of the youngsters who excels in such moves is Sebastian Nanasi, a right winger who plays on the left with a great talent for finding shooting positions from the feint, ball control and his leg speed.

One of the best talents in the Swedish league plays for AIK Solna and has just turned 19. Yasin Ayari, a playmaker with fantastic ball control, agility between the lines and good movement and shooting towards the goal, is considered to be one of the top talents in the league. His position, somewhat out of the way in most tactical drawings, and his physique and height, far from the physical level of the best leagues, may close some doors for him in certain championships, but he will try to compensate with a great technical quality at the service of a great productivity and creation of chances in attack.

Last but not least, we have two very young players who have moved to two of the best European leagues during the season. Our data already reflected, from all our alerts and analysis tools, that both were among the best U-20 players in the competition.

Signed by Celta Vigo after producing some of the best goals of the competition, 18-year-old Williot Swedberg is one of the top talents of his generation in Sweden. In just 10 games and just over 700 minutes he scored four goals, demonstrating above-average striking quality. Our data already showed that he was among the best youngsters in different metrics, mainly in effectiveness in front of goal. He is not a particularly participative midfielder, more focused on getting into the box, something very relative considering his birth certificate, but he did make a difference thanks to his shot on goal and his constant appearances inside the box (almost 7 touches in the box per 90′).