With the help of our models, we analyze the present of one of the young promises of French soccer. 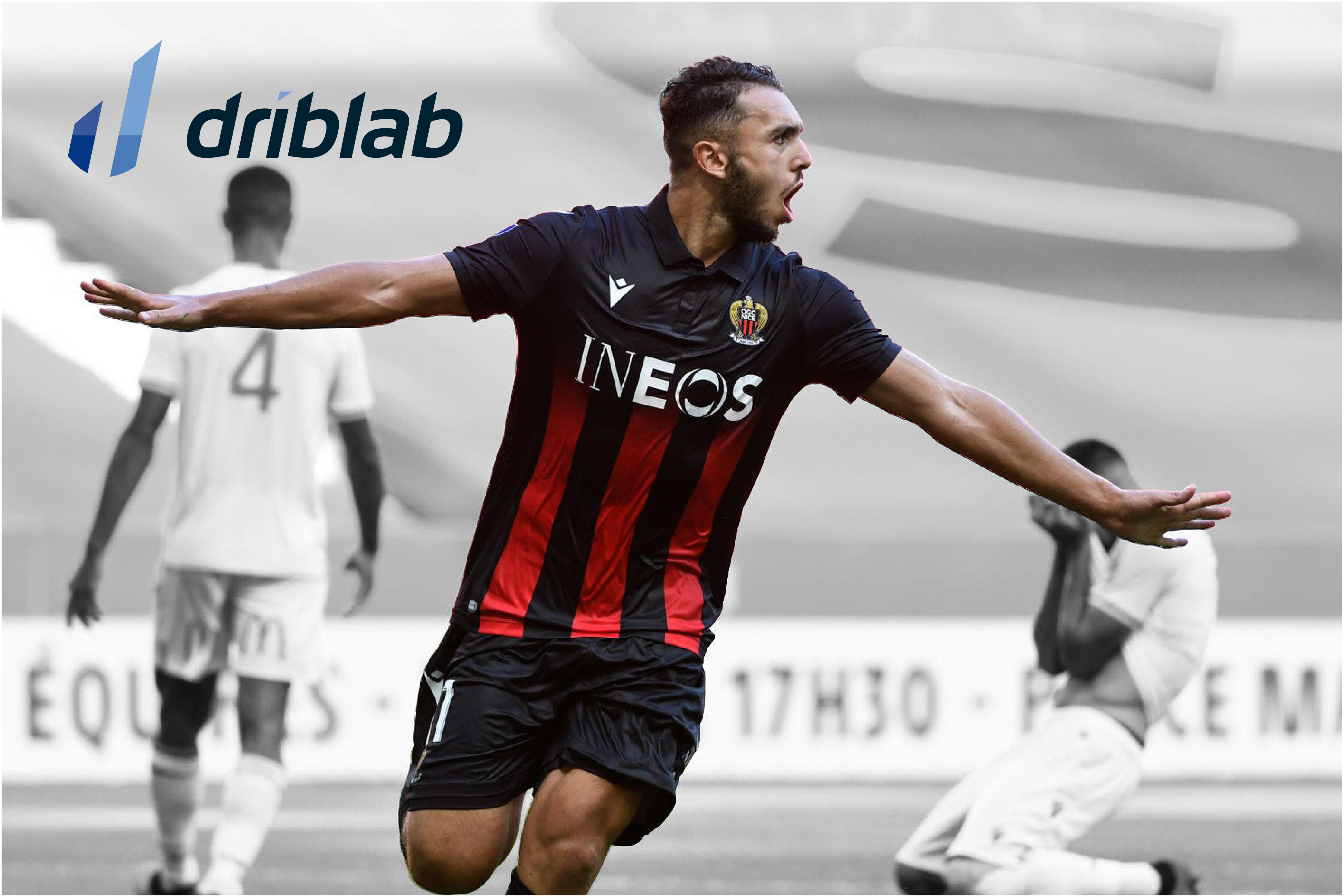 In recent years, Ligue 1 has been gaining prominence in Europe and the rest of the world. Thanks to the purchasing power of clubs like PSG, who were able to buy top players, the rest of the teams have had to adapt and bring in top players to remain competitive. So in the last decade the French league has been the focus of several international clubs to sign players with a good level such as Koundé, Diego Carlos, Koulibaly, N’Zonzi, Ferland Mendy or Martial.

In the south of France, in the city of Nice, we find one of the most talented young players of the moment, Amine Gouiri. This young Frenchman, of Algerian descent, has been playing as a left winger for OGC Nice since the middle of last year, after having played part of his youth career with Olympique Lyon.

At 21 years of age and in his first season as a professional, he has scored 13 goals (three from penalties) and three assists in 2,192 minutes played in the league and 405 in the Europa League, establishing himself as one of the regulars in the team coached by Andrea Ursea.

The promising young French player is showing more than surprising numbers, proving himself as a very skilled dribbling winger (1.56) with an average of 0.33 expected goals per 90 minutes and an above-average chance of scoring per shot (0.14 xG per shot). In addition, he is not only a goal scorer, but he also stands out for his amazing passing accuracy (79.6%) and 0.12 expected assists which makes him a player with a high participation in the team’s xG.

In the graph below we can see the performance of Gouiri compared to the rest of the Ligue 1 wingers and attackers who have played at least 500 minutes, it can be seen that the winger is among the best or average in the metrics shown, being in some cases above players of great level and world recognition such as Ben Arfa, Draxler or Neymar in shots between the posts.

In conclusion, Amine Gouiri is delighting the Nice fans in his first season as a professional, being one of the most promising players of the latest crop of young French talents. His performance has made him revalued to such an extent that, according to Transfermarkt, today he is costing around 20 million euros.