These five players should not be overlooked during the Clausura 2022 that has just started. All five are close to establishing themselves as great players, with the potential to make the leap to Europe. 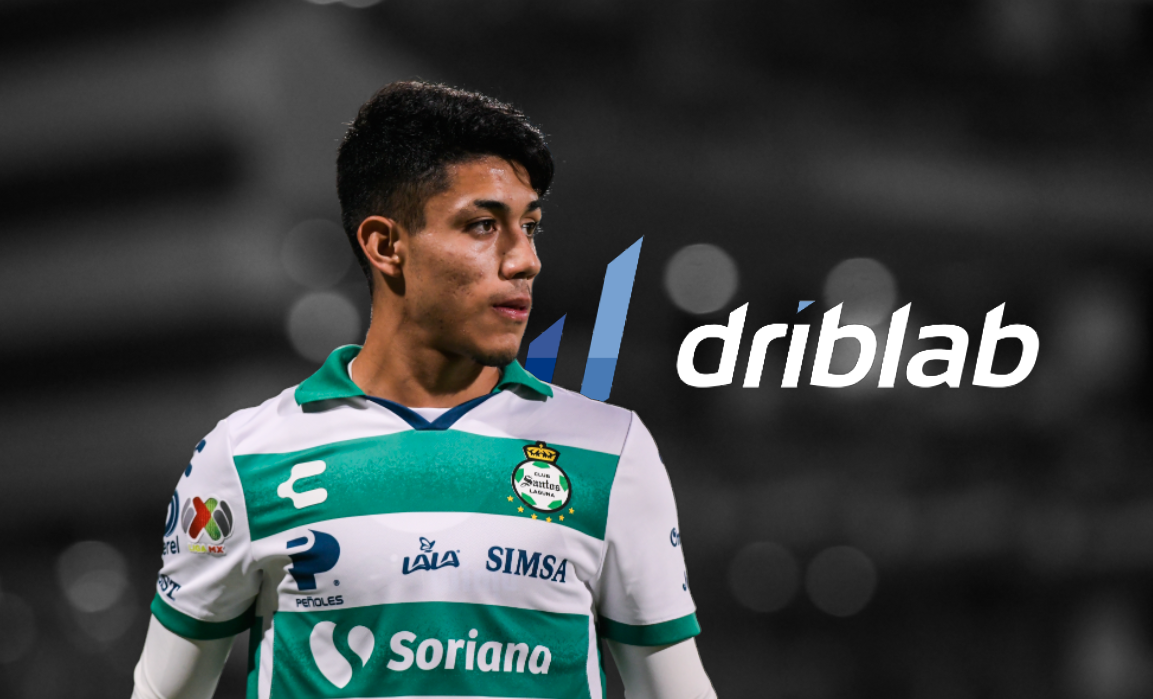 The Mexican Clausura Tournament 2022 kicked off on 6 January, with Cruz Azul and Atlas leading the standings. Always an interesting championship with a large dose of young talent, it is time to target U-21 players who have the opportunity to establish themselves in Mexican football and thus prove if they can make the leap to higher level leagues.

Among all our alerts, filters and platforms, in the Clausura 2021 and Apertura 2021 we noted U-20 players who were leaving great sensations in their first steps in Mexican professional football. By raising the minutes filter to a minimum of 500, we managed to find players who had been trusted by their coaches, and players with great conditions were already appearing, as is the case of Omar Campos, our first name on this list.

Santos Laguna’s left-back Omar Campos aroused the interest of Mexican football in a short period of time. His unusual power in driving and offensive vocation made him debut in January 2021 at the age of 18, showing very important conditions for the future of Santos and surely of the national team. Even before observing his offensive display, it will be an opportunity to see what is his floor and ceiling at defensive level, with very discreet numbers in duels, tackles and recoveries. Filtering by ‘team’ stats, he is involved in much of his team’s attacking play as a left back. Injured for at least three weeks after suffering a broken hand.

One of the most technically, physically and defensively gifted centre-backs in Mexican football. A player with an innate ability to interpret the intentions of the striker, clean with his foot, attentive to every cross or cross into the box, equally adept at defending in the box as he is as a last man in wide spaces, he is one of those players born to defend. In addition, he measures very well when to drop to the ground or wait, adding, last but not least, a great long run. Central defender for teams that take a lot of possession.

Another great centre-back who was close to signing for America and who excels in three of the most important and frequent game situations for a central defender: aerial duels, long completed passes and one-on-one defence. His last two seasons at Puebla show great consistency and a defensive quality befitting a big team. He completes 72% of the long passes he attempts, ranking in the top 10% of all Liga MX players.

Less than a month has passed since signing for Cruz Azul and Erik Lira is already starting to make his mark as a defensive midfielder. More of a specialist than a complete midfielder, he is perhaps one of the best at recovering, tackling and covering the opposition’s run on goal. His small stature allows him to cover and put his leg in with unusual speed and to recover metres when faced with a change of pace from his opponent. One of his difficulties is getting out of position too much to look for a steal.

Given his progression, Maxi Araujo, international in Uruguay’s youth teams, generates unanimity in Mexican football, being catalogued as one of the players with more present and future. He has played as a full-back and left winger, but he can also play as a winger or left midfielder if necessary. His natural position is left-back, where he stands out for his ability to dribble and lose few balls in his own half when coming out of his own half.