Brazil is one of the countries that produces the most footballers throughout the seasons. In fact, our database contains around 10,000 players born there. Every year it is common to see very young boys emerge in the Brasileirao and soon after sign for a foreign club. In July, for example, Ajax paid a lot of […] 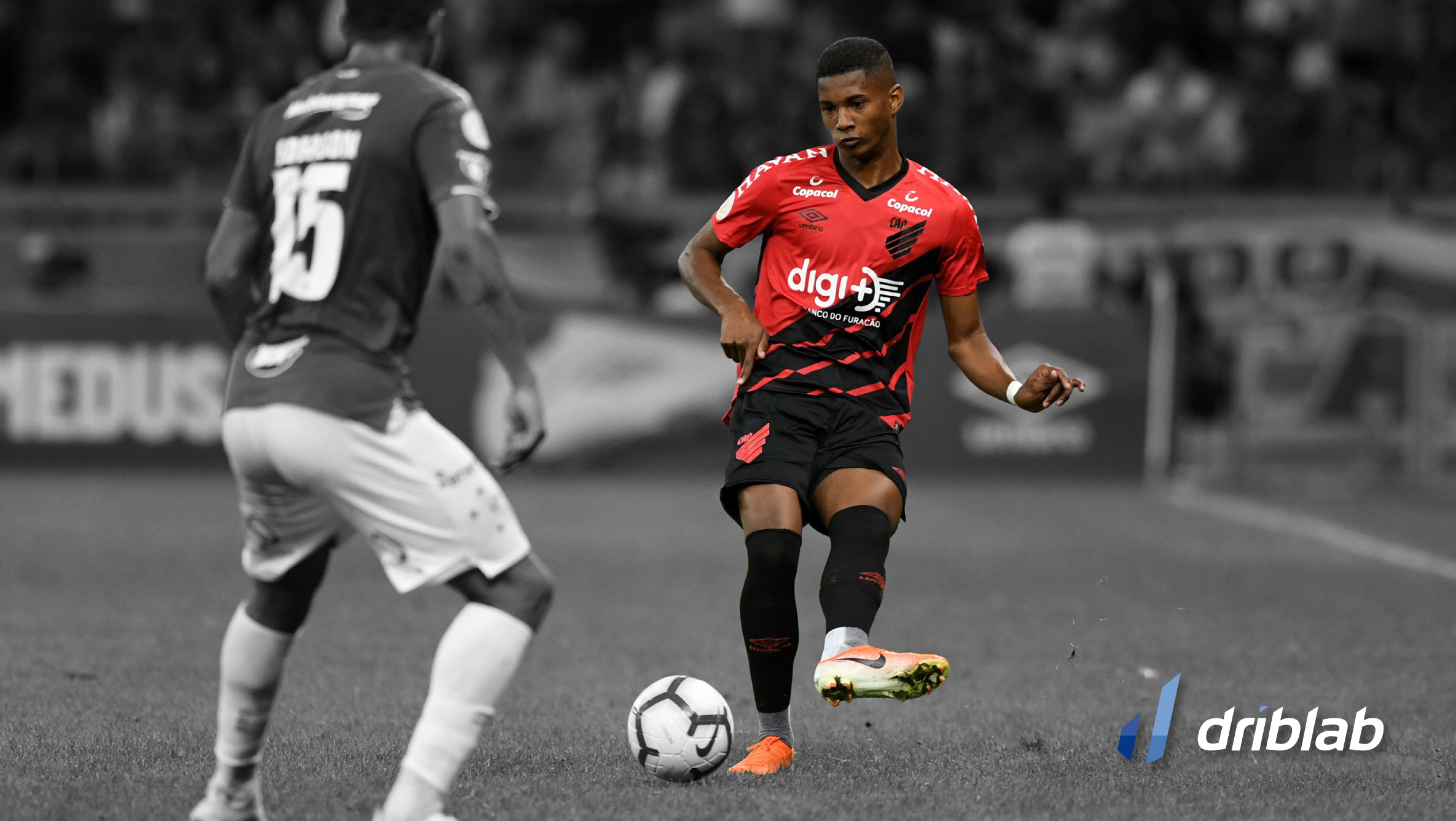 Brazil is one of the countries that produces the most footballers throughout the seasons. In fact, our database contains around 10,000 players born there. Every year it is common to see very young boys emerge in the Brasileirao and soon after sign for a foreign club. In July, for example, Ajax paid a lot of money for Antony after playing less than 3,000 official minutes at São Paulo. In this year’s edition we are also seeing boys who can have the same fate. And at Driblab we have analyzed the metrics of three of them, all born in 2000.

The level that Abner is showing at Athletico Paranaense is really striking. He already played some matches last year, but his 2020 averages are well above those he recorded before. We are talking about a left back with a lot of initiative in the offensive phase and who is being very precise when partnering, handling the ball or crossing (a 32% effectiveness rate). But he is also having a great defensive contribution, with more than 5 ball recoveries per 90 minutes and a very high success percentage in the individual duels. He is winning 66% of the aerial disputes.

Another player who is surprising everyone is Alerrandro. In January, Red Bull Bragantino paid 3 million euros to Atlético Mineiro for his transfer, a high amount considering the player’s age and that it is a move made between Brazilian teams. However, in his first 629 minutes he is performing well. Besides being very often in the final metres -he averages 5 touches in the rival area- Alerrandro is being really smart in his decision making. His shots are well chosen (0.21 xG per attempt) and his association and ball conservation numbers are very good. Last Sunday against Ceará he made one of his best performances. What is standing out most in him is his aim. He has scored 5 goals with shooting situations that accumulated 4.2 goals expected.

Thirdly, we would like to stop and talk about Yuri Cesar, a young kid who already appeared in our searches last year for his excellent metrics in the U-20 Brasileirão. Fortaleza got his loan during the pandemic and in this beginning of the tournament we are finding out his potential. In his appearances from the bench he is having a great offensive impact: creating imbalances through dribbling, finding open spaces or finishing the play by himself.

The next young talents to shine may be in the Brazilian Serie B. For example, in the case of Abner he started the 2019 season in Ponte Preta and after excelling in that team he caught the attention of Athletico Paranaense. Because of that at Driblab we have selected the U-23 players who have stood out the most in the first two months played in this tournament. At EC Vitoria we have found several boys with a very interesting performance. Although the most surprising case is that of Jadsom de Oliveira (2001) at Cruzeiro. He is showing great effectiveness in passing and a good defensive contribution for such a young player.

We are Driblab, a consultancy specialized in the statistical analysis of players and teams; our work is focused on advising and minimizing risk in professional football decision-making in areas related to talent detection and footballer evaluations. Our database has more than 150,000 players from more than 140 competitions, covering information from all over the world. Here you can learn more about how we work and what we offer.