Three underrated players in the Eredivisie

After having gone through the Bundesliga, the Serie A or La Liga in this same series, it is now time to take a look at the Netherlands. Although perhaps not as challenging as Europe’s top five leagues, the Eredivisie has always been a hotbed of good players. Some of them stand out when they are very young and […] 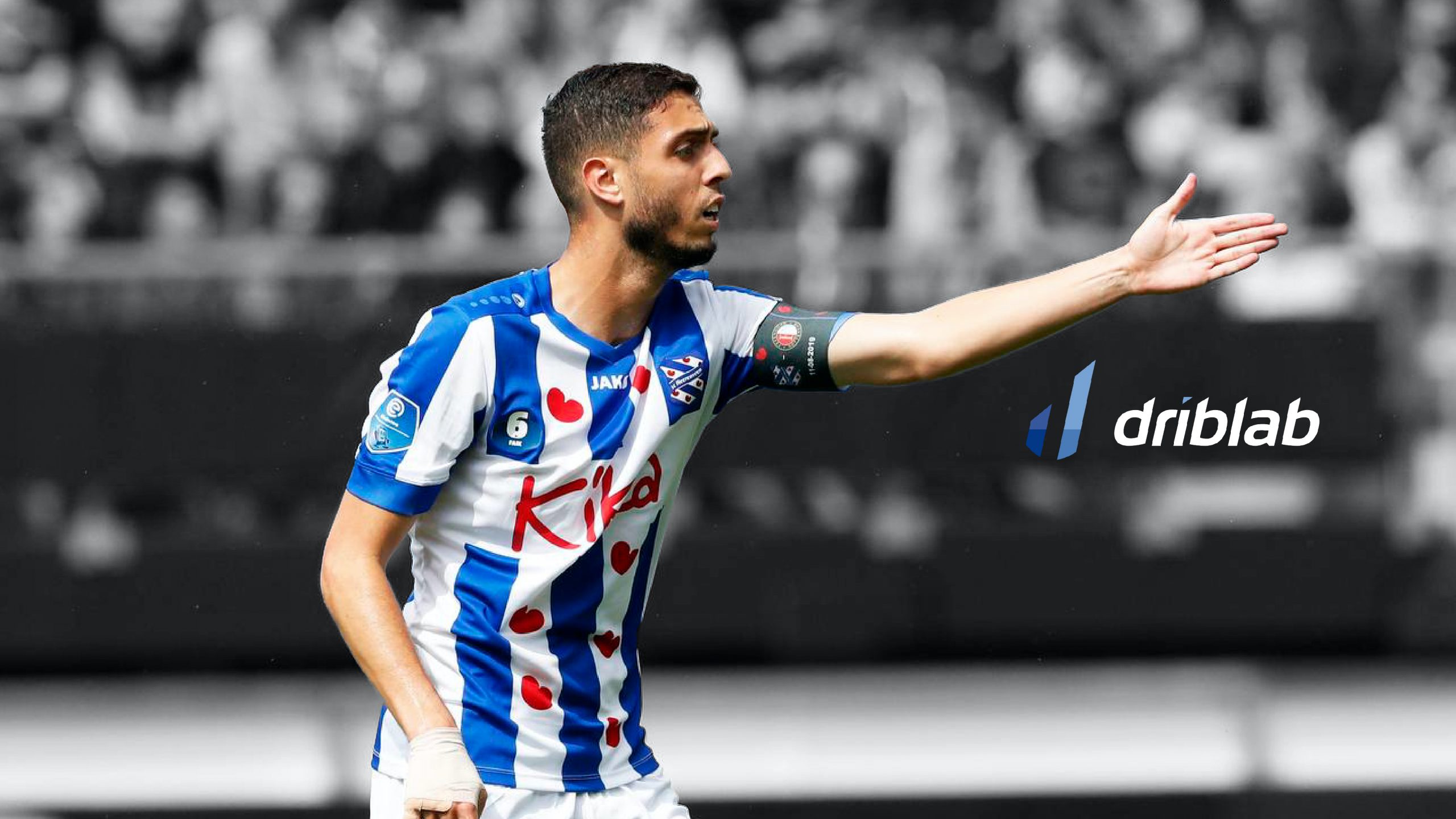 After having gone through the Bundesliga, the Serie A or La Liga in this same series, it is now time to take a look at the Netherlands. Although perhaps not as challenging as Europe’s top five leagues, the Eredivisie has always been a hotbed of good players. Some of them stand out when they are very young and others gain recognition in a slower and more progressive way. Although the tournament has long since been over, we have selected three names that are underrated according to their data.

Bryan Linssen had had good seasons at Heracles and Groningen when Vitesse bet on him in 2017. The club from Arnhem paid approximately one million euros for this aggressive winger. And looking at it in perspective, it has been one of the biggest signings made in the Eredivisie in recent years. He’s not a well-known attacker outside his country, but we only count the league tournament and his participation in the 2017/18 Europa League, Linssen has scored 45 goals in 101 games in these three seasons at the club. And he has maintained a very high level of finishing ability. This past season, he has scored 14 goals with shots equivalent to 11 xG. 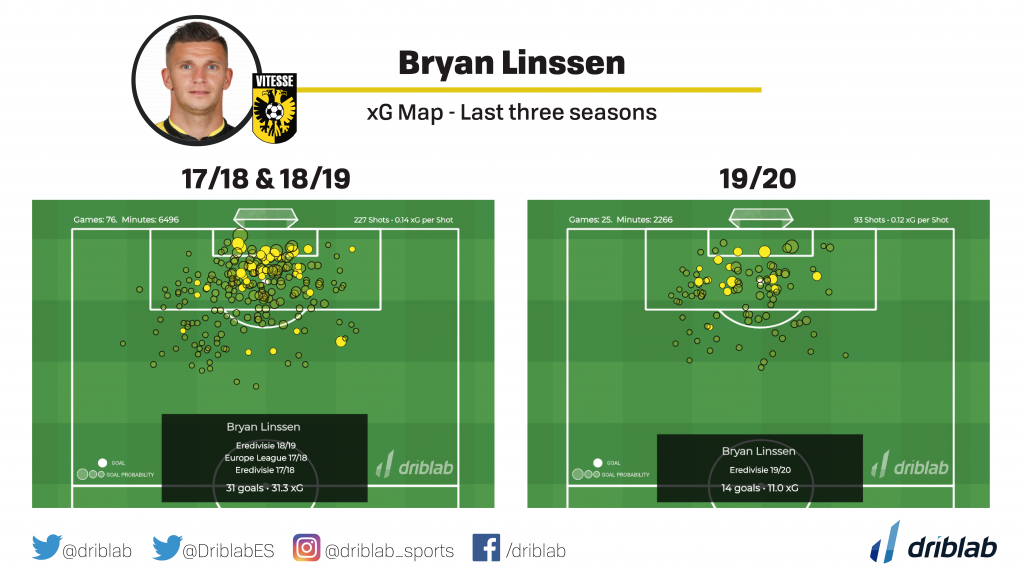 Linssen’s goalscoring figures are the product of his insistence. He’s a player who frequently reaches the shooting zone, with an average of 4.61 touches in the rival box per 90 minutes this season. And he also has a top average of shots (3,69). This is why he has been linked with other teams.

Our next name is Hicham Faik, central midfielder at Heerenveen. We’re talking about a player who has gone through different positions in midfield since his league debut in 2015 and who has finally found his ideal role as a regista. Faik has always had good ball handling skills, but in the last two seasons he has excelled especially in distribution. He’s a good passer, really good in the long-range, and above all he helps his team make progress. This graph shows some of his averages compared to all Eredivisie midfielders who played at least 500 minutes this season. 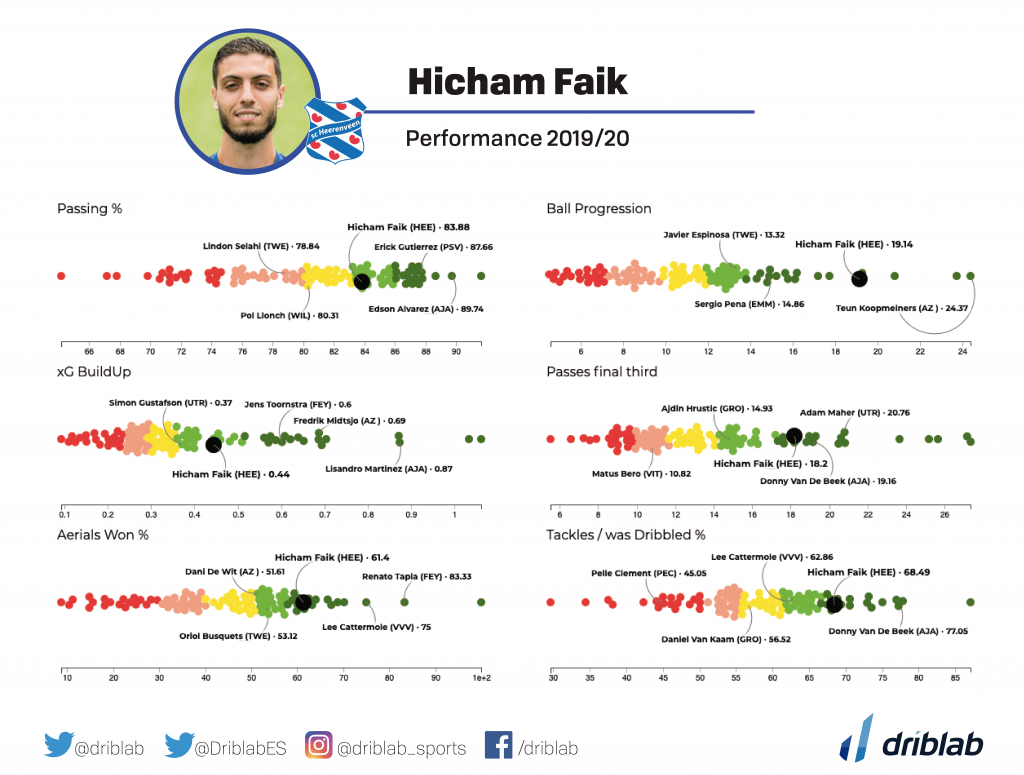 As we can see, Faik is one of the best in the league in terms of ball progression and averages 18.2 passes into the final third per 90 minutes of play. Another aspect that stands out in him is his power in individual duels. Both in the air (61%) and when he has to tackle (68%), his success rates are very high. In addition, he participates in the build up of 0.44 expected goals.

Finally, we are going to talk about a player who was already present in our XI of the season, Glenn Bijl. Although he has played in several positions since his arrival at Emmen, where he has done most damage has been as a right-back. He is a fast player who looks for the baseline often and has recorded a good number of expected assists (xA) in the last three years. This season he has generated 1.37 chances and 0.19 xA per 90 minutes. These are top averages for a full-back. In addition, Bijl has shown a lot of reliability with the ball, with 82% success in the pass and few steals suffered. And he has also shown sacrifices without it, with 4.6 recoveries per 90 minutes. 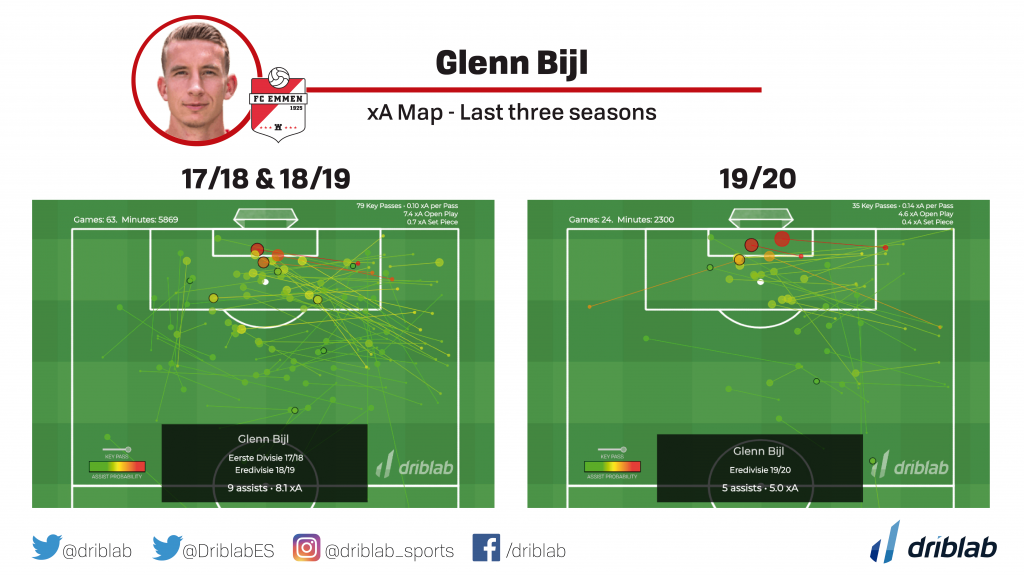