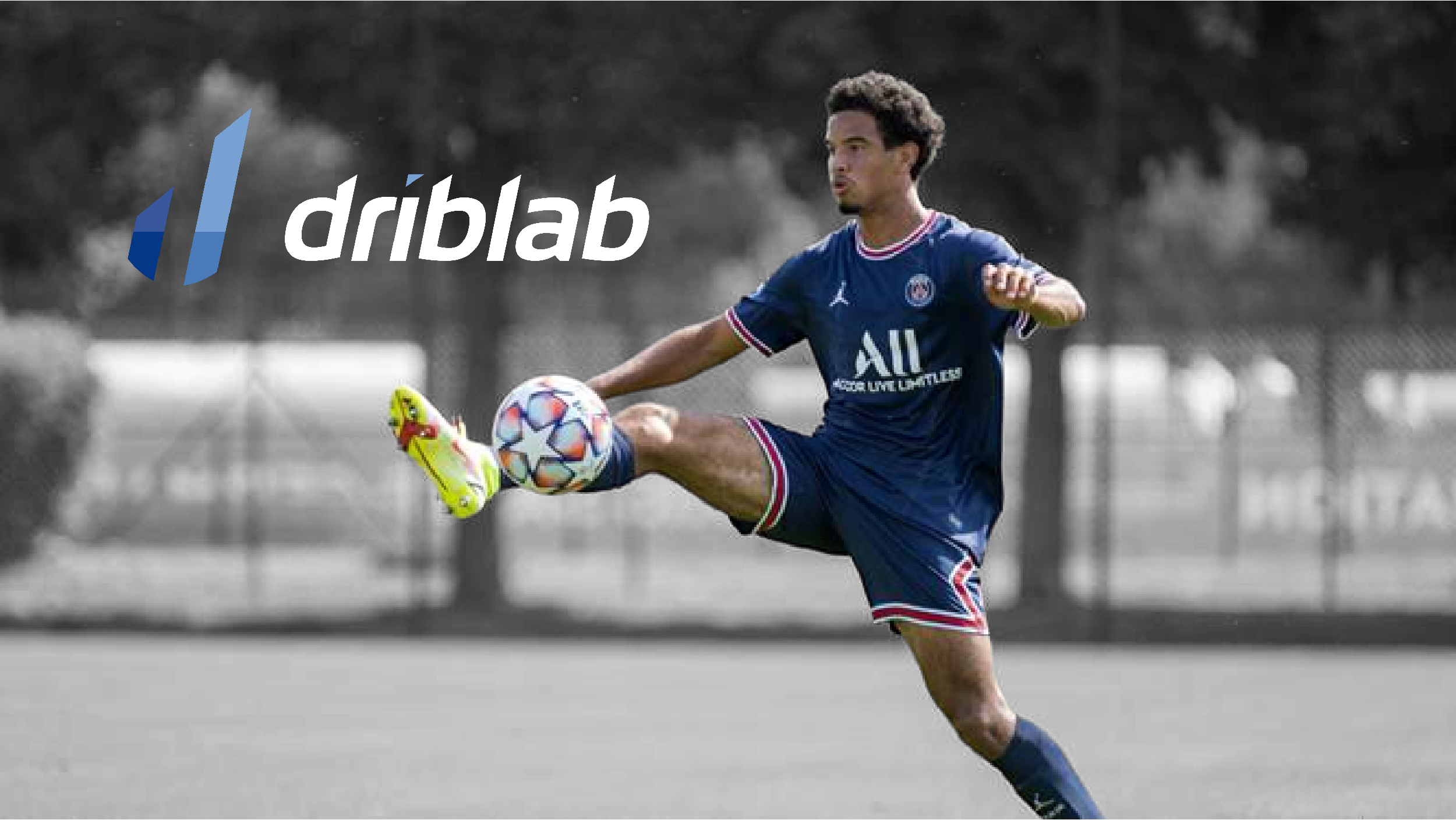 At the end of the top European leagues, a new edition of the U-17 European Championship has already begun, where the best youth talents of the continent are meeting. A competition that is also among the more than 180 competitions that Driblab covers, and of which we already have all the data concerning the first day, and that has great talents that we will analyze in detail.

Although at the age of these players, who are already professionals or are about to become so, physique is no longer as important as it is in earlier stages, it is undoubtedly still a key factor in competitions such as the U-17 European Championship, which this year is taking place in Israel.

This is precisely the case of El Chadaille Bitshiabu, a player of a determinant physique, although with some concepts to form and settle that he has not needed to dominate, on the other hand, in the UEFA Youth League with Paris Saint-Germain. A central defender of almost two meters tall, he assumes a huge share of participation with the ball, both in passing and in long balls. Likewise, even if he lacks concentration, he is very difficult to dribble when he comes into contact with the striker. Thinking ahead, he will have to improve a lot of things when the physicality is not so relevant, but he is still one of the most dominant defensive players in the championship.

One of the players who showed the most superiority among the most offensive players on the first day of the U-17 Euro was the Dutch player, owned by PSV, Isaac Babadi, who scored 10 dribbles in the Netherlands’ debut against Bulgaria. A right winger who starts on the left and maneuvers inside with absolute freedom to open up defenses with dribbling, passing between the lines or shooting. He will be one of the most important players of the tournament.

An even more important player is also French Warren Zaire Emery, one of the jewels of the Paris Saint-Germain youth team, who stands out for his combination of physical and technical skills with other more intellectual ones, able to dribbling and organize indistinctly with great ease. His precision in passing even under pressure during the last edition of the Youth League aroused the interest of the whole world. He is one of those talents capable of becoming the big difference of the tournament. A clearly superior player among the guys of his generation.

Among the favorites to win is Spain, where, in addition to the collective idea, players as special as Dani Rodriguez (6/9 dribbles vs. Turkey) or Iker Bravo stand out. The latter had up to seven shots against Turkey, with a fantastic mobility to help the midfield and create spaces with his deep runs. Belonging to Bayer Leverkusen, he has a great facility to generate play through direct participation in plays or without needing to come into contact with the ball.

Perhaps the real reference of the ‘Mannschaft’ in this tournament is Paul Wanner, a midfielder with a splendid ball handling and passing talent, but we wanted to highlight Tom Bischof, more offensive and goal scorer, and scorer of a goal against Italy in the debut. With nuances in his game reminiscent of the classic German attacking midfielder, he has already shown a great ability to score chances for Hoffenheim’s U-19 team at the age of 16. A player sought after by Germany’s big clubs.