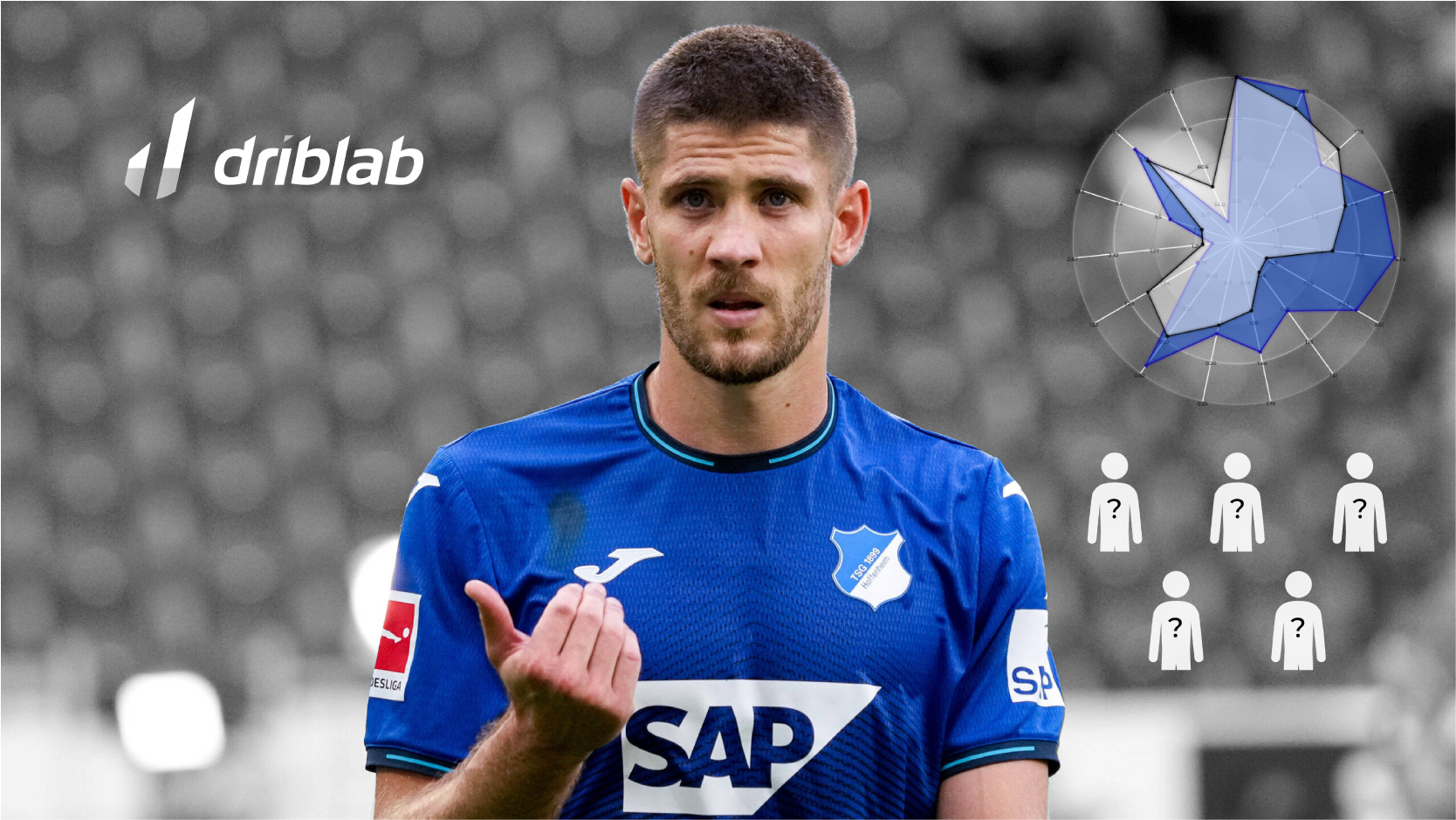 Scoring a hundred goals at a professional club is no easy feat in modern football. To achieve it in 206 appearances is extraordinary. Those figures are provided by Andrej Kramarić, the hybrid striker who tiptoed through Leicester and then found his place in Germany. His contract at Hoffenheim expires on the 30th of June. And while there are some signs that he could reach a renewal deal with the club, at Driblab we have done a search for alternative profiles through the data, as in case Kramarić does not remain at the team, finding a replacement would be a really difficult task for their scouting department.

Obviously Hoffenheim’s budget depends on different variables that we can not control here. But the sale of a young player (Baumgartner, Raum, Rutter) or the possibility of qualifying for European competition could give the club room to make an effort if Kramarić decides not to continue. In order to identify players who can perform the same functions, we have prioritized certain metrics linked to the volume of actions in the final metres and quality in execution.

Some of the parameters selected are: shots per 90 minutes, expected goals per 90 minutes, finishing rate – percentage of shots that end in a goal-, percentage of touches in the team’s opponent’s box or ball retention rate in the opponent’s half – measures the percentage of times the player intervenes with the ball in the opponent’s half without losing possession. In addition to these flexible indicators, when selecting players we have also analyzed heat maps and shooting maps, to take into account how the player’s conversion has been taking into account the probability of each attempt.

Karlan Grant · 1997 · West Bromwich Albion · A player with very similar characteristics to Kramarić and who could be an option if his team is not promoted to the Premier League. He has really good finishing ratios -he has scored 10 goals from shooting situations than the estimated 7.6 expected- and Danjuma’s impact in LaLiga has dispelled doubts about the potential of prospects breaking into the Championship.

Cyle Larin · 1995 · Besitkas · Canadian-born attacker whose contract expires in June and we have selected because of his variety of finishing resources. In his last two years at Orlando City he had already converted 20.5% of his shots, a mark he improved last season at Besitkas (24.4%). He averages a high volume of touches into the opponent’s box and can be accurate executing with his right foot, left foot or head.

Deniz Undav · 1996 · Union St. Gilloise · As a striker in St. Gilloise’s productive 3-5-2 formation, Undav is consolidating himself as a top-five leagues player project. He has hit 16 goals without penalties for the Belgian championship leaders, improving on the 13 he scored last year in the second division. He is mobile and smart on the edge of the box, although not as efficient in retaining possession. Just as we have pointed out in the case of Larin, Undav can finish with both legs and has scored also a considerable amount of headed goals over the last few seasons.

Samuel Lino · 1999 · Gil Vicente · One of the most interesting profiles if we value ‘the opportunity cost’. Lino is a young winger with metrics clearly above the average of Portugal’s attackers, registering 21% of his team’s touches in the opponent’s area and being resolute in his execution.

Tomás Chancalay · 1999 · Racing Avellaneda · Super aggressive winger in the way he plays, taking shots very often as he is very confident on his ball-kicking. Despite his shot selection being a little wild at times, in his minutes in 2021 he has managed to score 12 goals with an estimated figure of 6.8 xG. Quite good in terms of ball-handling.