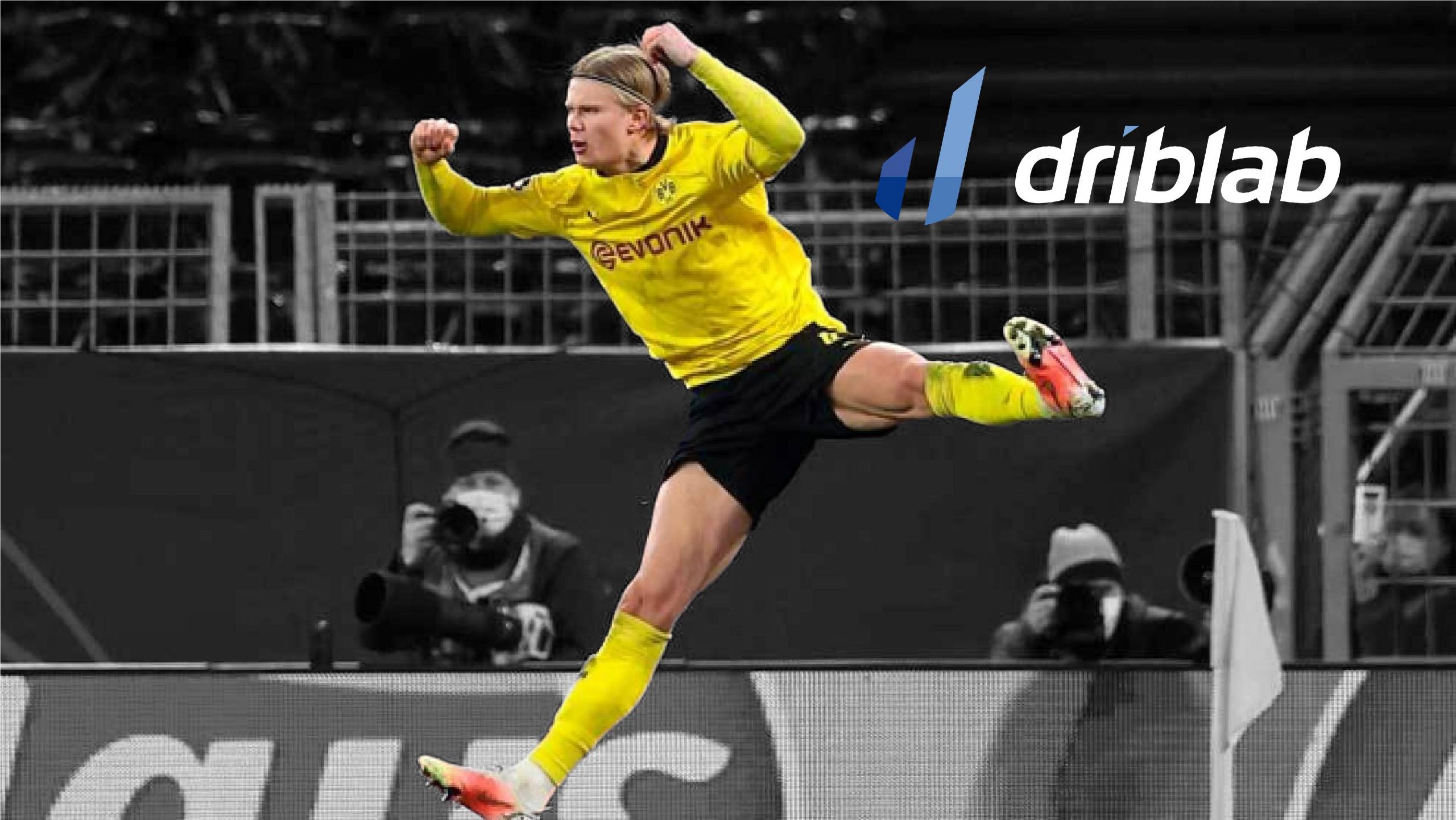 Although the summer transfer market in Europe has not yet begun, the signing of Erling Braut Haaland by Manchester City is going to be one of the most important of this and probably of next few years, given the magnitude of the player and the possibilities he can offer Pep Guardiola. The former Barcelona and Bayern coach, in many games, has not used a pure striker, instead using players like Phil Foden, Jack Grealish or Bernardo Silva in that position in more than 60% of the minutes played this season. Thus, it is interesting to think about how the Norwegian will change the style of play of the reigning English champions.

We are talking about what has probably been the best striker in the world (with Robert Lewandowski’s permission) in the last five years, and someone who we recommended to two top teams, one in the Premier League and one in La Liga, before he signed for RB Salzburg.

To analyze how he could fit, we will contextualize some game situations with statistics and graphs. We will showcase scenarios that will inevitably come into play to see whether any potential misfits exist in terms of chemistry between the player and team. In that sense, it seems easy to wonder what is the biggest contrast between Haaland’s greatest strength and an area where the current City team has struggled, but we have the answer: finishing inside the box. As the team that generates the most goal scoring situations (0.16 xG per shot is a rather high ratio), Manchester City has not had a great goal scoring efficiency, as a matter of fact, they are not among the top teams.

Looking at the team’s finishing map eliminating all shots taken from outside the box, the area where the Norwegian has the most impact, the team has scored precisely what was expected in terms of shot probability and finishing (75 goals per 75.4 xG), but those numbers would be much better with a top level center forward such as Haaland, who during his three years in Dortmund has propelled the team way above expectations by a total of +26.4 goals (71 goals per just 45.6 xG). In other words, inside the box, Haaland should definitely increase the team’s overall finishing efficiency. Without going any further, Bayern’s numbers with Lewandowski inside the box are 85 goals vs 78 xG (+7).

The second interesting statistic is the number of crosses into the box attempted and completed by Manchester City in the last six seasons during Pep Guardiola’s tenure, a game situation where Haaland can take advantage of his talent to connect and convert chances:

Although he is not great at heading the ball, his intuition and determination to find space and finish from any position and angle should allow him to find the back of the net after many of the crosses drawn by the likes of De Bruyne, Cancelo, Mahrez or Sterling, for the simple fact that his timing between the moment the ball is crossed until it finds his foot is simply second to none in the world today. An interesting similar case to keep in mind is that of Cristiano Ronaldo after his move to Juventus. In the season prior to his arrival (2017-2018), the team (also then managed by Massimiliano Allegri) ranked 14th in terms of crosses into the box attempted, with 14.76. In Ronaldo’s first season at the Vecchia Signora, the Turin team finished the season as the 2nd team with the most crossing attempts per 90 minutes, with 20.93.

However, it is essential to comment on how Manchester City manages to generate these goal situations, as they dominate the game like no other team and demand a very high level of precision in control and passing from their attacking players. From the first moment and somehow, Guardiola takes space away from his attackers to add support around the ball, hence the Spanish coach has used very precise players as center forward or false center forward, generating superiority and creating spaces with their movements, controls and passes. Once Haaland arrives, can the level of precision and quality of his organized attacks against tight opponents suffer?

For this, we have the metric of ball retention in the opponent’s half, being able to measure how much continuity that player gives to the play by controlling and successfully delivering the ball to a teammate. In this sense, Jack Grealish (85.2%), Phil Foden (85.6%) and Bernardo Silva (86.6%) have very high ball retention rates. Haaland, on the other hand, is the complete opposite, with a 75.4% ball retention rate in the opposition half in his three years at Dortmund.

And Erling Haaland has become accustomed to creating his own space with his own movements in advance, pulling the center-back out of position and driving fast transitions in a championship where they are a trademark. Guardiola’s teams play a lot of time in the opponent’s half, against closed opponents. However, within that same process and desire to control games, Manchester City starts the game from the goalkeeper and with short passes, attracting pressure and creating spaces in between and behind the defense, where Haaland could emerge as the main threat.

With the case of Romelu Lukaku at Tuchel’s Chelsea as a mirror, all these questions will be answered very soon and we will be able to analyze them in depth.