Why did Atlético de Madrid think of Rodrigo de Paul? We analyse the Argentine's value within the 2020/21 La Liga champions. 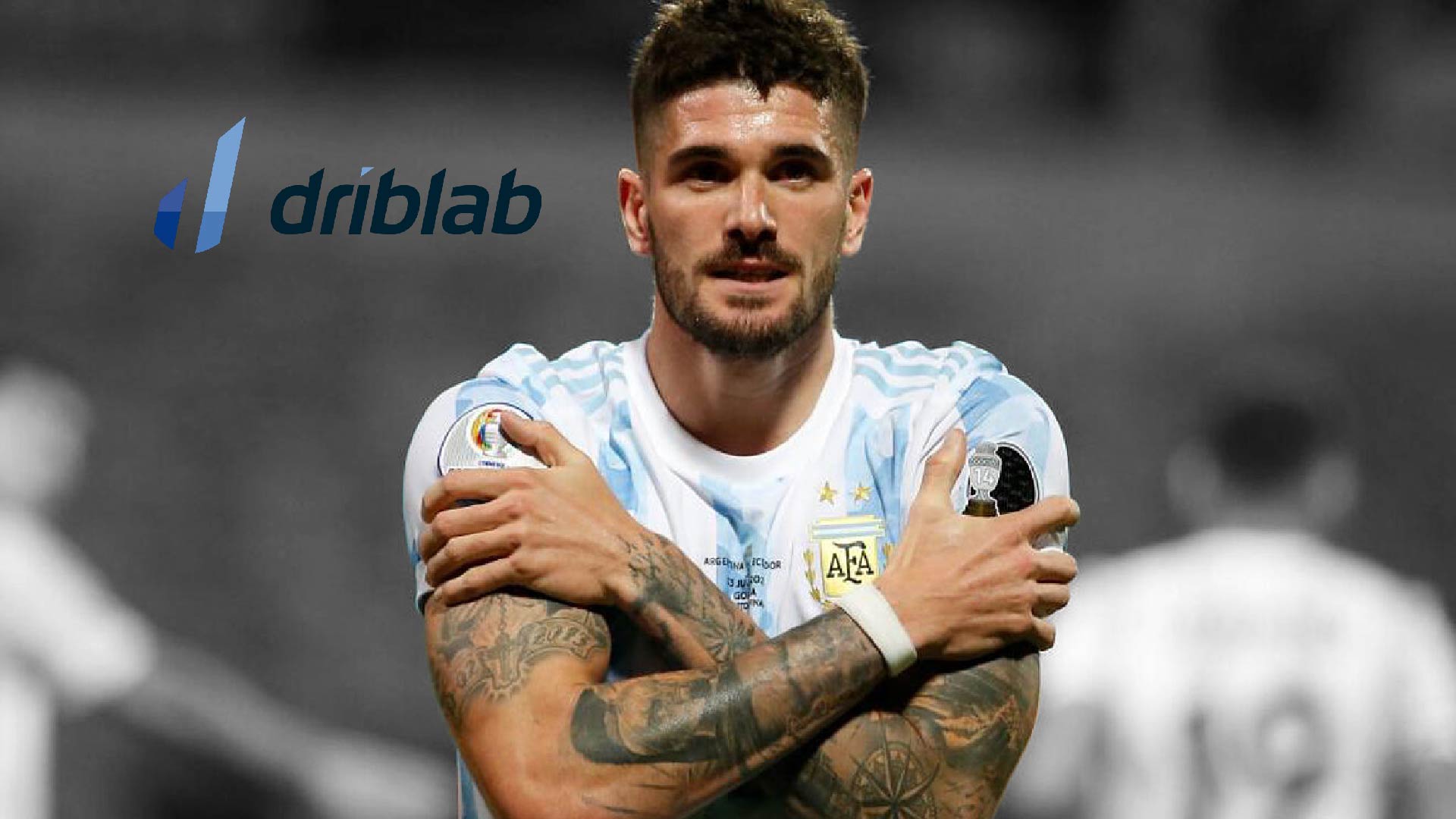 One of the biggest signings in La Liga this summer was made by La Liga champions Atletico Madrid with the arrival of Argentinian Rodrigo de Paul, a recent America’s Cup winner with Argentina and a driving force at Italian side Udinese, making him one of the most desired midfielders on the market in Europe. However, getting into Simeone’s ideas early and 100% takes time, so we set out to understand why Atletico have signed De Paul and how and where he could improve the team’s play by looking at all our available tools.

Ever since Atlético made a major shift in their day-to-day play, changing their tactical gameplan to three midfielders instead of four (two midfielders + two wide midfielders), their attacking tempo has been higher, placing attacking players – Lemar and Llorente – as wide midfielders, escorting Koke, their central midfielder. With the arrival of De Paul, originally a playmaker who has become a midfielder who plays further back, Simeone insists on the idea of having more individual resources in the centre of the pitch. His dribbling at Udinese, a constant in matches:

Rodrigo de Paul was one of the midfielders who generated the most threat in the top five leagues from his driving, dribbling, filtered passes and long passes, so he not only fits in with the Spanish champion’s ideas but increases in quality and quantity aspects that have been highly valued by Atlético de Madrid’s coaching staff, a team that also by collective structure is going to grant De Paul space to intervene from the start and break rival lines, being as vertical as Cholo seeks to be with ball in his possession.

One of the most useful metrics for measuring threat and danger is the Expected Threat (map above), which we have analysed on several occasions, and which helps to measure the offensive impact of a player carrying the ball into dangerous areas, where the probability of generating a chance is much higher. De Paul was one of the 15 best midfielders in Europe in this section. Adding to this, rather than being productive, is the personality of the player and the moment he is in. His ‘team’ statistics, which measure his relevance in multiple offensive aspects of his team (Udinese), De Paul was full of responsibility, being present in almost all of the Italian side’s offensive actions. To be more precise, Rodrigo de Paul was the second most dangerous player in his team in the five major European leagues, behind only Jack Grealish, recently signed by Manchester City.