The arrival of Uzbekistan's Eidor Shomudorov at Mourinho's Roma should not come as much of a surprise. We analyse what made him worth his move to the Giallorossi after his great year in Genoa. 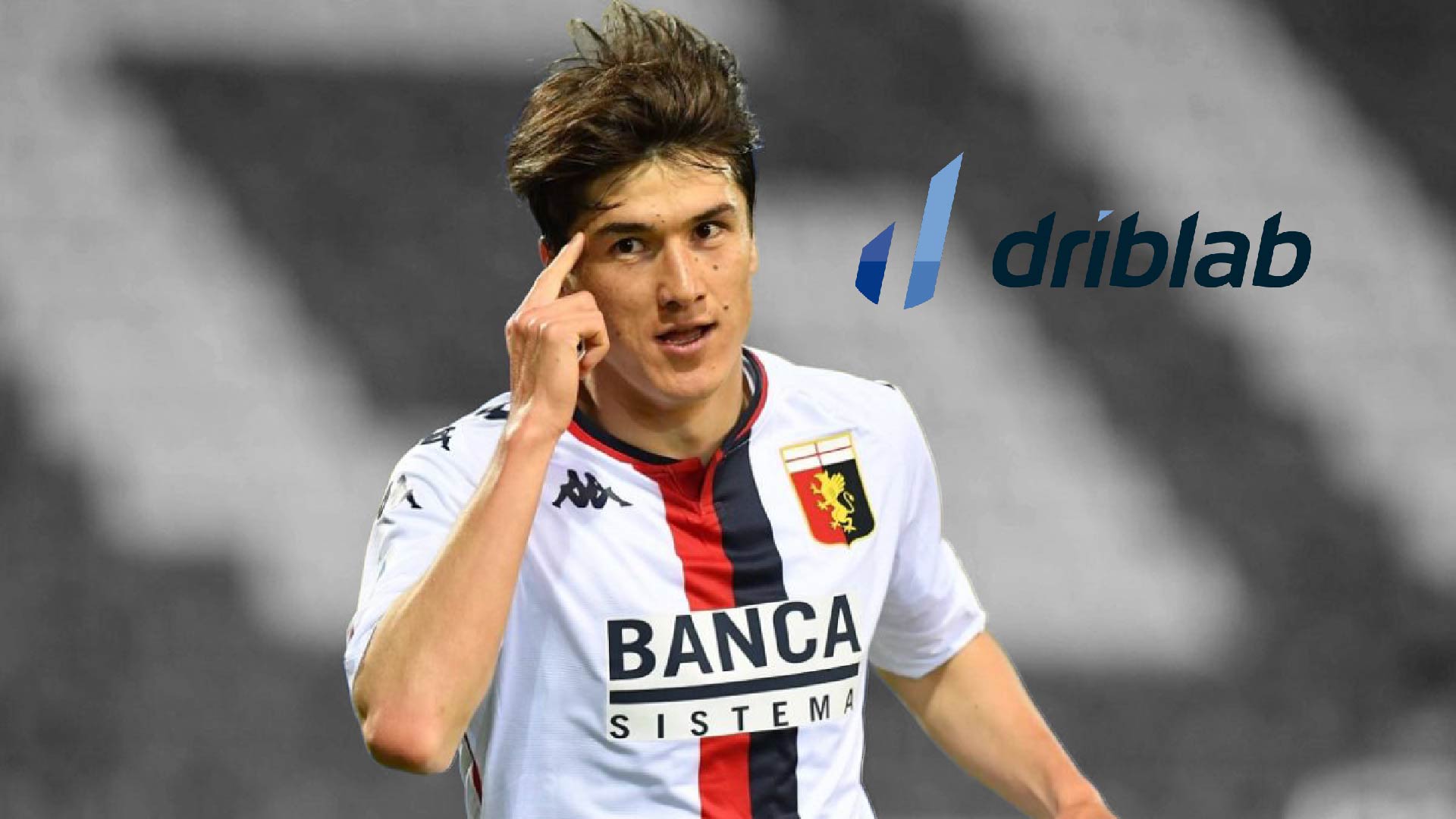 Mourinho’s purchase of 1995 Uzbek striker Eldor Shomurodov from Roma certainly didn’t raise many eyebrows, at least for Serie A fans. Having landed in Italy last summer from the Russian Premier League, Shomurodov made his name with Genoa C.F.C., scoring 8 goals and 1 assist in 31 games with the Grifone.

Following his excellent performances, AS Roma and above all his new coach, José Mourinho, have decided to bet heavily on the youngster, closing a deal worth a total of 20 million. The Rossoblù have also secured 10% on future sales.

Nicknamed the Uzbek Messi, Shomurodov is a right-footed second-row forward with good technique and the ability to move all over the frontline. Our Heat Map shows that the Uzbek striker is very dynamic and likes to play between the lines, preferring to occupy the left flank more often.

AS Roma’s new signing knows his way around the left flank, where he tries, with some success, to communicate with his teammates (his passer rating in the last 30 metres is well above the average, above 70% among strikers in the top 5 leagues), and he tries to trigger his teammates with filtering passes that can break the opponent’s defence in two. Last season in Serie A, Shomorudov managed to produce almost one key pass (0.91) per 90 minutes, making him one of the best passers in Serie A with at least 1000 minutes played. However, he needs to try harder to be more instrumental in serving assists to his teammates currently producing an xA value of 0.008 per game.

His dynamism also allows the Uzbek striker to be an important element on the defensive side of the pitch, being able to work hard for the team – just as the Special One likes – as evidenced by his levels of tackling, having an above average performance among strikers in the big 5 leagues (1.24 tackles per game). His ability to make himself available to the team is also reflected in his willingness to go out and retrieve the ball, as shown by his numbers in individual pressing (60% chance of preventing the opposing team from building the game).

Despite his 190 cm, Shomurodov’s biggest threats seem to come from his ability to attack space and depth and be very dangerous in the open field. As we can see from our radar, the Uzbek striker receives more than 3 long balls in the opponent’s half per 90 minutes of play, putting him above the average of the big 5 leagues.

Although still immature in some aspects such as aerial efficiency – especially considering his height – and presence in the opponent’s box (at the moment he averages just over 4 balls touched), the Giallorossi have certainly landed one of last season’s Serie A surprises. Will the Special One be able to bring the Uzbek striker and AS Roma to the next level?