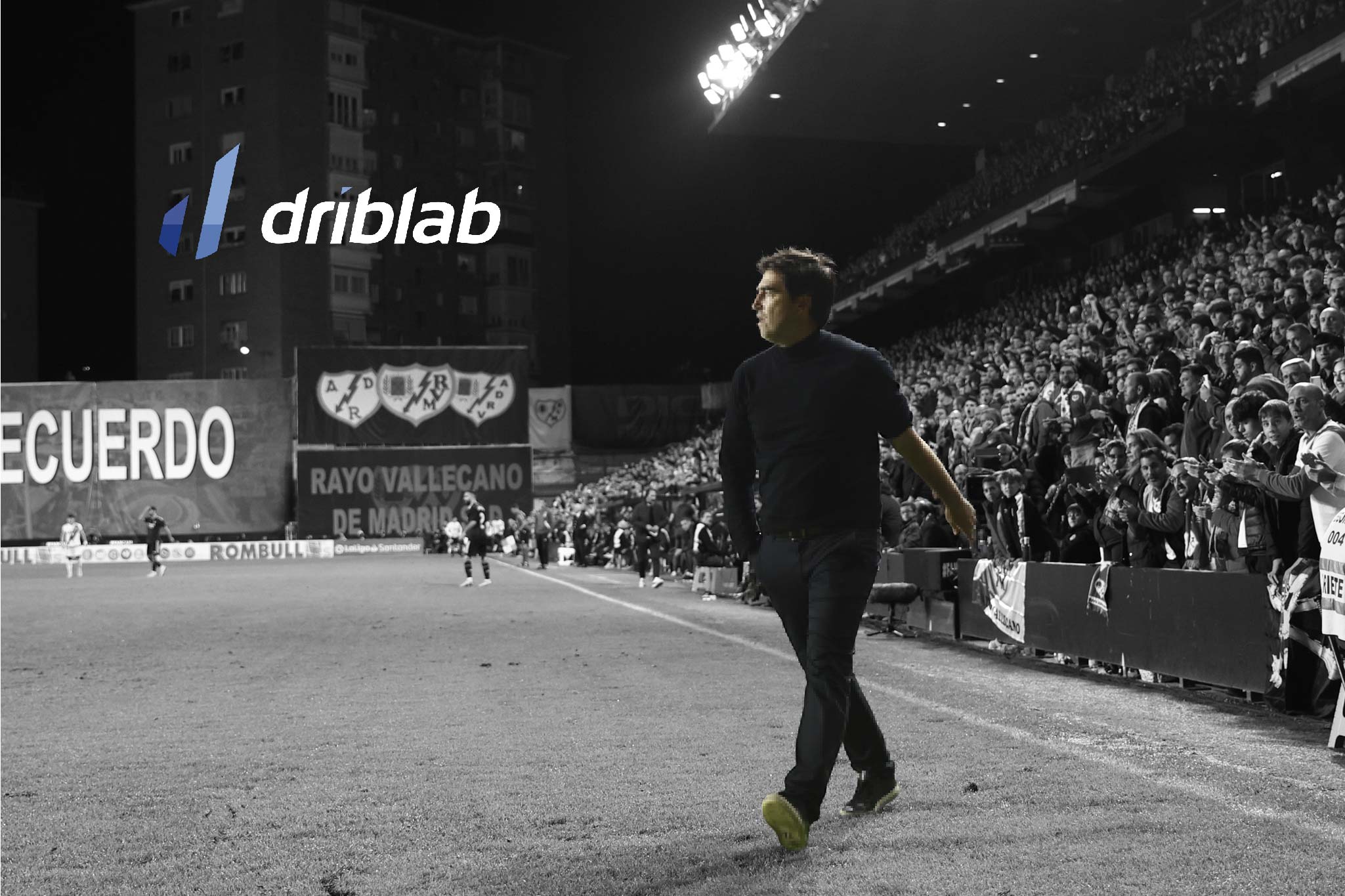 Imagine that your next opponent is Rayo Vallecano and you have to analyse them in depth. Without knowing what the analytical work of the team in question is like there is one thing that is certain: Rayo are two teams in one. In reality all teams show a different performance and conviction when they play at home than when they play away, but the case of Rayo is unique. In their stadium it is practically impossible to be yourself.

In this text we will simulate being Rayo’s opponents at the Estadio de Vallecas is our next rival and we need data to help us interpret what makes them so unique in their stadium. The first thing we must take into account is, regardless of the way they play or the coach who leads them, the pitch and its dimensions: 100 metres long x 67 metres wide, five and three metres less respectively than any other stadium in the top five European leagues. The sentence “the only limit to football is its rules” has a small appendix here with the dimensions of a pitch that acts as the first barrier to the opposition.

The second is what has made Andoni Iraola one of the most interesting emerging coaches in Spanish football and is reflected as in no other case between the performance of his team at home or away. In the following radars we can see the difference in Rayo’s defensive and offensive performance when they play at home and away.

Likewise, knowing that getting out of pressure on such a small pitch requires a lot of technical skill, Rayo is much more aggressive when recovering the ball, while away from home they take more precautions and are more conservative. In these maps we observe ball recoveries within two seconds of each turnover (Quick recoveries) and tackles made within five seconds of the turnover (Aggressive actions).

In order to win the ball back, their way of progressing gives us the keys and principles of play: advancing on the outside, turning the opponent and crossing into the box, pressing with midfielders and central defenders to win the ball back after a clearance or exit by the opponent. Of all the possessions that Rayo initiate when they play in their stadium, more than 69% end in the box by progressing from the wings.

An interesting indicator of how each team presses and at what pace they want things to happen is the PPDA (Passes per Defensive Action). Rayo, the sixth team in the five big leagues that allows the least passes before stealing or intercepting, is also the team that generates the most contrast in this metric between home and away games. When Rayo Vallecano play at home, no other club presses more.