The importance of Bayern's wingers this, and other seasons, is reflected in the statistics. Coman and Gnabry, vital for Bayern. 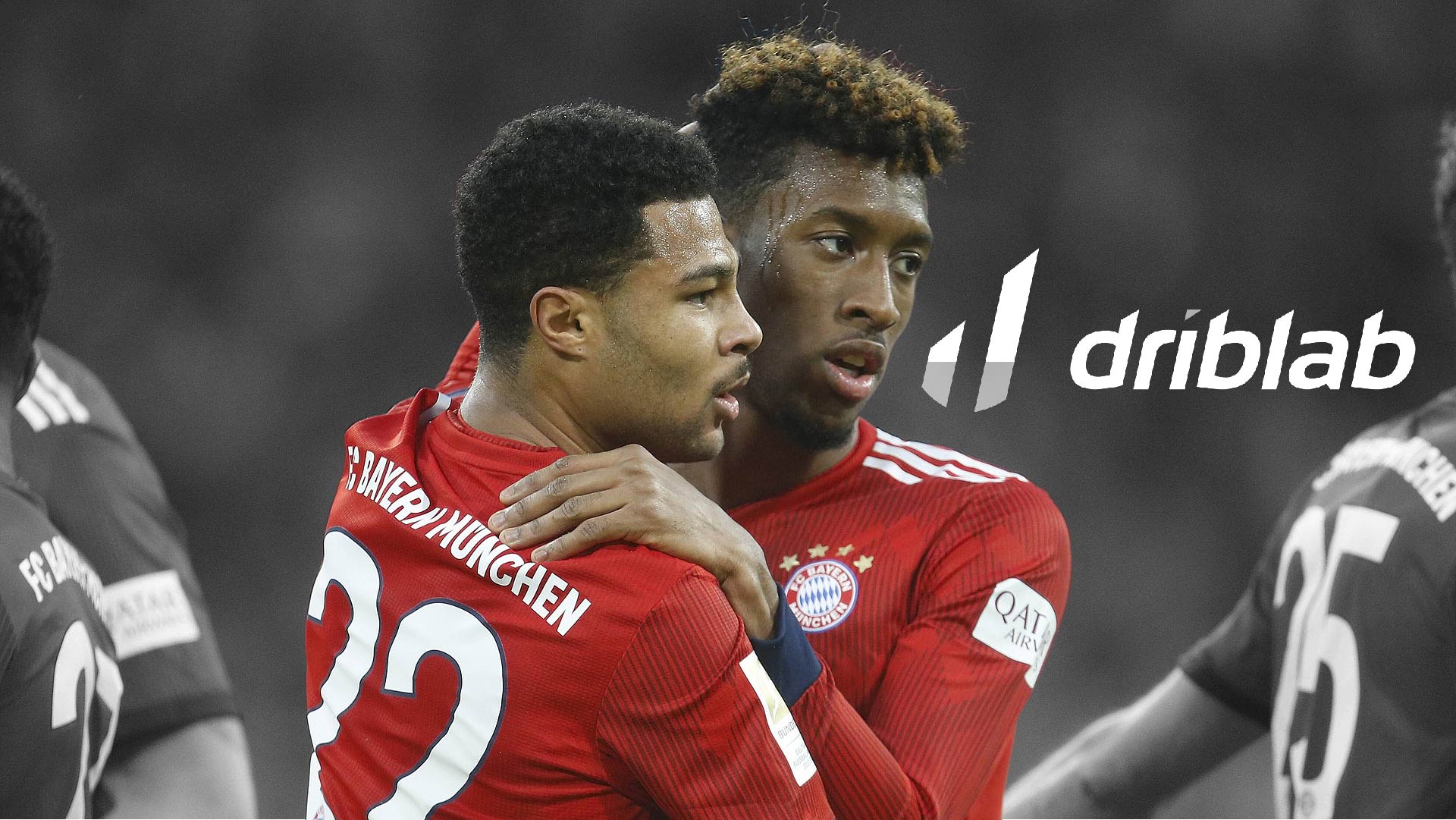 With the club season over and the summer busy with important national team tournaments, it is time to take a closer look at some of the stories that the unique 2020/2021 season has brought, diving through the metrics to try to explain what has happened in certain teams and the possibilities offered by advanced statistics to gauge individual and collective performance.

In this sense, one of the most far-sighted tools developed by Driblab from every point of view, both for professional clubs and the media, is the ON/OFF, a functionality that allows to analyse with multiple statistics the impact that specific players generate when they are or are not on the pitch, offering a very significant look at understanding the impact of certain players, as is the case of what happened in Bayern Munich with their best players.

The modern history of the Bavarian team is told from the wingers. Since the arrival of Arjen Robben in 2009, paired with Franck Ribery, the Munich team has opted for outside play and crosses into the box, even at various stages during Pep Guardiola’s time as coach, a reference point for combinative play, with Douglas Costa and Kingsley Coman wide open and ready for one-on-one play. A structure that has only been accentuated to feed one of the great strikers of the decade, Poland’s Robert Lewandowski.

After Carlo Ancelotti and Niko Kovac took over the German champions’ bench, the sporting management continued to invest in great wingers, such as Leroy Sané and Serge Gnabry. European champions under Hansi Flick, the verticality, aggressiveness and depth of their wingers once again marked the team’s style, to the point of being conditioned by the absence of these players in the 2020 season.

So much so that the difference between Bayern’s statistical performance with Serge Gnabry and Kingsley Coman on the pitch and the corresponding one when neither of them were present made a noticeable difference to the team’s play. Let’s see what the metrics say.

While their absences are due more to substitutions than prolonged absences, the aggressiveness, intensity and determination with which they play, as well as the importance of two open wingers in Bayern’s dynamic play, make a big difference to the team’s output when both are missing, as the numbers reflect.