We turn to the Polish Ekstraklasa, where young prospects  such as Jakub Kaminski who is set to join VFL Wolfsburg in the Bundesliga in 2022/23 are fighting to make the next big step. 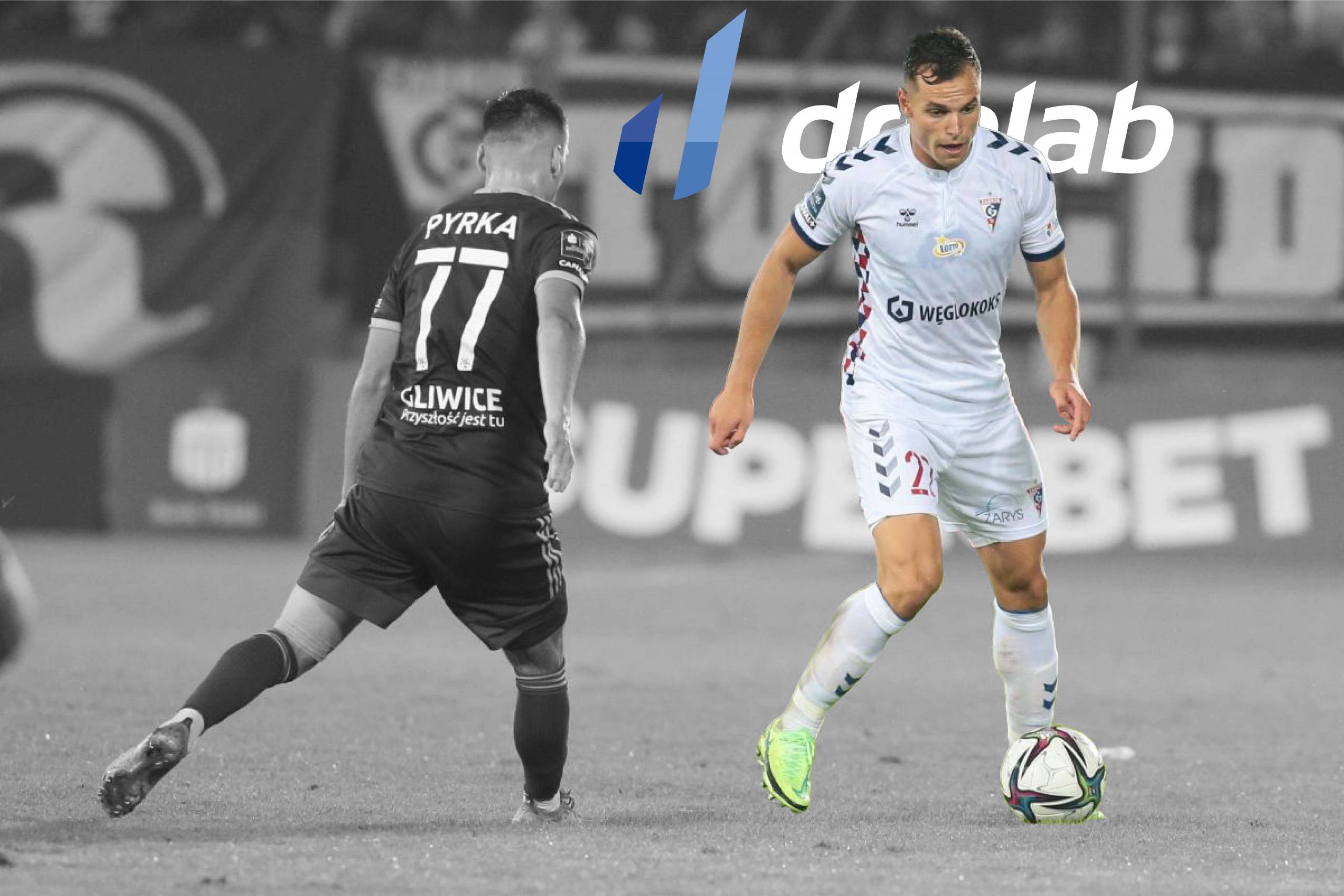 In December we carried out a search for the best U-23 Talents in the Eliteserien. We found various exciting prospects who are trying to make the big step into the top 5 European Leagues. Now we turn to the Polish Ekstraklasa, where young prospects  such as Jakub Kaminski who is set to join VFL Wolfsburg in the Bundesliga in 2022/23 are fighting to make the next big step. The league has seen young talents rise through the ranks, such as Robert Lewandowski in 2010/11 and Krzysztof Piatek in 2018/19 to name a few, and it is not showing any signs of slowing down.

Given this fact, we wanted to look at players in the Polish Ekstraklasa who are currently standing out with their performances. With the help of our tools, metrics and visualisations, we created a list of U-23 talents who are making a name for themselves in Poland.

Rafal Straczek has been on a great form this season in Poland for Stal Mielec. The 22 year old Polish national has been standing out in all the categories and that is why he appears as one of the most interesting goalkeepers in his league. He has conceded 19 goals from the 24.59 xG faced, meaning he has been able to prevent a lot of goals.

The second goalkeeper on our list is the 19 year old Mikolaj Bieganski who currently took the reigns as the number 1 keeper of Wisla Krakow. Even though he has only been in the first league for 10 games, he has already made an impact, having prevented 0.57 goals per 90 minutes, ranking him among the best in his league.

At 185 cm tall, Adrian Gryszkiewicz has been a great defender so far.  His most outstanding attribute is his tackling ability, winning 82.2% of his tackles and attempting 1.4 per 90 minutes which makes him one of the best in those metrics. He is also an exceptional intercepter, gaining back possession an astonishing 2.65 times per 90 minutes. Not only is he an aggressive defender, he also enjoys having possession of the ball and being heavily involved in the buildup game for his team Gornik Zabrze.

Another young talent in the polish Ekstraklasa, he has been able to render decently compared to the average of his league. He enjoys going into tackles, winning 95% of his above average 1.25 attempted tackles per 90 minutes. Lukasz is a capable player with the ball, completing 85% of his passes, of which 0.16 are deep passes. He is a player with a lot of potential, with the ability to grow into a strong force in the back.

Legia Warsawa’s youngster Maik is 20 years old, while Serafin Szota is Wisla Krakow’s 22 year old  starting defender.  Both players have been outstanding with their abilities on the ball. Serafin averages 83% pass completion, while Maik has achieved an outstanding 86% completion to start their respective team’s offense. They have been heavily involved in the buildup game, being players with high percentages of completed long passes.

The 23 year old Sebastian Kowalczyk has proven to be an all-round midfielder, comfortable both in the defence as well as in the offence. With a pass completion of 84%, he has been able to incur an outstanding ratio of 0.19 expected assists per 90 minutes, rendering him above the average. He enjoys having possession of the ball, being heavily involved in the buildup game of Pogon Szczecin. Not only does he not shy away from tackling, but he also wins 63% of his attempted tackles. With his constant pressing, he was able to intercept the ball numerous times to start an attack for his team.

Kacper has been one of the most underrated midfielders in his league. The 22 year old is a classic ball winning midfielder, ranking among the best in his league when it comes to defensive work rate. However it has to be mentioned that he has great abilities with the ball, completing 84% of his passes and completing 5 long passes per 90 minutes, which is nearly twice as much as the average midfielder in the Polish Ekstraklasa. He has been able to progress the ball through the pitch in order to be heavily involved in the buildup game for Legia Warszawa. His great performance has earned him a move to Brighton in England.

Lech Poznań has arguably one of the best wingers in the league within their squad. The 19 year old Jakub Kaminski has been gaining a lot of traction since joining the league, constantly creating danger through his pace and ability to enter the opponents box in order to take a shot. He has scored 6 goals throughout his 19 games and assisted 3 times. It has to be mentioned that he manages to incur a 0.29 xG ratio and a 0.27 xA ratio per 90 minutes, showing his tremendous influence during a game. His great performance has earned him a move to German club Wolfsburg.

The 21 year old Mateusz Praszelik has been an outstanding winger this season, performing extremely well in his games. He is a player that enjoys dribbling his way to the opponents box in order to take a shot. He is a tough player to dispossess, being able to progress the ball up the pitch. Even though he has not scored too many goals, he managed to succeed what was expected of him, scoring 4 goals out of the 2.48 xG and providing 4 assists from the 2.25 xA.

Patryk has been one of the league’s most prolific young strikers, having scored 4 goals making him the top goalscorer of his team. He is known to be a mobile striker, on the search for open space to attack the box. Even though he does not generate a high volume of shots during a game, he is capable of finishing with a high percentage of 22.2%. With the ball at his feet he has also been one of the best players in his league, successfully completing an outstanding 2.44 dribbles per 90 minutes.

20 year old Bartosz Bida is a great youngster, who with his incredible technical ability has been able to find free spaces on the pitch to be able to take a good amount of shots and generating a 0.47 xG per 90 minutes ratio. He enjoys attacking the box and generating danger with his runs. Defensively he is a forward that enjoys pressing the opponent non stop in order to win the ball back. Even though he has played less minutes than the season before, he has managed to improve majorly in the offence.