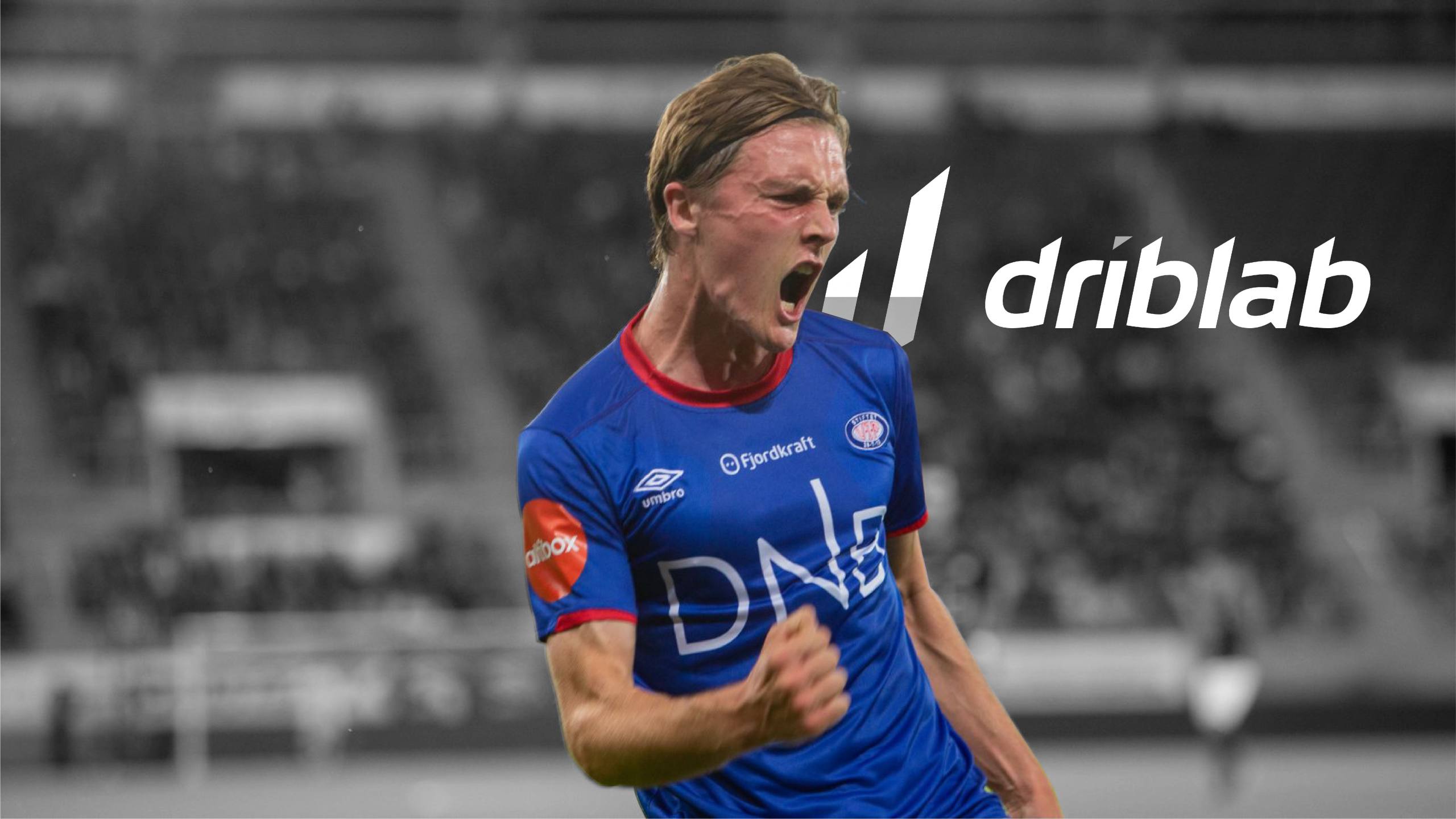 Last November we carried out an analysis of dribbling and the places where it was easiest to find it. Beyond one-on-one talent, we looked at leagues where dribbling was a more valued aspect of the game and where there were more dribbling situations. Among the top ten European leagues with the highest number of dribblers was the Norwegian league, the Eliteserien, a country from which many players are regularly acquired by the Bundesliga, Ligue 1 or the Eredivisie. And that’s where we’re going to find the best U-23s of the league, which has already ended and which has been dominated by Bodo/Glimt, who have already made a fantastic impression in the Conference League.

Deeply attacking full-back, with great presence in attack, both in completed crosses and in the creation of chances, as well as participation in the moments before the play. He is one of the best full-backs in the league at the age of 22 and his importance in team metrics speaks of a player with a great personality to take responsibility for Vaalerenga.

The New Zealand player stands out for being a complete player, with virtues both on and off the ball. Direct with the ball, he stands out for his verticality in his delivery and his good handling of the long ball. At the same level, his ability to lose very few balls, having so much weight in the construction of attacks and transitions towards the opponent’s goal. His weakness is his one-on-one defending when faced.

Among the youngest in this squad, and one of the top performers in our Driblab Score, is Norway’s Osame Sahraoui, a very skilful and deep left winger, skilful off the dribble, aggressive in passing, looking for the striker after breaking forward. Among his room for improvement, his ability to score goals, which will surely bring him closer, if he improves, to higher level teams.

Better known in recent months for his strong performance in the Conference League, Bodo/Glimt would not have been champions without the goals of young Erik Botheim. At 21 years of age, his quality in the final metres to attack the space and finish in front of the goalkeeper or to finish in more instinctive situations has put his name in a much more relevant position than it was at the beginning of the year. Undoubtedly, he is one of the top names of the championship who will soon have a chance in a high level league.

During the last two months we have developed new tools at driblabPRO that expand the resources we provide to our clients.