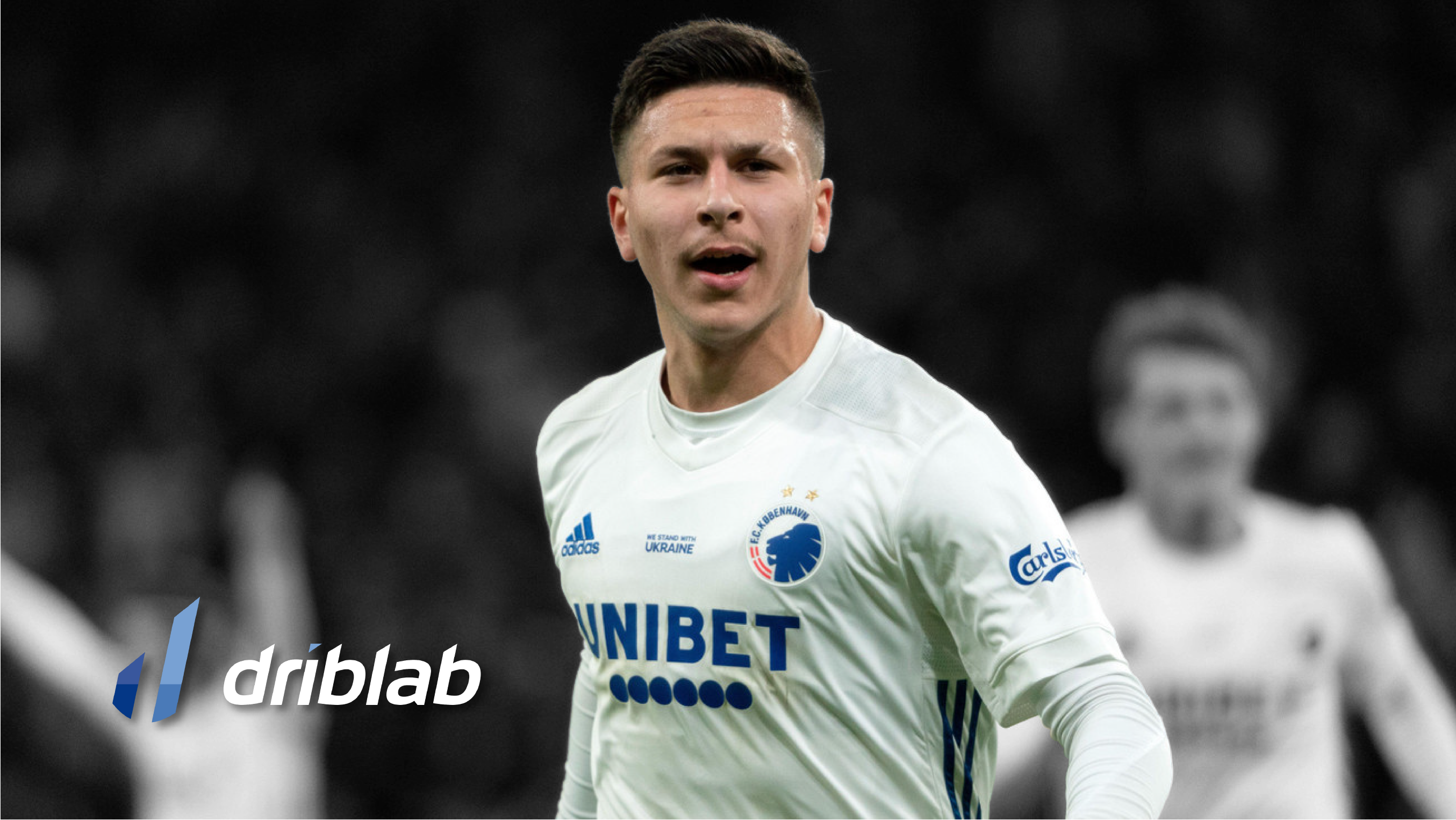 The Scandinavian countries have always been a tremendously interesting source of emerging talent. In that geographical area, Denmark stands as the strongest league and is often the last showcase before jumping to other more powerful competitions. Today it is FC Nordsjælland and København who are attracting most of the attention in this regard. Both clubs are used to playing with very young teams and often export good players. However, there are more. Driblab presents here 10 players under the age of 23 who are (or will be) most likely to make a breakthrough in the near future:

He emerged this season as one of the youngest players in Europe at Brøndby. He is a 186-centimeter playmaker who has managed to score 3 goals with only 11 shots, that is, he has a conversion rate of 27.3%. In addition to his technical quality and physique, he has an almost innate ability to arrive from the second line. He still has a lot of room for improvement at the age of 16, but he has potential in every way.

One of Europe’s most promising young talents is currently in Copenhagen. Roony Bardghji has Swedish and Syrian origins, but moved to Denmark at a young age to step up his training. We are talking about a striker who starts from the right wing to go out to his left foot in a more natural way. His technical conditions are astonishing: he has a great finishing ability, generates a more than interesting amount of expected assists and, when he develops his physique, he will improve the number of completed dribbles (which is now around 1.8 per ninety minutes, above average). He could end up being a key player.

The first goalkeeper of 2005 to make his debut in a European top tier has been Danish. Theo Sander has made an appearance this season, showing his height, speed and a good aerial game. He is still inconsistent, makes age-related mistakes and plays for a team that is second to last. The context does not help him to flow with the current. His conditions are undeniable, as is the difficulty of his present at Aalborg.

The Norwegian is the great sensation of this season in the Superligaen: after 17 rounds, his team is leading the competition with one of the youngest squads in the world and he, Schjelderup, is the top scorer in the league with 10 goals without being a striker. But in addition to his ability to put the ball in the goal, he has more than interesting expected assist metrics. Andreas is a perfect player to conquer the peak of the box from the left wing and, from there, generate chances.

He has already accumulated more than 500 minutes in league competition and his metrics are very promising. The Copenhagen center back is already outperforming the Danish average in almost every aspect. It is true that he lives in a generally dominant context, and that favors him in some aspects such as xG Buildup. In any case, there is a lot of merit in a 19-year-old defender who already performs so well in aspects such as aerial play, interceptions or tackles.

Another product of the Right to Dream Academy that explodes in Farum. Nuamah is an attacker who can play both as a winger and striker. He is an aggressive player attacking space, fast and brave. He plays a very high amount of balls in the area (6.27). Ideal for teams with many players who ask for the ball at the foot. In addition, he is doubly dangerous, as he also has dribbling: he is completing 3.18 dribbles this season. He has 5 goals and 4 assists.

The Ivorian is one of the pillars of the current Nordsjælland team. In addition to a good physique, he has fantastic conditions with the ball at his feet. He has a good foot (right-footed, but plays on the left) and a cool blood to play under pressure. He builds 0.35 xG plays every ninety minutes. He is also managing to accumulate good metrics defensively this season, especially with interceptions, which shows his good positioning and intelligence to cut. If he continues to progress, he has a pretty high roof.

James Gomez is probably one of the revelations in Denmark this season. He is playing for Horsens, a smaller team, and at the age of 21 he is putting up some very interesting numbers. He plays in a line of three center backs. His volume of tackles and interceptions is outstanding, as is his ability to deliver long passes. In addition, his 62% win rate in aerial duels allows him to be a good overall defender. Considering his age, it wouldn’t be surprising to see him leave next summer.

If we talk about young goalkeepers, you have to look at Lucas Lund. He has impressive metrics, not only this season, but last season as well. He has 0.54 goals saved every ninety minutes and opponents need almost 5 shots to score against him. He saves 75.4% of shots from inside the box and 89.5% from outside. These are really good numbers. The xGs say they “should” have scored almost 26 goals on him, but they’ve only scored 16. He’s 22 years old and 195 centimeters tall. It won’t be long before he leaves for a higher league.

Aarhus have two central defenders in their back three to look out for in the coming seasons. One of them is Yann Aurel Bisseck, born in 2000. He is right-footed, but usually plays on the left. He shines for his courage on the ball and his aerial play. He is tall and strong, but that does not prevent him to have a good long ball movement and to get almost to the opponent’s area if you let him. Next to him, Thomas Kristensen (2002) is another interesting player.