We use advanced data to detect this peculiar profile of midfielder, who combines weight on and off the ball and is even capable of getting into finishing zones 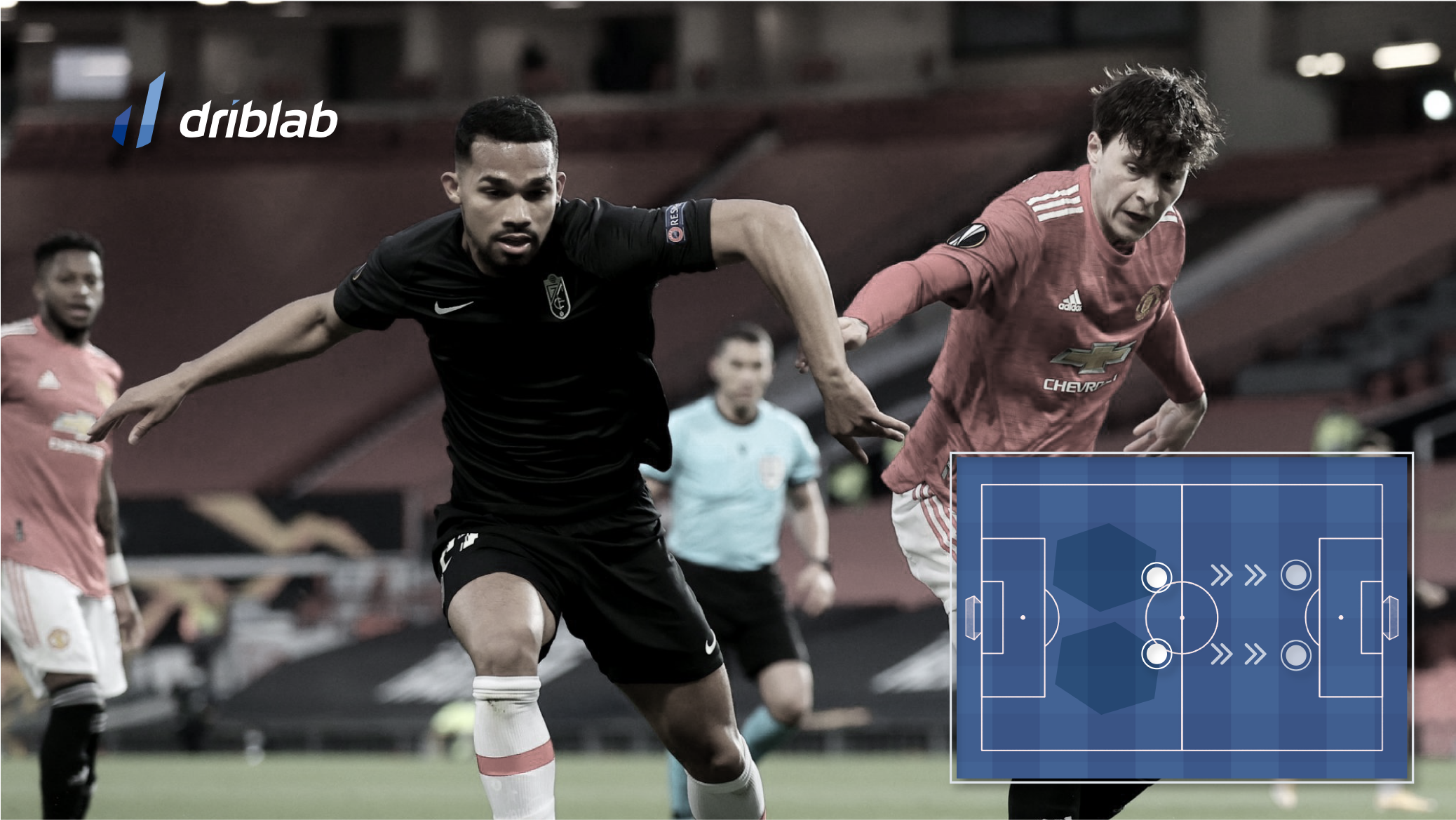 In the scouting sphere, it is important that the player or players detected fit a very specific profile. When the club wishes to sign a midfielder, this search becomes more difficult, as the factors to be considered multiply. The height of the pitch at which the player usually operates, whether he distributes the ball from midfield or from the half-spaces, the degree of defensive involvement, the frequency with which he tries to carry or whether he penetrates into the opponent’s box. This is undoubtedly the area of the field where there is the greatest variety of profiles. One of the most limited profiles -and therefore difficult to identify- is the box-to-box midfielder. This week at Driblab we have tried to find players of this particular type through advanced data.

One of the most used tools in our daily work is the parameterized search. In addition to filters of minutes played, age, height or nationality, we have the possibility of setting minimum requirements in certain metrics. In this case we are looking for a midfielder with good physical attributes, defensive contribution, ability to progress in the rival half and also to reach finishing positions, being able to finish plays in good situations (average of 0.07 xG per shot). We have introduced specific metrics such as aerial efficiency, a combination of the volume of disputes won in the air and the effectiveness the player has in those duels; or ball progression, which considers each action in which the player advances possession 10 or more metres by passing, carrying or both. As not many 2021/22 matches have been played, we have taken data from the 2020/21 season.

The resulting profiles in Europe’s top five leagues are Mikel Merino, Tomáš Souček, Yangel Herrera, Paul Pogba or Mario Pašalić. Although the latest of them showed a more similar to average performance in the aerial duels the last season, all five are players who meet the characteristics we were looking for at the start. With Manchester City set to trade for him this summer after three consecutive loan deals, Herrera was one of the most interesting profiles on this shortlist. His campaign at Granada was truly exceptional. In the three competitions the Andalusian club played in he was devastating in one-on-ones actions, with 4.37 aerial disputes won per 90 minutes and over 65% efficiency in situations in which a rival attempted to dribble him. And besides that, he got 8 non-penalty goals from shooting situations of which he was estimated to be almost half (4.54 xG). Now it is Espanyol who will enjoy his services, at least until 30 June.

If we shift the search to other leagues from UEFA, we find profiles such as Hans Vanaken (Brujas), Marcus Tavernier (Middlesbrough) or Lewis Ferguson (Aberdeen), who has also sustained his metrics on the minutes he has competed in Conference League or Europa League qualifiers over the last year and a half. Either he or Tavernier is a much lower priced player than those we have seen before (Transfermarkt – €2.20mil.; €3mil.). This indicates that there are chances of finding certain market opportunities in this kind of tracking: profiles that meet high demand parameters and yet would not mean a large outlay for clubs of a certain dimension.

Another alternative is to make the filters more flexible, which allows us to detect players with the talent to cover this type of tasks but who have not made it onto the initial list because they are slightly below the minimum in one of the required parameters. In this way, and transferring the search to CONMEBOL leagues, we have identified Giuliano Galoppo (Banfield). The 22-year-old Argentinian midfielder, who has scored 10 goals without penalties in his last 3,000 minutes in his country’s first division, has entered into our alerts in this latest edition thanks to a performance that combines a good contribution to defensive duties, strength in individual duels and reaching the final metres. In addition to Galoppo, another name appearing is the Moroccan Abdou Harroui (Sassuolo), who fulfilled almost all the requirements last season at Sparta Rotterdam. With an over 69% effectiveness rate in tackles / was dribbled, very high individual pressure values and 5 goals in open play in the 2,930 minutes he competed in the Eredivisie, he managed to catch the eye of the Italian club.

Mateus Uribe (Porto), who also fits the profile we are seeking, narrowly misses out on the results. His 54.7% in actions in which the opponent attempts to dribble him (% tackles / was dribbled) puts him below the filter we have set in that section. He is also a few tenths below the minimum in terms of the percentage of xG build up within his team. It is the same aspect that leaves Dutch midfielder Teun Koopmeiners (AZ Alkmaar) out of the search.

Seeking a replacement for Memphis Depay

With the Dutch attacker’s contract about to expire at O. Lyon, we carried out a parametric search to study possible replacements.