Seeking a replacement for Memphis Depay

With the Dutch attacker's contract about to expire at O. Lyon, we carried out a parametric search to study possible replacements. 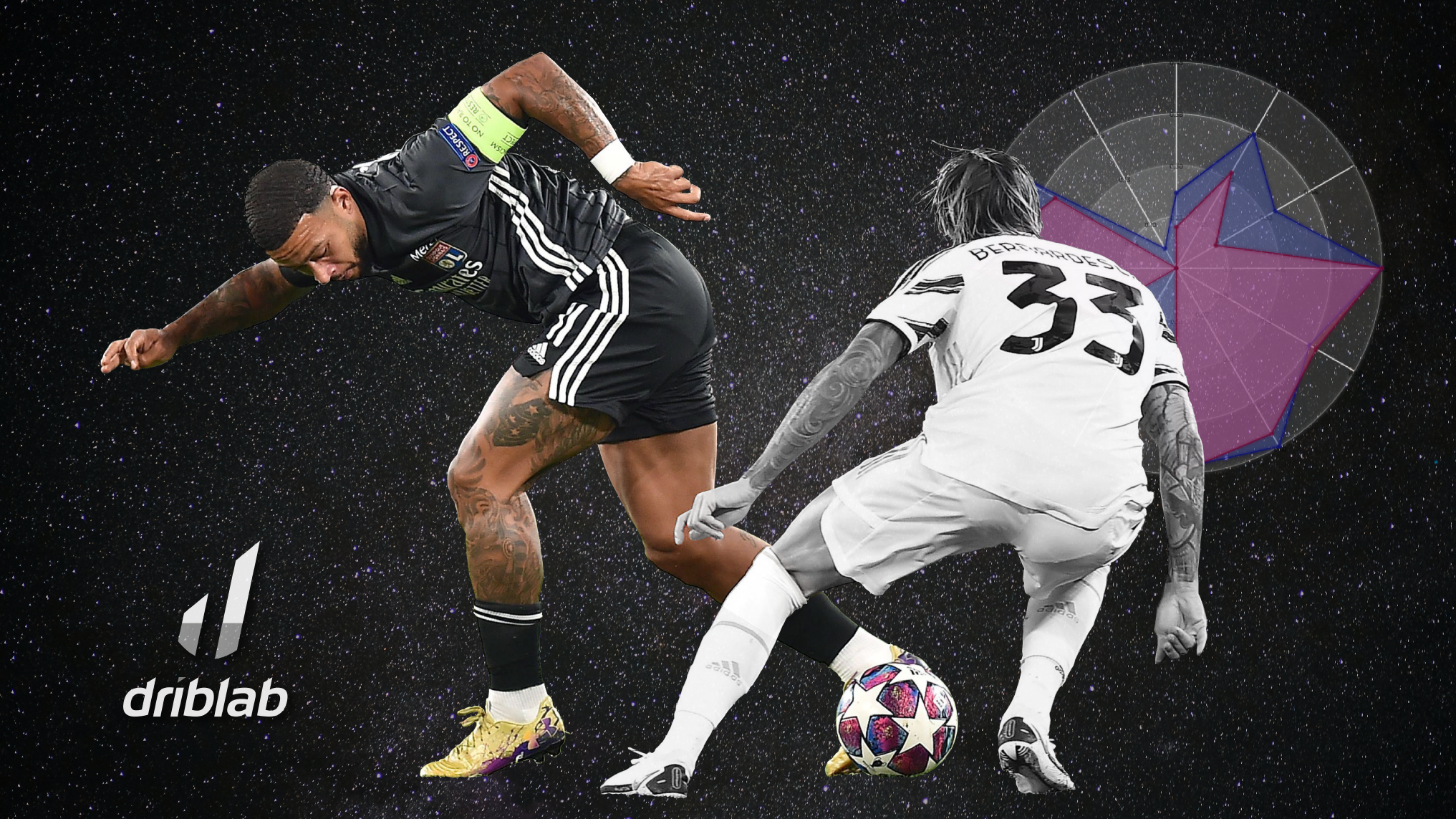 With the majority of national championships already in their final stretch, European clubs are fine-tuning the details of planning for the 2021/22 campaign. As it happens every year, by this time some of them are looking for specific targets, players whose contracts expire in June and who, for one reason or another, will no longer be linked to their current clubs. The same situation is forcing other organizations to replace players they have not been able to keep. It is not yet known what will happen with Memphis Depay, the Olympique Lyon attacker, but it is certain that if he does not renew his contract with them, their recruitment departmentt will be faced with a rather complex mission. Given the multiple rumours that place the player out of France the next season, we at Driblab have carried out different searches in order to find a replacement between 20 and 25 years old. Let’s first define what his strengths are.

Depay, who is in one of the best moments of his career, is a versatile, aggressive player who has a great impact throughout the entire offensive phase. As well as being quite accurate in association metrics (75.7% in passing), he is important in the creation of chances and is a constant menace to the rival. His value in terms of pass threat puts him in the top 10% of the most outstanding profiles in this respect if we make the cut-off in 1,000 minutes played this season in the big leagues. He also stands out in terms of touches in the opponent’s area per 90 minutes (6.4).

In order to identify possible substitutes, it is necessary to evaluate what these arrivals to the finishing zones translate into. Depay is first and foremost a clinical finisher. In his five seasons at Lyon he has scored 51 goals with shooting situations which sum only 34.8 expected goals [58 with 40.5 xG if we include European competitions]. This is due, in part, to his ability to convert shots from outside the box. We are talking about a player with a great ability to complete plays, but also with imbalance and key pass. A combo difficult to find in another profile.

When scouting players it is very useful to use filters that can provide a condensed list of names. In this case we have established minimums in terms of dribbling, finishing or other more complex parameters such as the rate of touches in the opponent’s area in relation to the team’s average total. In this way we can consider players from less offensively powerful teams. The search has included the championships of France, Germany, Spain, Italy, England, Portugal, Turkey, Russia, Brazil and Argentina.

Given that Lyon would not receive any transfer fee for Depay if he leaves the club [at the end of his contract] and that Ligue 1 is going through a delicate economic moment after the break-up of its agreement with Mediapro, the maximum market price established in this search is 30 million euros (Transfermarkt values). These are some of the names that have emerged:

Milot Rashica (Werder Bremen, 1996) · A player with great shooting skills, good success rate in relation to his xG totals since he arrived in Germany and also skillful in the execution of set pieces.

Khvicha Kvaratskhelia (Rubin Kazan, 2001) · Fast, highly unbalancing in one-on-one situations (4.26 successful dribbles per 90 minutes) and a lot of presence in the final metres. He has some room for improvement in his decision making, but he has an interesting projection. His finishing ability, already seen in international matches, has led to him being linked with several clubs in the big leagues.

Amine Gouiri (Nice, 2000) · Although he is an option that is likely to be discarded from the get go -he grew up at Lyon’s academy and was sold last summer for 7 million euros- Gouiri is one of the players who best fits the profile we are looking for. He shows versatility, good ball handling and is always a threat coming from the outside into the box.

Nikola Vlašić (CSKA, 1997) · Second consecutive year above 10 goals in the Russian Premier League. Although he sometimes plays a role closer to the build-up, the way Vlašić solves in the final metres makes him a player to consider in this search.

Rony da Silva (Palmeiras, 1995) · More of a gamble than other names on this list because of the leap from Brazil to France. Despite this, an aggressive player, with overflow and a lot of presence in the finishing areas. He was Guimarães’ teammate at Ath. Paranaense and in his first year at Palmeiras scored 11 goals and 10 assists in 2790 minutes.

OPTIONS THAT APPEAR WHEN MAKING THE FILTERS MORE FLEXIBLE

Gonçalo Guedes (Valencia, 1996) · Although muscular injuries and Valencia’s sporting instability have not allowed him to exploit his full potential, we understand that Guedes remains a profile to bet on in the medium term. His ability to convert shots from difficult positions makes him a special player.

Josip Brekalo (Wolfsburg, 1998) · His performances have dropped slightly from last season, but he is a player who interprets the game well, threatens with diagonals and has a good outside shot. 22 times international for Croatia.

Justin Kluivert (Roma, 1999) · He is going through a bad moment and that is precisely why he could be an opportunity -still 21 years old-. His ball handling, dribbling and volume of runs into the box stand out. Can improve his shot selection.

We use advanced data to detect this peculiar profile of midfielder, who combines weight on and off the ball and is even capable of getting into finishing zones