With the Champions League title at stake, we find out with our metrics where City and Chelsea's growth has been to reach the final. 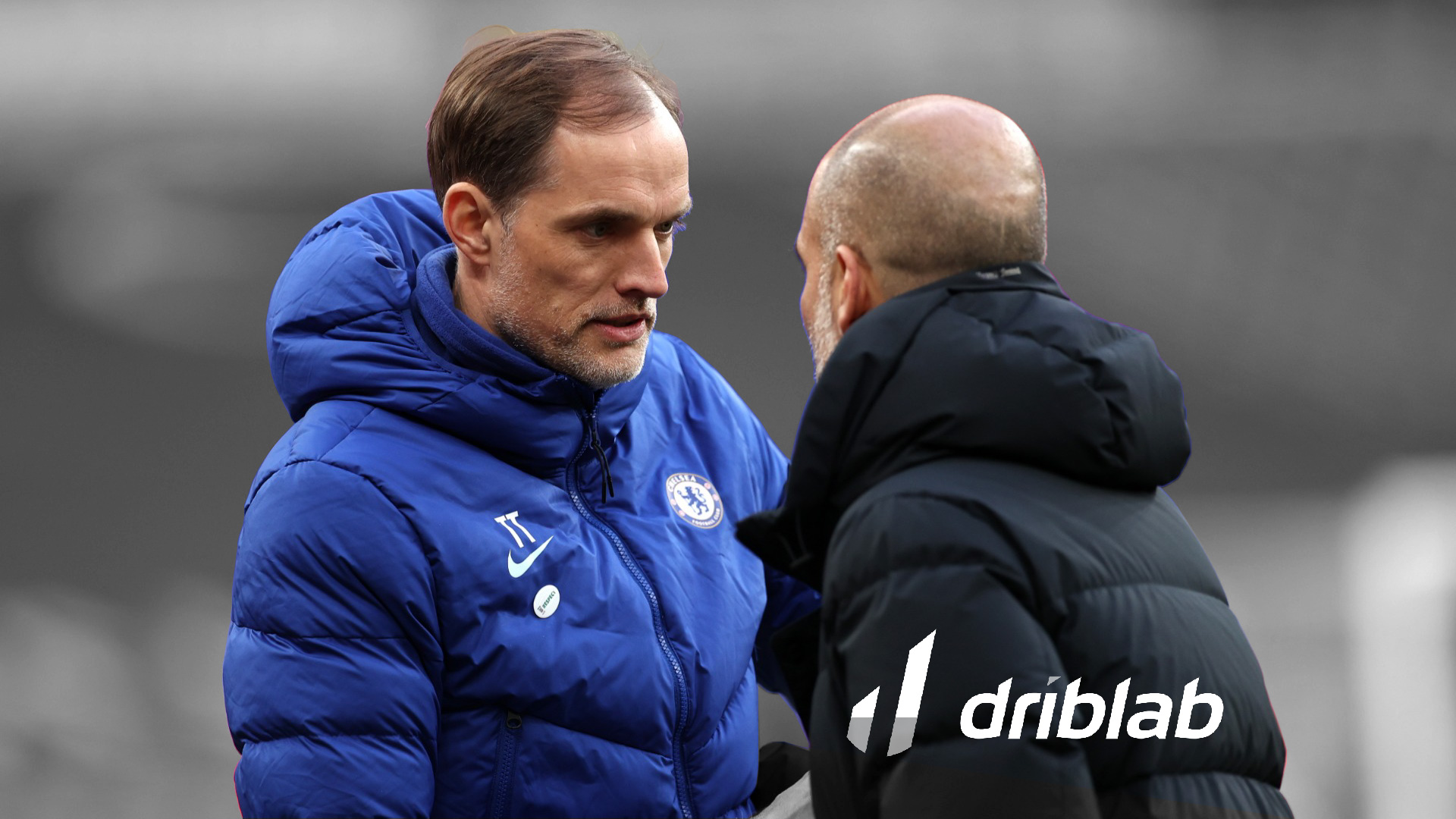 Do Dragao brings the club football season to an end with the celebration of the Champions League final, in a new match for the highest continental title between two English clubs, as happened in 2019 (Tottenham vs Liverpool) and in 2008 (Manchester United vs Chelsea). On this third occasion, it will be the turn of Manchester City and again Chelsea. Between the two, only one title, the one won by the Blues in 2012, and two very different moments: Guardiola, in his fifth year, looking for his third Champions League title and his first with the Citizens; Tuchel, who arrived at the end of January to build, in record time, an extraordinary team after reaching the final a year earlier with Paris Saint-Germain.

To get a good reflection of how the two teams have evolved to reach the final, our metrics offer a variety of options to measure these dynamics. Focusing on two aspects, first the reason for each team’s collective improvement and the previous encounters, we break down the 2020/2021 Champions League grand final on a statistical and performance level.

After four years of dominance in the Premier League but big upsets in Europe, Manchester City and Pep Guardiola have found the defensive stability they have longed for at the highest level, a fundamental aspect to approach a knockout round and not make serious mistakes that have penalised them over the years. Unlike in the Premier League, Guardiola’s City were much more vulnerable after 180 minutes, they were not in control of the situation and their defensive balance was not solid when defending so high up the pitch. All that has changed.

In order to explain this defensive improvement, here we bring back the article we wrote about the importance and impact of Ruben Dias and John Stones at the back for the English champions, and how in their absence, Manchester City have been much more vulnerable. Ever since the Portuguese and Englishman paired up in defence, City began to build a wall.

Alongside them, as we see in the graph above, Guardiola’s side have been improving their defensive numbers in the Champions League, linked with their ability to build more play and combine more frequently. The verticality of three seasons ago, with 37 passes per shot, contrasts with today, where they average 13 more passes per shot taken, a hugely significant difference and one that has given them much more control and defensive reliability to their pattern of play.

For their part, Tuchel’s Chelsea have also improved in all sorts of defensive metrics since the German’s arrival. By switching to three centre-backs and organising the team to play much more closely together, reducing the distance between players, Chelsea have been a very committed team defensively, leaving no space between their lines and also being very aggressive on the ball after every recovery.

In contrast to the Premier League, the player who has allowed Tuchel to change his defensive height and to find steals and quick runs is none other than Ngolo Kanté. His performance in the Champions League has been absolutely decisive, especially in the semi-final against Real Madrid, where through his steals, his ball progressions and his dribbles he broke Zidane’s defensive structure in two and accompanied from the back Pulisic, Mount, Werner… .

Alongside this, it is interesting to look at the clashes between the two managers this season, both in favour of Thomas Tuchel, an admirer of Guardiola and his understanding of football. In both, the games were hugely tight, with hardly any space or clear chances and with Guardiola’s later adjustment providing some clue as to the consistency of a Chelsea side that Manchester City failed to dominate with ease.

If in the first of the two matches, belonging to the FA Cup final, with a title at stake, Chelsea conceded more of the ball (44% possession, to Manchester City’s 56%), in the second match, Guardiola was not only more conservative (48% possession) but changed his tactical design and replicated Tuchel’s three centre-backs with a 3-1-4-2 that shows the importance of the board and the plan for the final, given the extreme equality and reliability of both teams in so many parameters of the game.